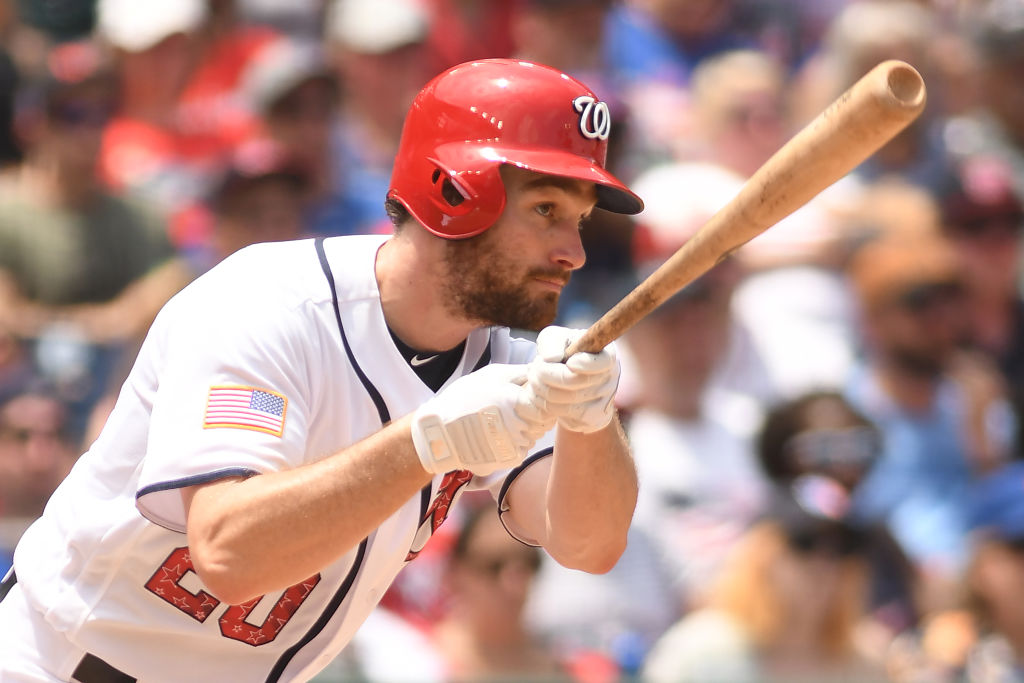 The Chicago Cubs acquired second baseman Daniel Murphy from the Washington Nationals on Tuesday.  Murphy is a free agent after this season and is batting .300 in 56 games for the Nats in 2018.  He didn’t make his 2018 debut until June after undergoing off-season right-knee surgery.

The previous rankings are with a minimum 1,000 plate appearances with the club.

So, what does this mean for each club?

The Cubs receive a prominent hitter to add their lineup.  Murphy is a primarily a second baseman, but has also seen time at first base for Washington this season.  Keep in mind, the Cubs have a crowded infield with Anthony Rizzo, Javier Baez, Addison Russell and David Bote.  This doesn’t even include former National League MVP Kris Bryant, who’s currently on 10-day DL due to left shoulder inflammation.

I would be surprised to see Murphy in the outfield.  He’s made 57 starts there during his career, but none since the 2009 season.  I also doubt Chicago would start him due to his aforementioned knee procedure last off-season.

Let’s be clear on one thing.  Murphy is on the Cubs for his bat and no other reason. The club clearly didn’t acquire him for his glove.  Murphy is considered one of the worst defensive players in the majors.  Below is an example of the worst defenders in MLB since the start of 2011, based on Defensive Runs Saved (also known as DRS).  According to Fangraphs.com, DRS is a stat “that rates individual players as above or below average on defense.”

Since the beginning of the 2011 season

So, based on DRS, Murphy is the second-worst defender in Major League Baseball since the start of 2011.

However, the three-time National League All-Star may have to earn the good graces of the Wrigley Field faithful.  In 2015, Murphy’s Mets defeated the Cubs in the National League Championship Series.  Murphy was named the MVP of that series, batting .529 with four home runs and six RBI during the Mets’ four-game sweep of the Cubs.  Chicago did go on to win the Fall Classic the following year, but Murphy no doubt left a bad taste in the mouths of fans across Illinois.

Washington seems to be looking ahead to the future.  Murphy is a free agent at the end of the season and I doubt he will sign back with the Nationals.  If anything, he’ll sign with an American League club and serve as a DH.  The Nationals received infielder Andruw Monasterio from Chicago in the deal.  Monasterio is 21-years old and was signed by Chicago out of Venezuela.  He played mainly second base and shortstop for Chicago’s Advanced Single-A affiliate this year.  He’s also batting .263 with 10 stolen bases in 109 games this season.  In addition to Monasterio, the Nationals will receive either a player to be named or cash considerations from the Cubs.

This was the first of two moves by the Nationals on Tuesday.  They also sent first baseman/outfielder Matt Adams to the Cardinals.  However, according to MLB Network’s Jon Heyman, the Nationals are expected to keep Bryce Harper for the rest of the season.  Harper is also a free agent following a 2018 season, but it appears Washington won’t trade their young superstar—perhaps in the hopes of re-signing him for 2019 and beyond.

Washington trails the first place Atlanta Braves by 7.5 games in the National League East standings.  With just 37 games remaining, the Nationals’ chances at the playoffs are—while not impossible—highly improbable.

Baseball - Or So He Thought, Cubs, MLB, Nationals, Trending Now