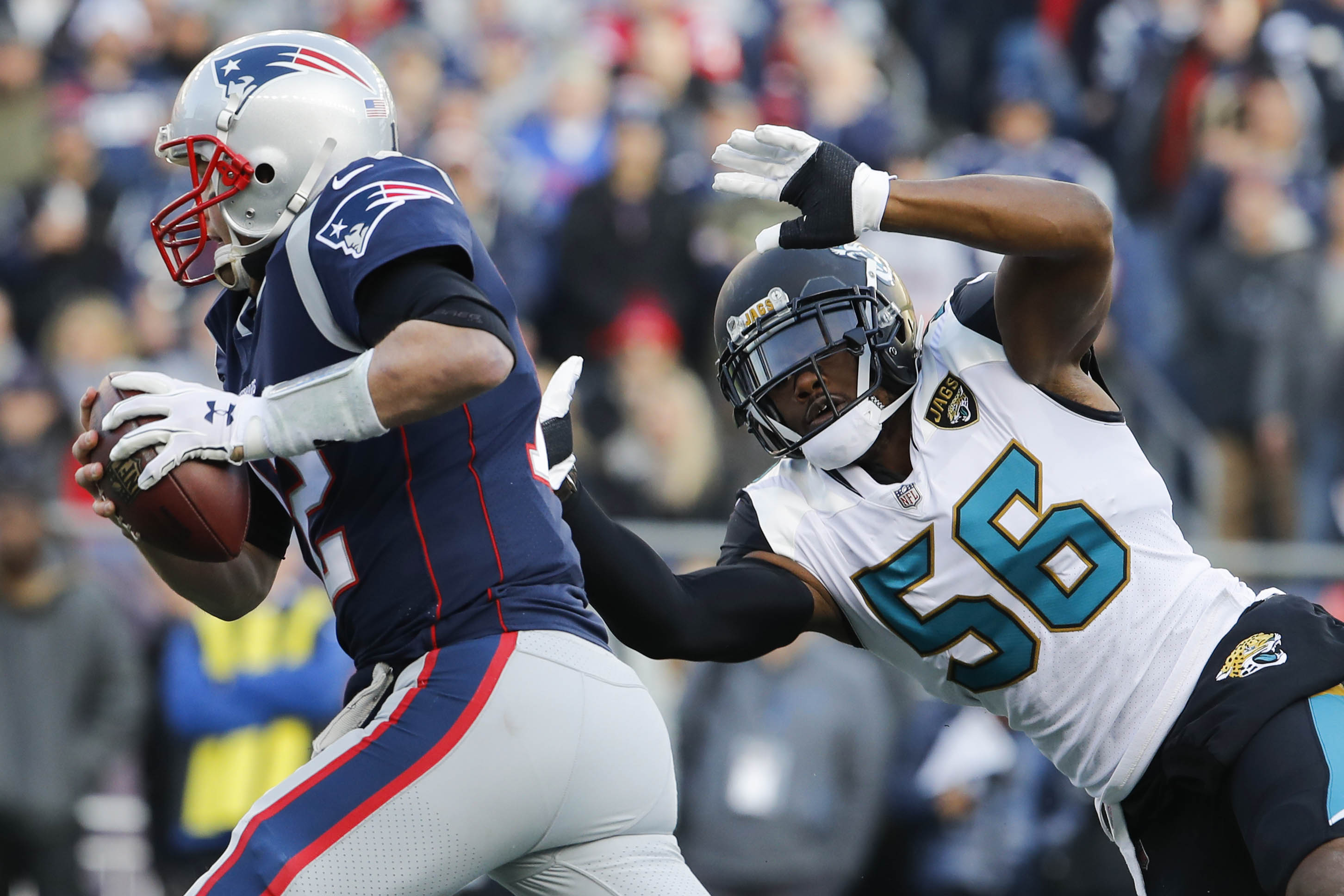 The Jets have their eye on a pass rusher that could potentially transform their defense into one of the league’s best.

New York has done a tremendous job over the past two years building their secondary but they’ve struck out in trying to find a pass rusher.

Dante Fowler could be the player that this defense has been missing for years.

According to a report by Manish Mehta of the Daily News, the Jets have reached out to the Jaguars gauge their interest in trading the talented, yet troubled outside linebacker.

Fowler, 24, has been an enigma since Jacksonville used the third overall pick on him in the 2015 draft. His talent is obvious but the former Florida Gator has not been able to put it all together for the Jaguars for a myriad of reasons.

After losing his entire rookie season to an ACL injry, Fowler had just four sacks in 2016 but came on strong last season with eight sacks, including two in the playoffs.

Still, his emerging play on the field has been overshadowed by his problems off the field.

Fowler was suspended by the Jaguars organization for “conduct unbecoming a Jaguars football player” after being involved in several fights in practice. He’ll also be suspended for the first game of the season stemming from a 2017 arrest.

Despite the baggage, Fowler makes a ton of sense for the Jets despite a potential big price tag of a premium draft pick.

He would immediately become the Jets best pass rusher on the edge and Fowler’s presence will open up the interior of the line for Pro Bowler Leonard Williams, who faced more than his fair share of double-teams a season ago.

Fowler is also in the final year of his rookie contract as the Jaguars did not pick up his fifth-year option. So, if he’s a bust, the Jets can move on after the season.