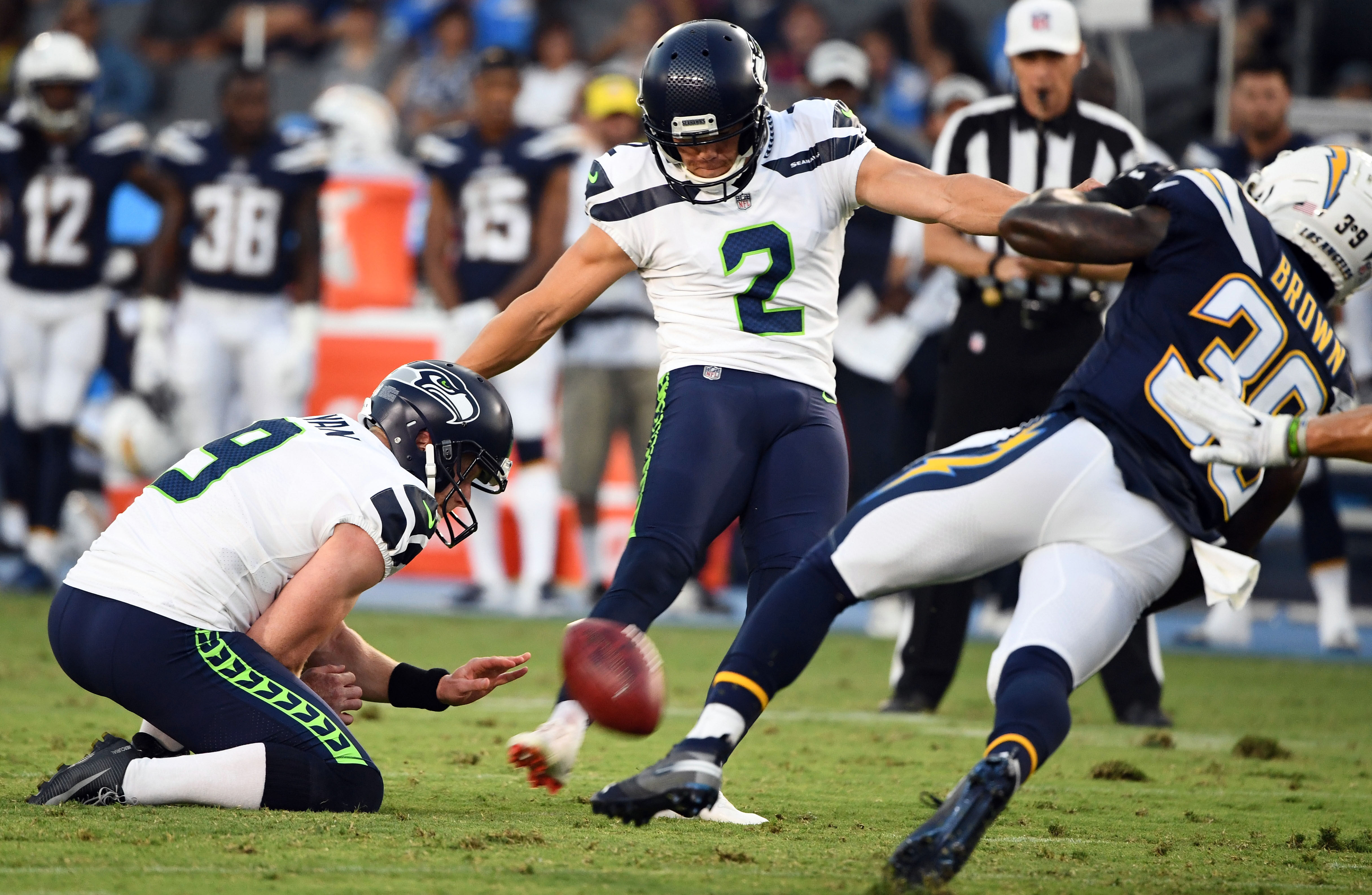 The Jets have claimed former Seahawks and Jaguars kicker Jason Myers off of waivers furthering speculation that Cairo Santos will not be ready for the regular season.

Santos has mysteriously been absent for most of camp as he recovers from groin surgery after a tumultuous season with the Chiefs a year ago. Taylor Bertolet, who hasn’t kicked in a regular season game has handled the kicking duties in New York’s first two preseason games.

Myers was cut by the Seahawks on Monday after losing a camp battle with veteran Sebastian Janikowski.