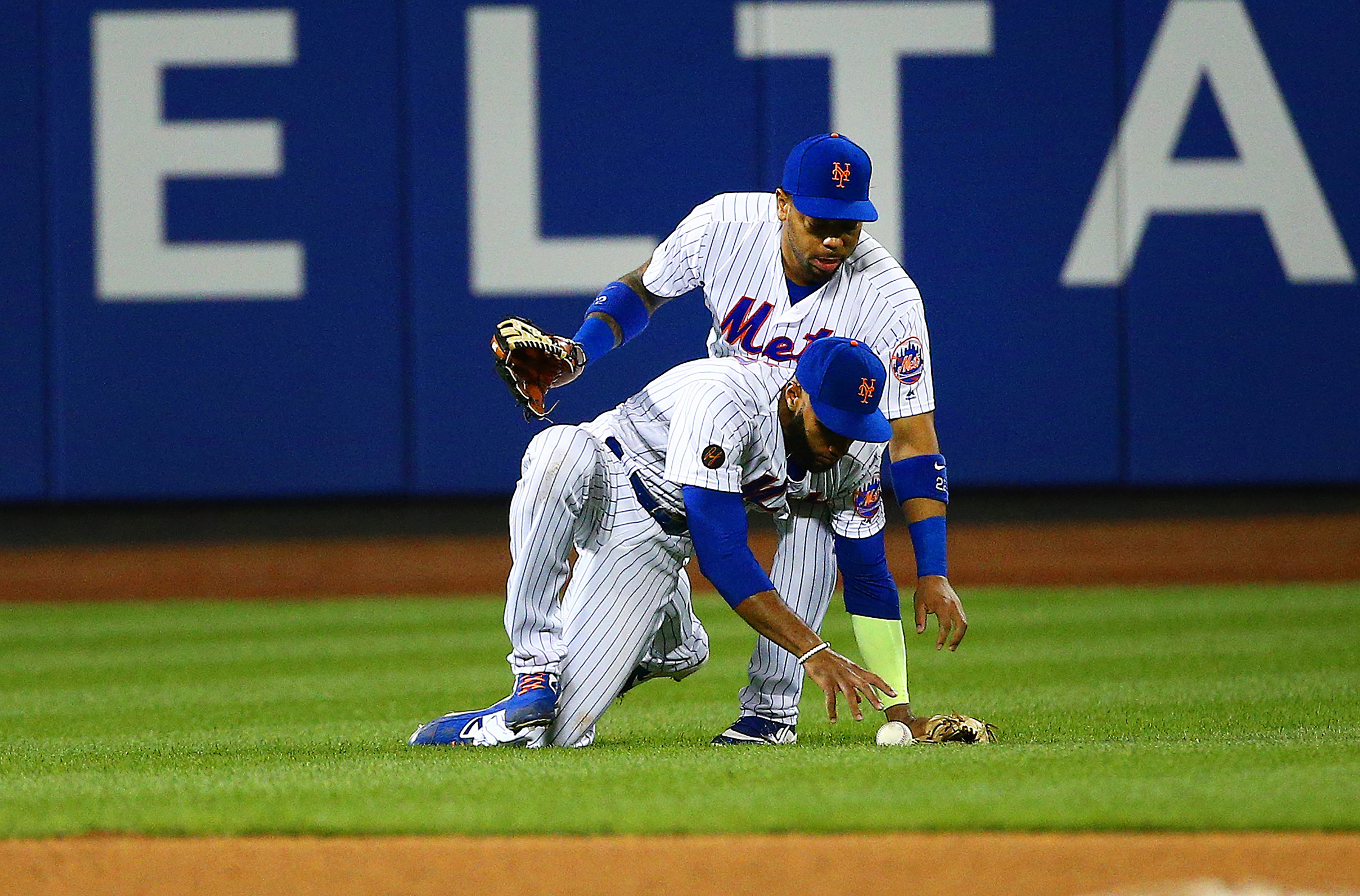 The signs coming out of the New York Mets of late are that top prospect Peter Alonso won’t make his big league debut this season due to concerns about his defense. Alonso, who is hitting .276 with 30 homers and 107 RBI’s in the minor leagues this season, is reportedly a bad defender at first base but has been working hard to improve in that area. The plan appears to be to send Alonso to the instructional league after the Las Vegas 51’s season ends in order to get him some individual instruction, Matt Ehalt of NorthJersey.com reports. It may not be a popular take, but if the Mets are serious about prioritizing their defense, the choice not to bring up Alonso makes sense. What doesn’t make much sense is the fact that the Mets continue to play people out of position at the big league level, and it bit them in the butt last night, when Dominic Smith (a first baseman by trade) collided with Amed Rosario, causing the shortstop to drop an inning ending pop up in the top of the 13th.

If the Mets are going to be all about improving their defense, this type of situation cannot happen. Dominic Smith is not an outfielder, and if he is going to play he should get his at bats at first base. The Mets made matters worse by starting another infielder, Jack Reinheimer, in left field to begin the game simply because he was a right handed hitter. Reinheimer already started in left a few times over the weekend and took a terrible route to one ball, allowing a double to fall in and cost the Mets some runs. The Mets have also played Jose Reyes routinely despite the fact he is bad defensively at multiple positions, used Michael Conforto and Brandon Nimmo in center field despite the fact that both are better in the outfield corners, and played Jose Bautista at both first and third base in order to keep his bat in the lineup. The situation is also going to get interesting since the Mets are going to let Jay Bruce try his hand at first base to try and find a home for him in 2019, at least on a part time basis.

There is a case to be made about the value of versatility in baseball, especially when teams like the Chicago Cubs play people all over the field in order to take advantage of matchups. The Mets’ players are technically versatile since they can play multiple positions, but there is a different between simply standing in the field at a few positions and actually being a capable fielder at them. Playing guys like Smith and Reinheimer in the outfield isn’t about versatility, it’s simply about the team’s obsession with shoehorning certain players in the lineup on a given day. Offense is important, but it shouldn’t come at the expense of defense on a team that is ideally built on a strong starting rotation.

The Mets have started to address the elephant in the room, bringing in a guy like Austin Jackson to start in center field for the rest of this season. Jackson may not be the greatest defender in center field, but he is a capable performer out there and can handle the position on an every day basis for a lot of teams. The Mets have also let Jeff McNeil stick at second base instead of moving him all around the diamond, and McNeil has actually looked very good defensively at a position he is used to. This is a lesson that the Mets need to consistently apply going forward, and not simply throw an infielder into the outfield for the sake of filling out the lineup card. If Alonso won’t be called up yet because his defense isn’t at an acceptable level for the major leagues, the Mets can’t get away with playing Smith in the outfield on a semi-regular basis just to get him at bats. They simply can’t have it both ways if defense is going to be more of a priority going forward.