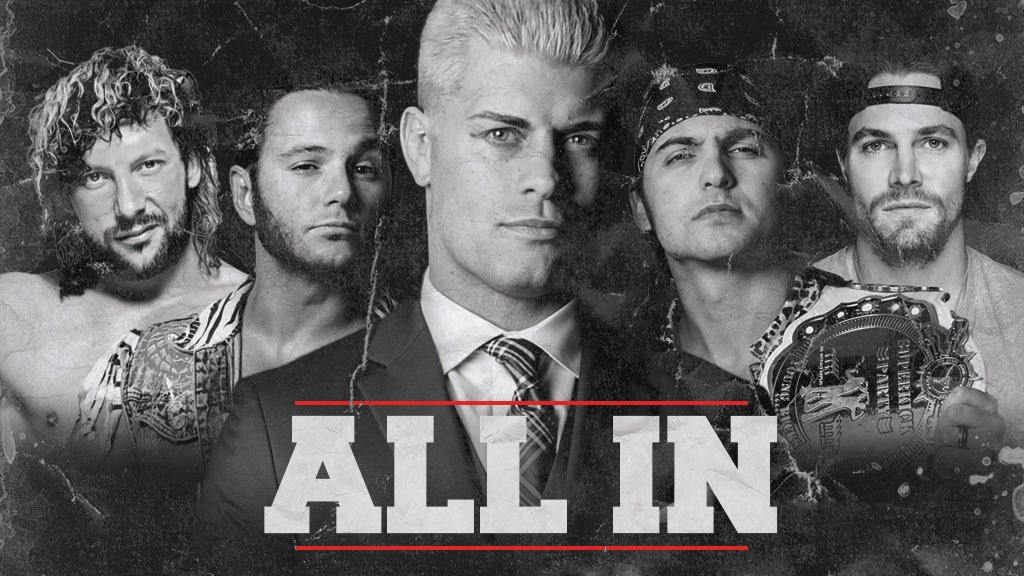 Independent pro wrestling has never been hotter than it is right now. Many companies are currently operating outside of Vince McMahon’s WWE but the two that stand out from the rest are New Japan Pro Wrestling and Ring of Honor Wrestling.

The best of both companies are coming together on September 1 when ALL IN takes place in Chicago. ALL IN is the brainchild of Cody Rhodes and The Young Bucks, who are operating together to bring fans an unforgettable night of action. But could it be that the trio is already discussing ALL IN 2?

Pro Wrestling Sheet is reporting that Cody and The Bucks’ recent appearance on Chris Jericho’s Talk is Jericho podcast seems to be a foreshadowing of another ALL IN event.

The Young Bucks’ Matt Jackson talked about the idea, especially as it pertains to drawing a larger crowd than the 10,000 plus that will see ALL IN on September 1.

Matt went on to talk about potential locations for the event on the west coast, which could include The Los Angeles Forum. But Jericho seemed fascinated with the idea of ALL IN 2 happening in Madison Square Garden.

“I would love to see what happens if you guys do Madison Square Garden, because the old man is not going to stand by,” a laughing Jericho replied. “It’s definitely an option,” Matt replied.

It’s interesting to note that MSG will host the G1 Supercard, a ROH and NJPW cross-promoted event in April of 2019. That show has been the talk of the wrestling world, mostly because it is taking place during WrestleMania 35 weekend and is competing head-to-head against NXT Takeover on the same night.

No official news has been announced by Cody Rhodes or The Young Bucks concerning whether or not ALL IN 2 will indeed happen.