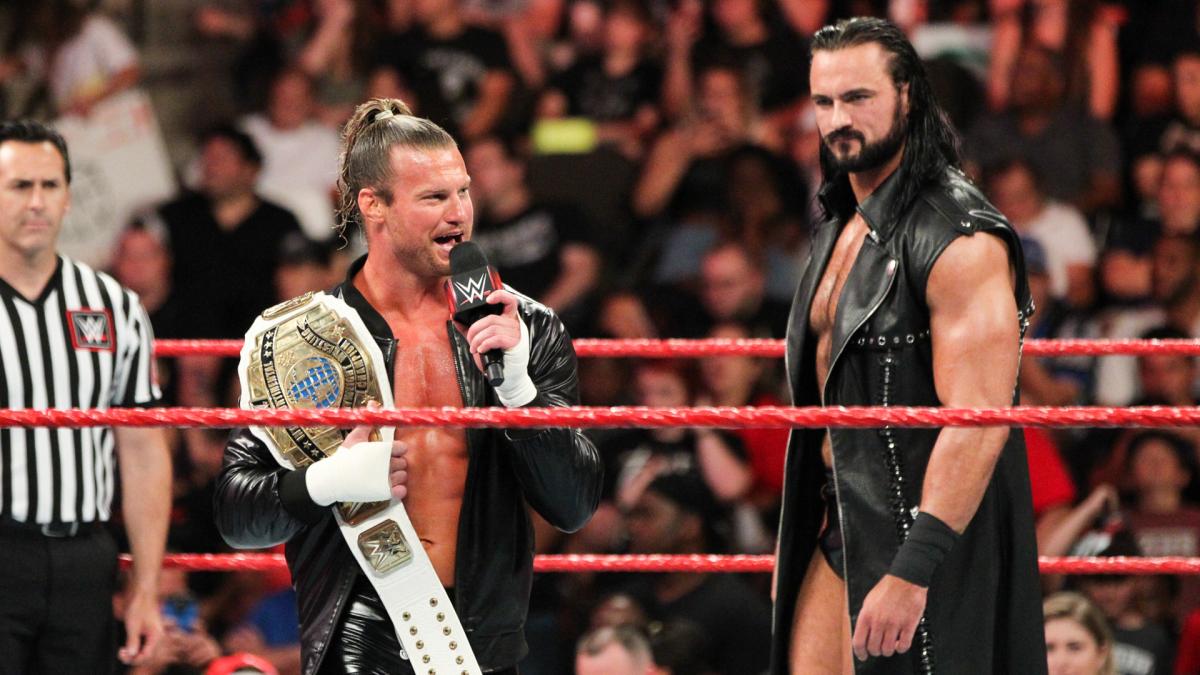 When it comes to Dolph Ziggler, the drama seems to follow suit. Thankfully the rumors surrounding the former Intercontinental Champion is the topic of contract negotiations. While the news of a new WWE deal is scarce, Ziggler did entertain the question over the weekend during his SummerSlam promotion commitments. Only responding with a coy remark, Ziggler has otherwise remained tight-lipped about his upcoming contract renewal.

At SummerSlam, Ziggler would lose the Championship to Seth Rollins, whom he feuded with alongside Drew McIntyre through the summer. He also lost his match against Dean Ambrose on Raw the next night. It is a tell-tale sign that fuels the fire to the rumors even more, especially with reports speculating that the company isn’t happy with him. The company has been well known for their booking decisions based on backstage influences.

Being with the company since 2004, Ziggler has been through the ups and downs with his WWE career from The Spirit Squad to his current alliance with McIntyre. While he has had several Intercontinental Championship runs, one of his biggest moments happened back in 2013 when he cashed in his Money in the Bank contract successfully against Alberto Del Rio to gain the WWE Championship. One of the more underrated talents on the main roster, Ziggler’s athleticism and consistency in the ring has been praised and garnered respect from many fans that have supported him.

This isn’t the first time Ziggler has had contract drama surrounding him. Back in 2015, the rumors of him leaving were just as hot, only for him to resign to a multi-year deal. If Ziggler doesn’t renew his contract, he has other avenues to choose from. He has been doing stand-up comedy the past several years in addition to having a little bit of acting and television experience. Then, there is the option of Ring of Honor and New Japan Pro Wrestling, which has been gaining steam for quite some time.