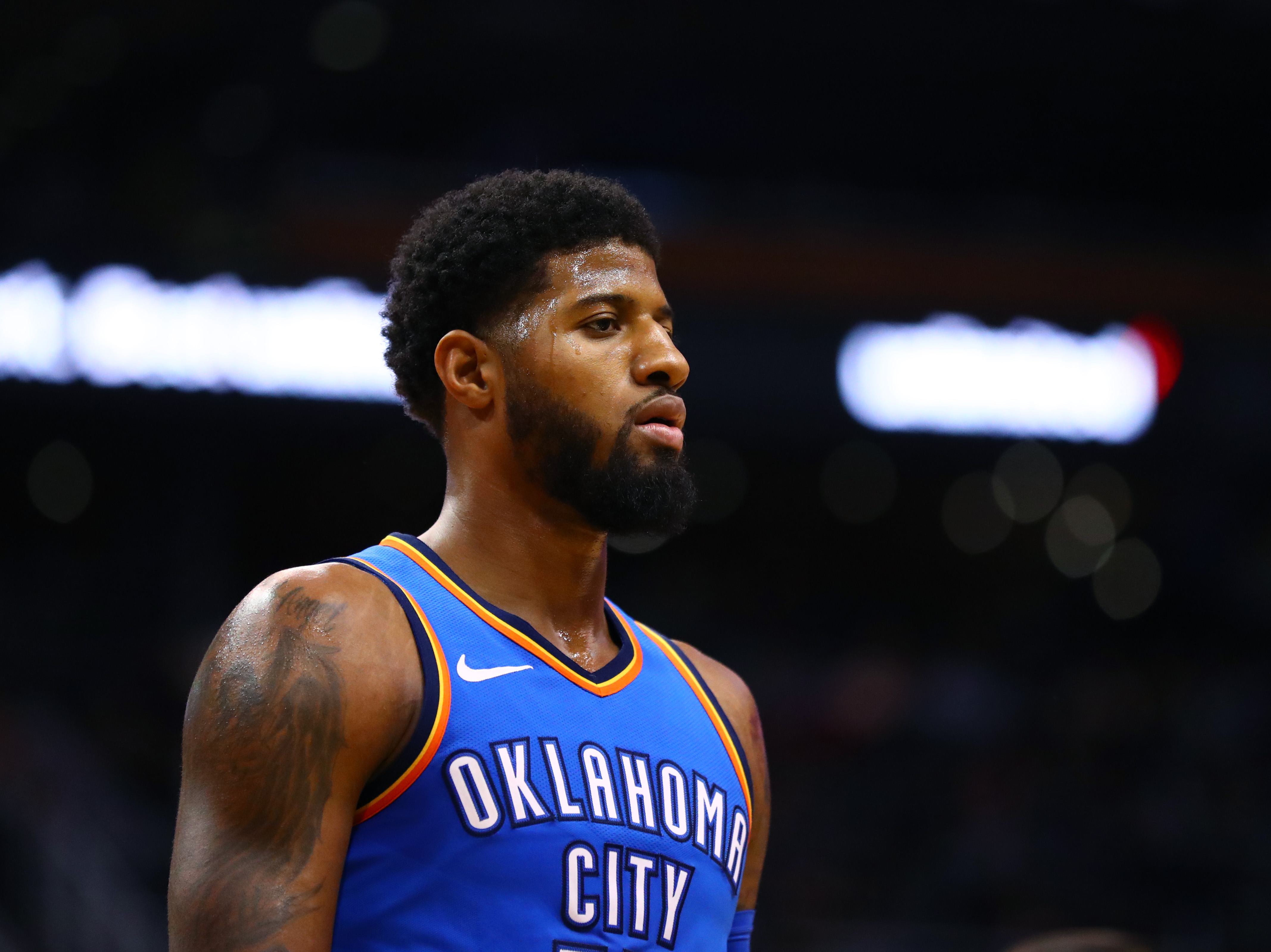 It has been several weeks for the All-Star forward Paul George made his decision to stay with the Oklahoma City Thunder on a four-year, $136.9 million deal.

In the time that has past since then, George has been quite open about how he came to that decision that will impact the next chapter of his career. During a recent interview with Chris “Drama” Pfaff on the Short Story Long podcast, George voiced that he would be interested in possibly joining the Lakers later in his career.

These are intriguing comments from George given the fact that he had a prime opportunity to join the Lakers where he could have possibly played alongside All-Star forward LeBron James but instead elected to remain with the Thunder to build something with former league MVP Russell Westbrook.

George could re-enter the free agent market after the 2020-21 season if he were to decided to opt out of the $37.8 million in the final year of his contract. There would be many variables in play depending on his performance on the court at that stage of his career along with his health and how the Thunder are situated then. He could also elect to play out the entire deal then enter the open market the following offseason.

The state of the Lakers at that juncture would also be a factor as James would still be in the fold. It is a complex situation but does leave the door open for a hometown return, but Los Angeles could too be a much different place with their roster with the development of their young core along with any possible free agent additions before that point. It is just a lingering possibility that could present itself down the line in a few summers from now.