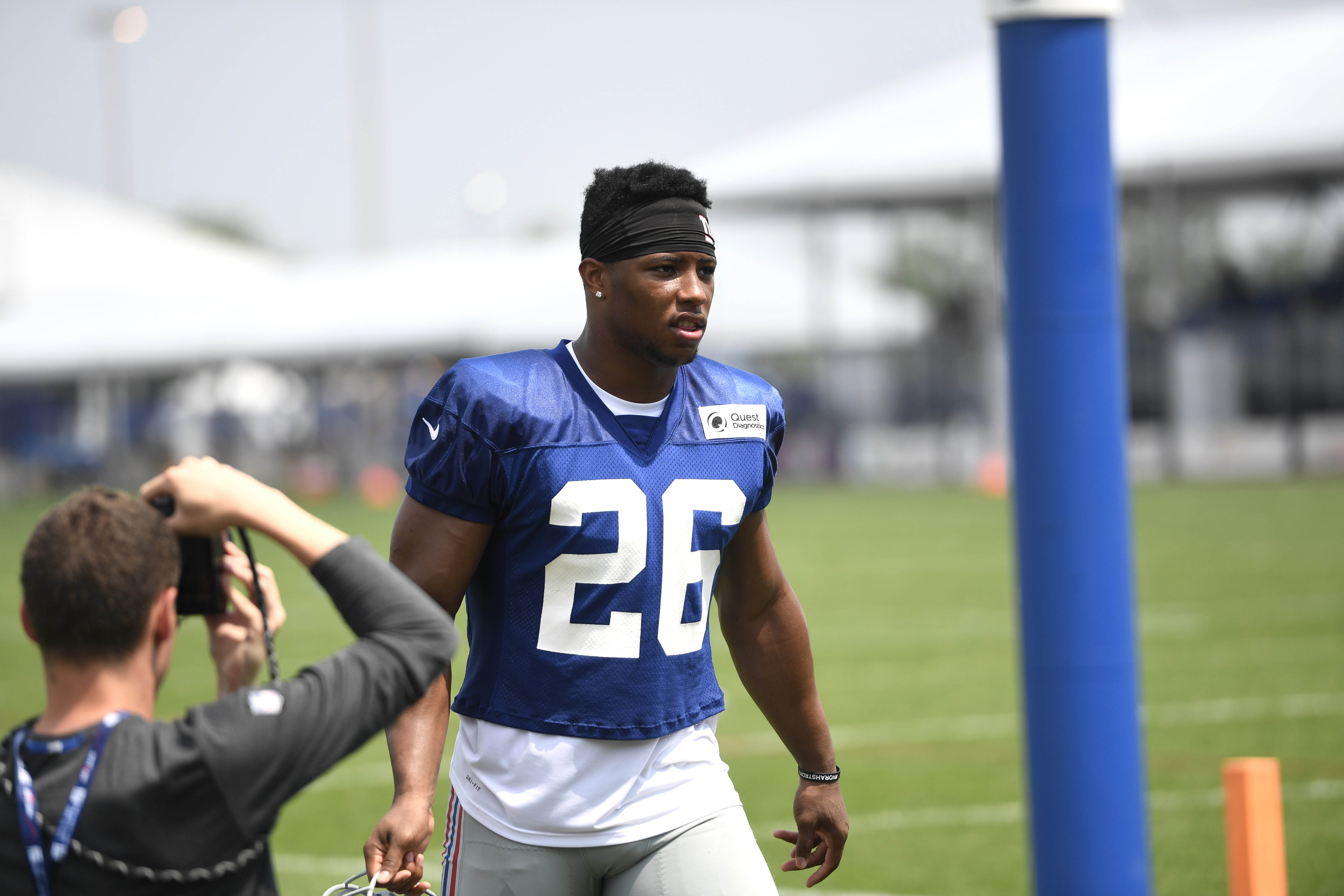 New York Giants rookie running back Saquon Barkley returned to the practice field on Wednesday for the first time since injuring his hamstring last week.

Barkley hurt his hamstring during a practice on Aug. 13. He missed the team’s preseason game against the Detroit Lions on Aug. 17.

After missing over a week of action, Barkley was a limited participant in practice on Wednesday. He went through some individual drills and ran a few routes.

Seeing Barkley back on the field is a very positive sign for the Giants. Barring any setbacks, he is still on track to play in Week 1 against the Jacksonville Jaguars, It does not seem likely that Barkley wil play against the New York Jets on Friday night.

The Giants would be wise to keep Barkley sidelined for the rest of the preseason. There is no point in risking another injury with him during  their final two preseason games. If Barkley lives up to his potential, he has the chance to be one of the most explosive players in the league. The Giants need him to be healthy at the start of the season.

Hopefully, Barkley will be able to fully participate in practice next week. There is still more than two weeks to go until the Giants’ season opener on Sept. 9. Right now, the best thing head coach Pat Shurmur can do is be conservative with Barkley and his hamstring. The last thing the Giants would want is to be without the No. 2 overall pick in this year’s draft to start the season.