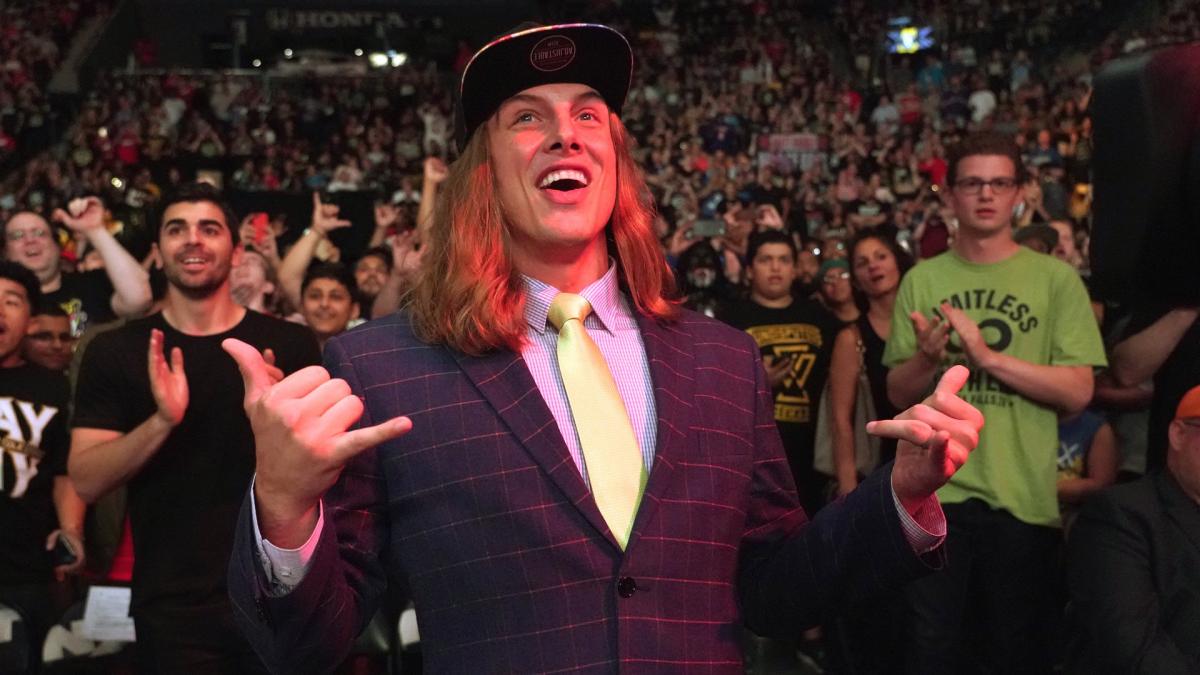 Triple H is regarded by many WWE fans as perhaps the smartest guy in professional wrestling. That’s due not only to his ability to transition from the ring to the executive level. It’s also due to his vision.

The Game saw WWE’s developmental brand NXT for what it could be and helped mold it into a highly successful, highly entertaining product. He gives guys opportunities to prove themselves, not just because WWE wants to turn a profit. He does it because if a talent wants to succeed bad enough, then he or she will put in the work to earn it. Shaping those talents now could prove highly beneficial in the future.

Are you as excited to see #MattRiddle in Brooklyn as HE is to BE in Brooklyn?!@SuperKingofBros #NXTTakeOver pic.twitter.com/wOP2y9yRhY

One of those talents is Matt Riddle, who recently signed with WWE. Riddle transitioned from the UFC to pro wrestling and quickly became one of the most popular hands in the business. But his past sins in the MMA world can certainly not be forgotten.

“I believe in him, and I believe he has a lot of potential and talent,” Levesque said. “But again, just like everybody else as they walk in the door, we’ll see.”

Hunter’s quote was in reference to an earlier statement regarding the type of people he wants in the WWE locker room.

“Somebody can be very, very talented, but not be the right human being or the right support system for everybody else or be detrimental and the fly in the ointment. Then, I don’t want them there. I don’t care how talented they are. You can be really talented but go be talented somewhere else. If you’re going to mess up my locker room, I don’t want you here.”

Triple H’s assessment does seem to point directly to Riddle, who may or may not be fully embraced by his peers or perhaps even the company. But Hunter seems confident that Riddle has what it takes and it’s difficult to argue with The Game’s track record thus far.