AJ Styles To Defend WWE Title Vs. Samoa Joe At 'Hell In A Cell' 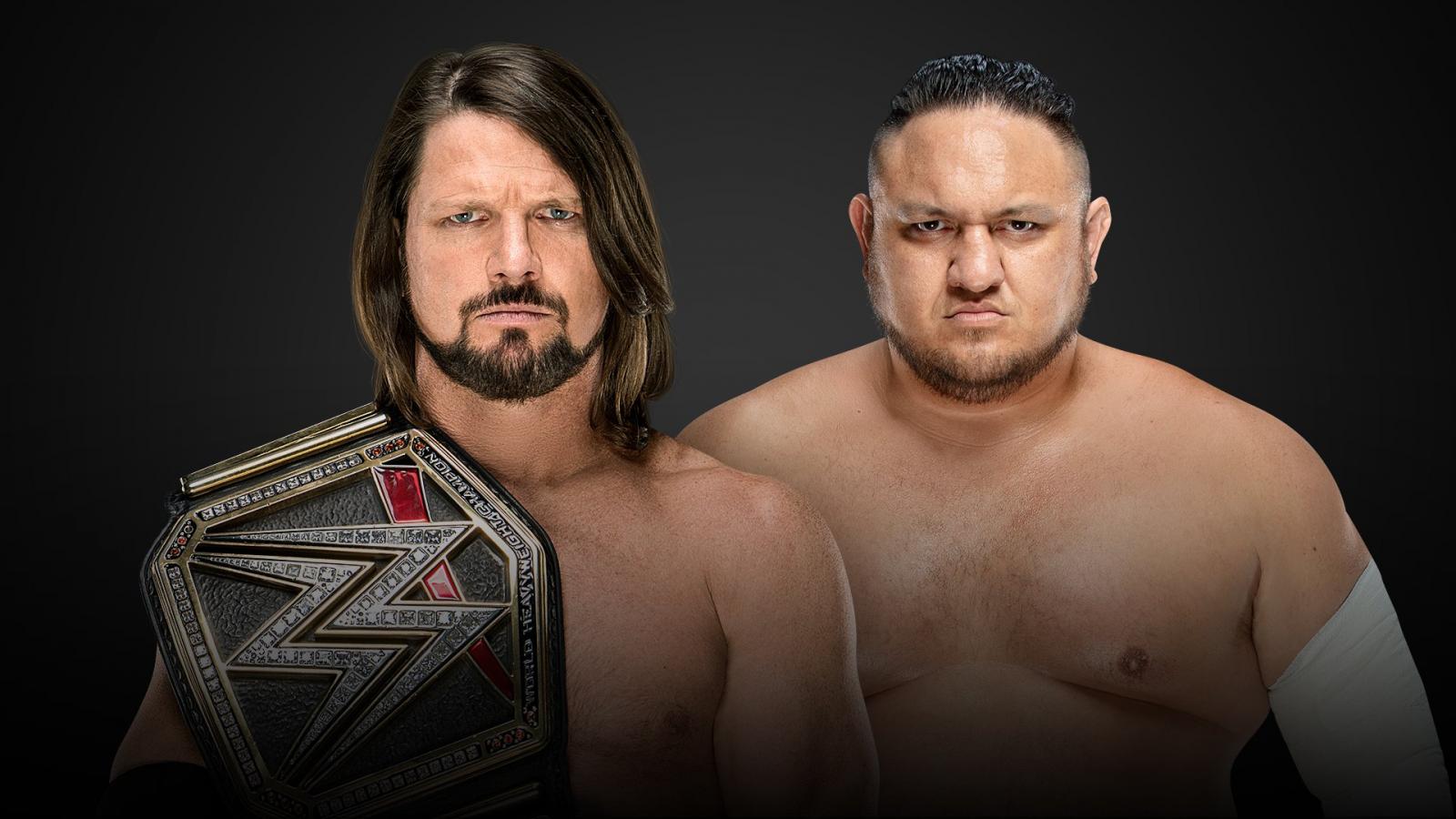 AJ Styles To Defend WWE Title Vs. Samoa Joe At 'Hell In A Cell'

AJ Styles and Samoa Joe’s feud is morphing into a very bitter rivalry thanks to Joe taking personal shots at The Phenomenal One. Samoa Joe has dragged AJ’s family into the storyline and that fact was made clear at SummerSlam.

Styles’ wife and daughter were ringside for AJ’s match with Joe and The Samoan Submission Specialist could not wait to grab the mic and talk trash to them. Joe’s words and actions throughout the match ultimately led to a disqualification win in the end due to AJ’s use of a steel chair.

But this rivalry is far from over. Joe attacked AJ on the August 21 edition of SmackDown Live and that has led to WWE’s announcement that the two will indeed mix it up again.

AJ Styles will once again defend the WWE Championship against Samoa Joe, this time inside Hell in a Cell. This announcement is perhaps a further indication that their war is only just beginning and may last well into the fall of 2018.

Of course AJ and Joe have history together, dating back to their days in TNA Wrestling. The two men battled over championships in that company and their matches became legendary. Replicating that war in today’s WWE was not difficult, as the two men continue to have great chemistry together.

The inclusion of AJ’s family in the angle was a surprise to many fans but it’s a method that has worked thus far. Joe is such a popular Superstar that in order to heel him out against AJ, WWE had to take the low road with Joe’s character.

Now the two men find themselves in what many believe is the hottest feud in WWE and certainly the hottest championship rivalry that the company has seen in quite some time.

While the Universal Championship was a non-factor for Monday Night Raw over the past year, the WWE Championship has been the highlight of SmackDown Live. That is because of AJ’s work in the ring and on the mic, as well as his level of competition. Joe is arguably the best opponent AJ has had during this title run.

If SummerSlam is any indication, then Hell in a Cell should be another instant classic for AJ Styles and Samoa Joe.