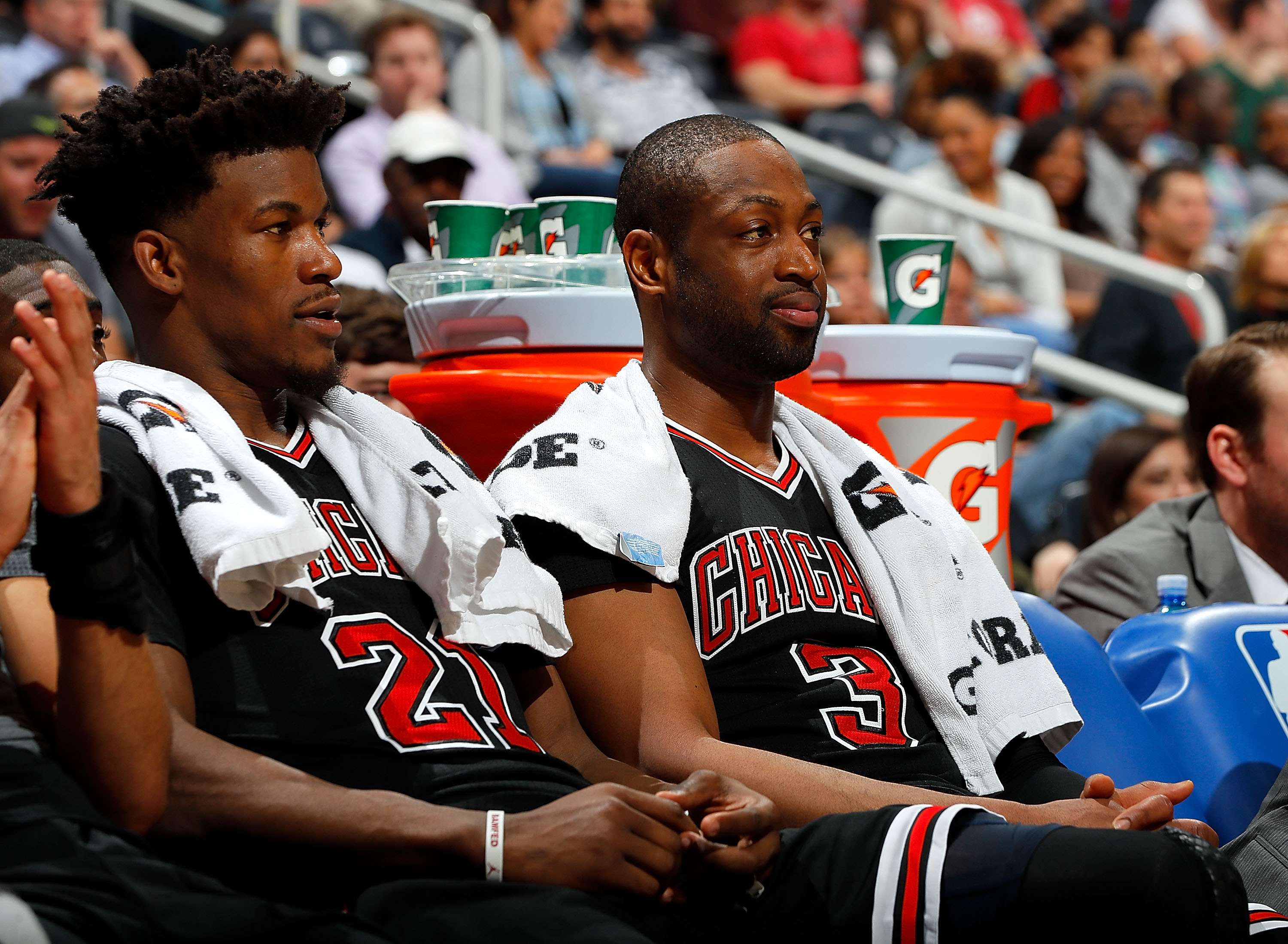 Recently, Jimmy Butler and Dwyane Wade made headlines for a social media beef surrounding Wade’s wife, Gabrielle Union. Basically, Butler commented on Union’s Instagram photo — complimenting her, written in all caps. Wade, did not seem to appreciate that, and commenting on Butler’s Instagram photo, sending a warning.

To the naked eye, it seemed hostile — but we never knew if the beef was real. According to what Jimmy Butler told TMZ Sports, he and Wade are still ‘cool.’

Butler then added, “He’s my brother” after TMZ asked if they were fine.

Obviously, Butler is not naive to the fact Union is married to Wade — considering how high profile their relationship is. When looked at through social media, the beef turns exaggerated — as fans begin the speculate. Butler then closed by stating ‘we’ll let the fans keep guessing’ about the situation.

It’s worth noting that Butler and Wade did play together for one season in Chicago. As we are aware, Butler was the franchise player in Chicago — leading the forefront to recruit Wade to Chicago.