Your Morning Dump... Where we take a trip to the Standing Rock 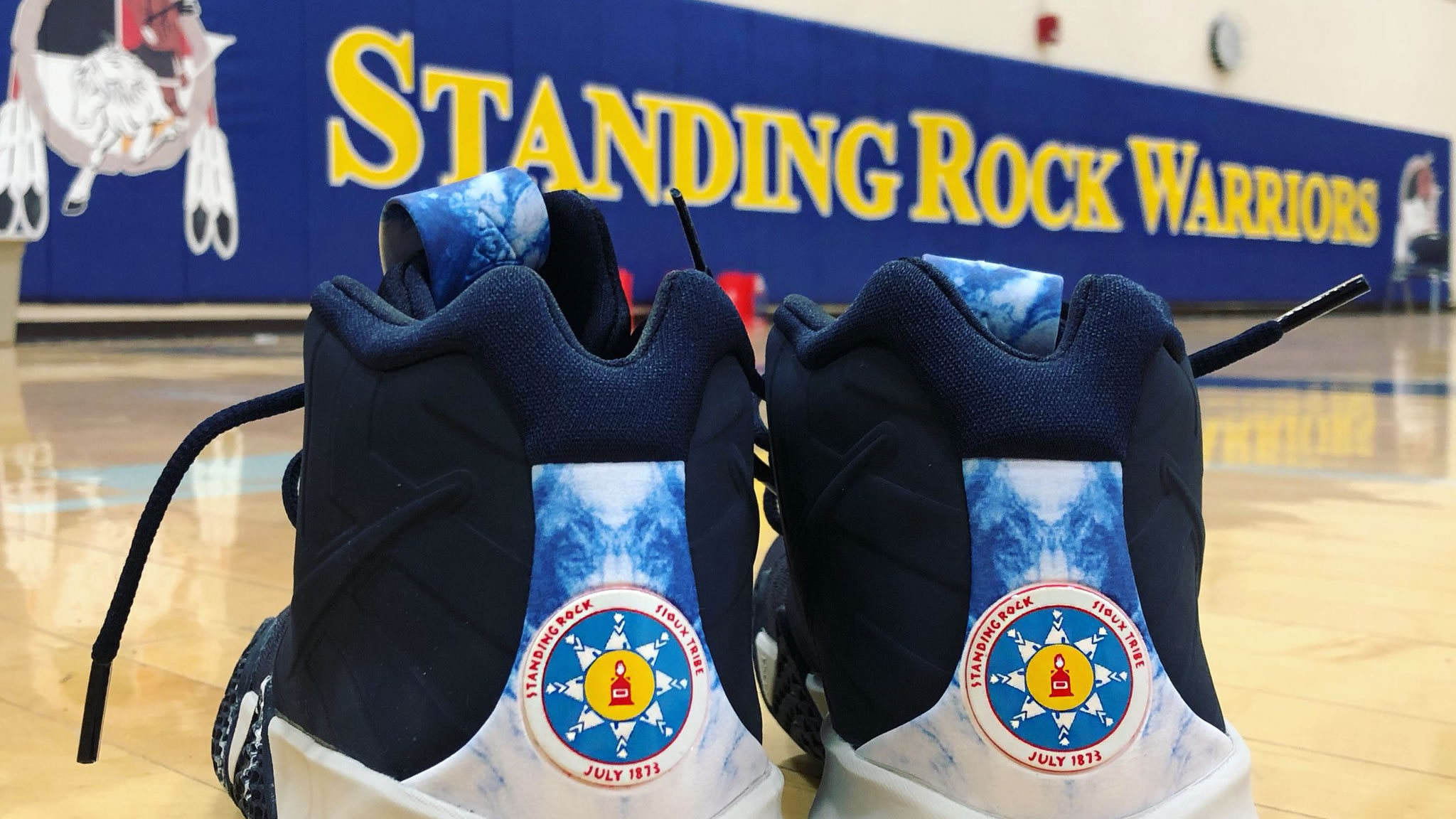 Your Morning Dump... Where we take a trip to the Standing Rock

[Irving] stunned members of the tribe in 2016 when he said in an interview with ESPN that his mother was a member. That sent the elders scrambling to identify a lineage, and they found his grandparents and great-grandparents from the White Mountain family in the Standing Rock reservation in South Dakota.

Irving supported the tribe’s fight against the Dakota Access Pipeline two years ago and has had the tribe’s logo tattooed on the back of his neck. Earlier this year, he released a version of his Nike signature shoe that featured the logo as well. Last year, Irving made a six-figure donation to the tribe.

The tribe and Irving have been working since April to put together a time for him to come and take part in a naming ceremony, which is sacred in Native American culture.

Brian Windhorst (??!?) was on the scene in North Dakota yesterday.

From the AP, we get a few more details. In Lakota, Irving’s name, ‘Little Mountain’ is ‘Hela’ (roughly: HEY-law), and his sister, Asia’s, name, ‘Buffalo Woman’, is ‘Tatanka Winyan’ (roughly: ta-TONG-ka WIN-yan). ‘Winyan’, ‘woman’, is perhaps most familiar to the rest of us in the derived form used to refer to one’s oldest daughter: ‘Winona’.

Kyrie had apparently known of his tribal heritage for a while before acknowledging it publicly during the Dakota Access Pipeline protests in 2016. His mother was adopted out of the tribe as a child, a practice that was common at the time, but which was sharply curtailed by the Indian Child Welfare Act in 1978.

On his mother’s side, Kyrie and his sister are members of White Mountain family which is itself a part of the Hunkpapa band of the Lakota Sioux; Sitting Bull is probably the best known member of the band.

The tribe occupies some of the worst land in the Dakotas. The Sioux were, according to the 1868 Laramie Treaty, granted all of Dakota Territory west of the Missouri River, including the Black Hills. When George A. Custer’s expedition confirmed that there was gold in the Hills, the Army first put up a half-hearted effort to keep trespassers out of the Hills, before taking possession of them and protecting prospectors and others from the Lakota who objected to their presence.

Although the US had de facto, if not de jure, possession of the Black Hills, they were content to leave the rest of the Lakota reservation alone. However, passage of the Dawes act–which most famously opened up Oklahoma for homesteaders–led to a similar gutting of reservation lands in South Dakota.

What was left for Natives was the most unproductive land available. Such members of the tribes as had an inclination to learn how to farm and raise stock were forced to do so on the most marginal of land which was marginal for those purposes to begin with. The South Dakota Badlands, for example, occupy about a third of the land allocated to the bands of the Pine Ridge reservation.

At present, only about one out of a thousand U.S. citizens identify as Native American and their suffering is more or less invisible to the rest of the country. Life expectancy for those born onto the Pine Ridge reservation is less than 67 years. Unemployment is reportedly 60% on the Standing Rock, where 40% of the population is below the poverty line.

The pipeline protests of 2016 are perhaps illustrative of the occasional interest shown in Native issues. For a short period, any number of people embraced some Native phrases, and camped out along the Missouri River professing solidarity. When the protests ended, they left behind a gigantic mess and more or less forgot about the tribe, having done absolutely nothing to improve the plight of the people they were ostensibly there to support.

This is not a post about political parties, about who’s right and who’s wrong. This isn’t about blaming people of one particular set of political beliefs for a course of neglect and mistreatment that has gone on for over 200 years and for which people of all political stripes bear a measure of responsibility. This post is about the manifest suffering of ethnic groups that were more or less wiped out by the United States over the course of a century. It’s about the horrific world of Indian Health Services, the mismanagement of trust funds, and broken treaties.

What you choose to do with this information is up to you, but you need to know what life is like on these reservations.