Spoiler On WWE Universal Title Match At ‘Hell In A Cell’ 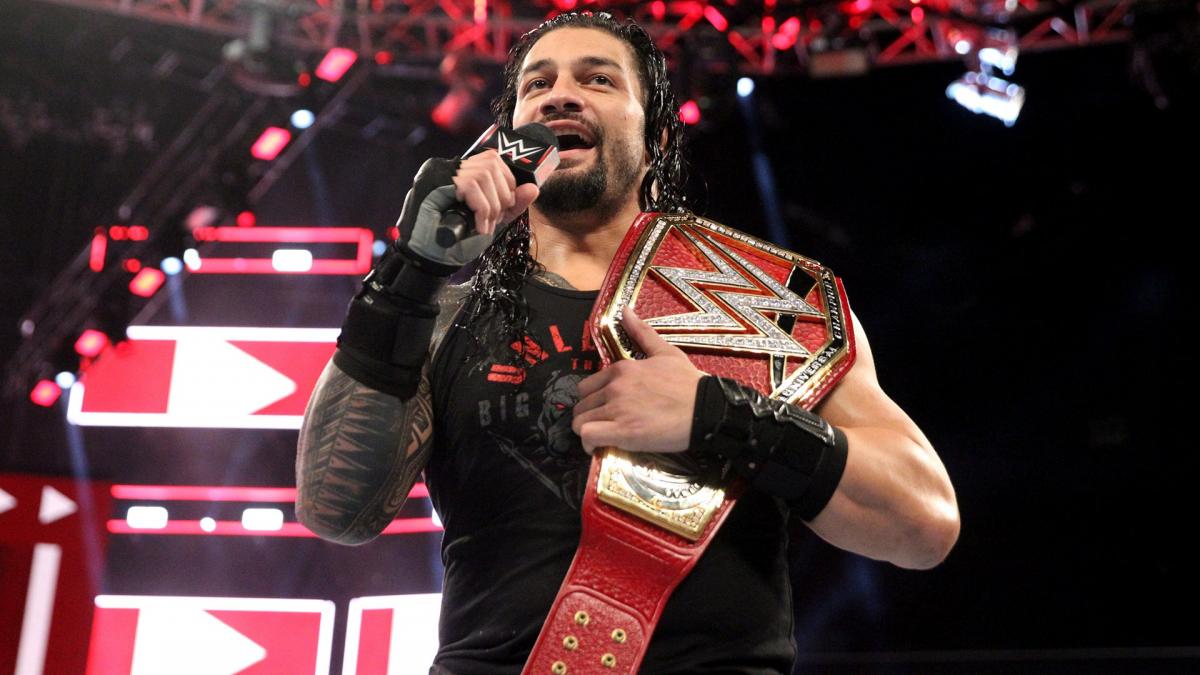 Spoiler On WWE Universal Title Match At ‘Hell In A Cell’

Roman Reigns’ win over Brock Lesnar at WWE SummerSlam was three years in the making. The Big Dog has been on top of the company for nearly the entire time and he’s pursued Brock Lesnar for the majority of that time.

But no matter how hard he fought, Reigns could not dethrone The Beast Incarnate. Roman had met his match and there seemed to be nothing he could do to finally get past the former UFC champion.

So when Reigns finally got the three count over Brock, many WWE fans were likely relived that the chase was over. But now that Roman is the Universal champion, he has bigger problems to deal with. The biggest problem happens to be 6’8″ and 385 pounds.

Braun Strowman is the first man on deck to challenge Monday Night Raw‘s new top titleholder. But even though Braun is Mister Money in the Bank, he may or may not need the guaranteed contract to take the strap from Roman. The AT&T Center’s website is currently advertising Roman Reigns versus Braun Strowman in a Universal Championship match for Hell in a Cell.

It has not been announced if Reigns and Strowman will compete inside Satan’s Structure at the September 16 event But the fact that their match is already being advertised likely means that Roman is not going to drop the belt on TV.

Reigns and Strowman rekindled their rivalry recently on Raw, when Braun came down to the ring after Roman defeated Finn Balor. Strowman was ready to cash-in against the tired champion when Dean Ambrose and Seth Rollins stormed the ring. The two men worked with Roman to dismantle Braun, putting him through the announce desk and leaving him for dead on the floor.

Roman now has some added insurance for his newly won championship thanks to his Shield teammates. Strowman is on his own unless he chooses to recruit other Superstars to stand with him.

WWE has not officially announced this match for Hell in a Cell. Reigns and Strowman are expected to face off on the August 27 Raw, though its unknown if they will have a match or just exchange words in the ring.