Cincinnati Reds can't win with Homer Bailey on the mound 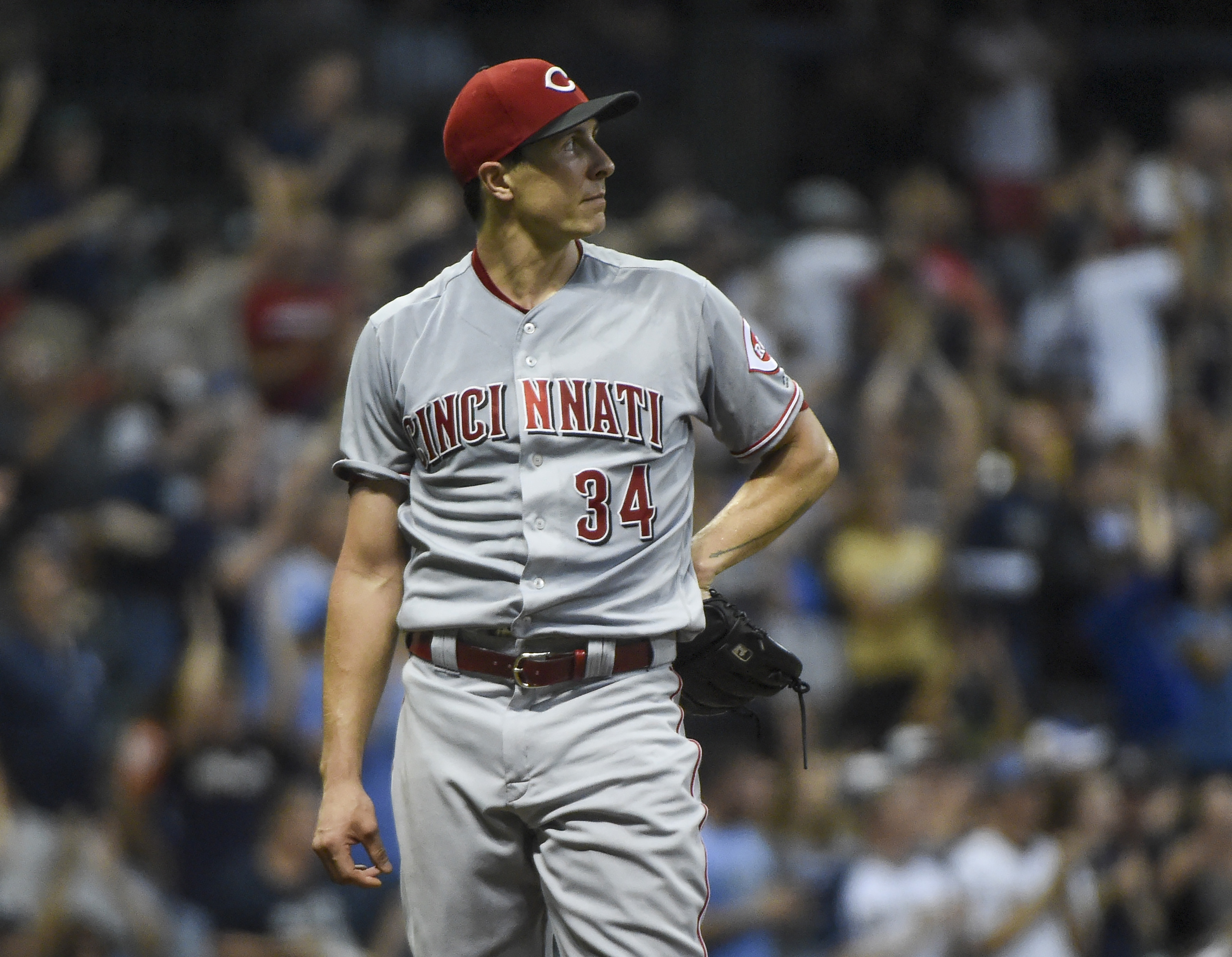 Cincinnati Reds can't win with Homer Bailey on the mound

The 2018 season has been another disappointing one for the Cincinnati Reds. With a 56-75 record heading into Monday’s games, they’re not only occupying the National League Central basement, but they’re also nearing a fifth consecutive losing season.

With all this in mind, it’s important to find some potential positives for a club that’s been trying to rebuild.

One positive is that Cincy has turned things around following a horrific start. The Reds lost 15 of 18 games to begin this year, which also led to manager Bryan Price getting fired and Jim Riggleman taking over on an interim basis. Since that’s happened, they’ve gone 53-60. Not exactly ideal, but it’s better than being 19 games under .500.

The other positive is that Cincinnati would be just about a .500 team if Homer Bailey didn’t start any games. That’s a bit of an exaggeration, but winning a ballgame in which Bailey starts has become an increasingly rare occurrence for the Reds.

With their loss to the Cubs today, the Reds are now 1-17 in games started by Homer Bailey in 2018. This is now the most team losses through 18 starts of an individual pitcher's season in the live-ball era.

It’s not like the bullpen always blows the game, though. Merely leaving a contest with a lead in hand has been difficult over the past calendar year.

Homer Bailey hasn’t left a game with the lead since September 17, 2017.

Bailey has started 18 games this season. At the time of his departure, the Reds have been tied once and losing 17 times.

The Reds also thought the best was yet to come for Bailey, as they signed him to a six-year, $105 million deal prior to the 2014 season. But then he finished that year on the disabled list, needed Tommy John surgery the next year, and as Drake would say, nothing was the same.

He’s due to make $23 million in 2019, which is the final guaranteed year of his deal (there’s a $25 million mutual option for 2020). Regardless of whether he remains in the starting rotation or not, Bailey has his work cut out for him with regard to regaining a sliver of his old form.