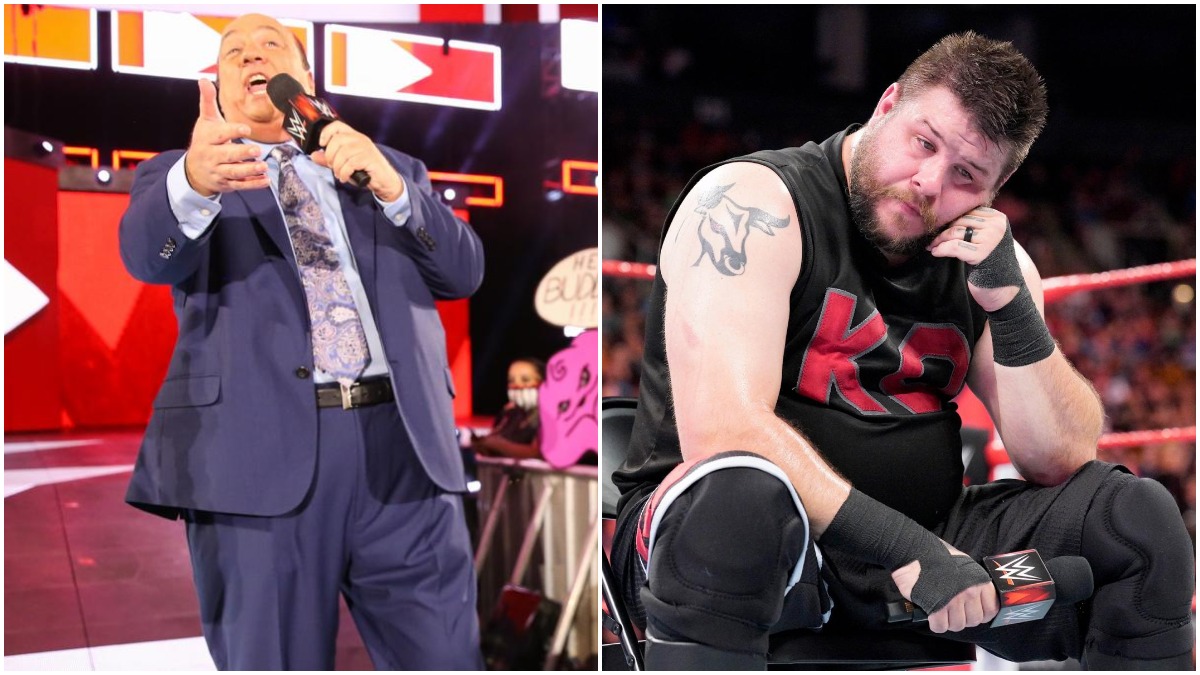 Kevin Owens recently “quit” on WWE Monday Night Raw. The former Universal champion answered Seth Rollins’ challenge for the Intercontinental Championship and KO fought his heart out but to no avail.

Rollins retained his title and Owens was left alone and dejected in the ring. Fans watching at home likely thought that would be the end of it but when Raw came back from commercial, KO was still in the ring. He said “I quit” on the mic and then left. So what’s the real story here?

The Barn Burner podcast (via ComicBook) recently suggested that Owens could be paired with Paul Heyman. Brock Lesnar’s advocate now seems to have nothing to do as The Beast Incarnate is no longer the WWE Universal champion. Apparently, the company is indeed interested in keeping Heyman as an active performer so the timing may be right for him and Owens to join forces.

Kevin’s fans are surely happy about this possibility, especially considering the long road he’s traveled over the past couple of years in WWE. Owens was seemingly on top of the world when he won Raw‘s top championship in 2016. But KO’s run ended 188 days later at the hands of Goldberg and Owens has really not had a top title reign since then.

KO did have a United States Championship run and had a rivalry with former best friend Chris Jericho. But KO’s most recent spotlight came in the months leading to WrestleMania 34, when he and Sami Zayn feuded with Shane McMahon and Daniel Bryan. However, that program did not lead Owens back to the main event scene in WWE.

But this latest news could be the one hook that gets KO back in that main event spotlight once again. Owens is great on the mic and doesn’t really need a mouthpiece but Heyman has a history of elevating talents. This combination could be one that sees Kevin Owens once again climb the ladder in WWE.