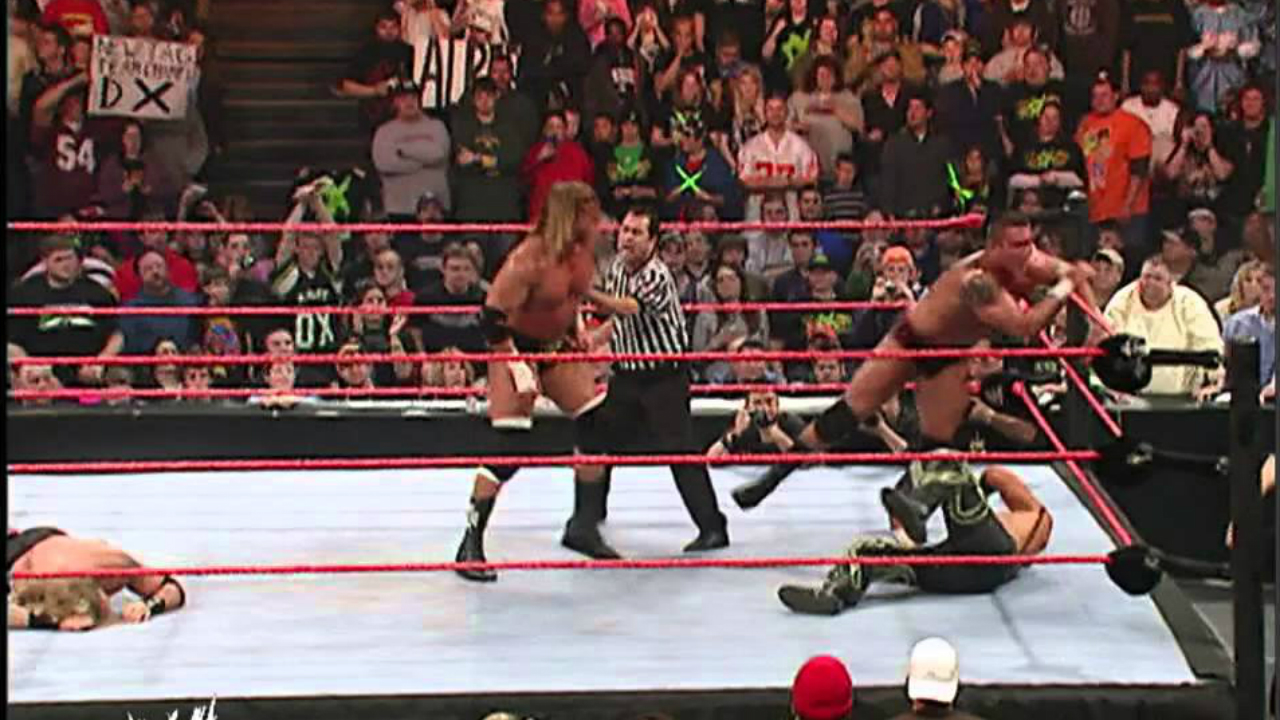 This match was built when Rated RKO attacked a reunited DX the previous October, which led to singles matches among RKO and DX and ultimately led to DX challenging Rated RKO to a World Tag Team Championship match at New Year’s Revolution.

This was a big deal as DX was back and on a roll. The agent for the match was Pat Patterson and it was amazing to hear him throw out ideas and scenarios of what the match could be. That, along with four of the best ever throwing out ideas, was a knowledge treasure chest and priceless. I was a sponge and was eating it up and learned quite a bit that day!

As the match was laid out, we discussed it a couple times and then had everything lined up, it was amazing to me that these guys are so great at what they do that they didn’t really need any preparation or need to go over everything as most people do! Triple H mentioned that if anything was missed or forgotten, that they would just call it out there and feed off of the crowd, now that is a true professional and I was working and learning from him!

The original finish of the match had Rated RKO over DX to continue the angle and ultimately lead to a bigger match and blow off.

The final outcome of this match altered WrestleMania plans and angles moving forward. The original WrestleMania 23 match for John Cena was a match with Triple H! That match never happened as Triple H was hurt in the match as I’ll explain later.

With that said, plans changed and Shawn Michaels ultimately wrestled John Cena at WrestleMania 23, as Shawn wrestled Edge and Randy Orton in a three-way a few weeks prior to WrestleMania on Raw (which I was the referee) to determine the number one contender for Cena’s title. Edge and Randy Orton ended up splitting Rated RKO and went their own ways as plans changed for them as well.

On to the match at New Year’s Revolution that changed WrestleMania 23 plans and angles. The match started as planned and was going according to how it was planned out without any hitches. It was during a spot (spinebuster on Randy Orton) that Triple H was injured. As it happened I vividly remember knowing instantly that something wasn’t right and went to check on Triple H. If you go back and look at the match, it’s obvious something went wrong. As Triple H delivered the move as he had done many times, it didn’t look right and was off. As I checked on Triple H after the move and he was down, I immediately asked if he was okay, and his reply was, “I’m f**ked, I’m f**ked!”

As I asked Triple H again if he was okay, he said, “it’s my quad, it’s my quad, it’s gone.” No sooner had he told me that I raised the dreaded “X” as Gerald Brisco asked me in my earpiece if Hunter was okay. I shook my head no and continued throwing up the “X”! Brisco began asking me what was wrong with Hunter and I attempted to point to my quad area. As I was checking on Hunter, the match was still in progress and live on PPV and we had more match to get to. Brisco then instructed me to tell Hunter to “powder” and to “GO HOME!”

As I relayed that to Hunter, he said, “I’m good to go, I’m going to finish.” Edge then got my attention and asked what was wrong, I told him, “Hunter’s hurt, it’s his quad! Let’s go home!” I then went to Shawn and told him what was wrong and Shawn said tell Hunter to “powder” Edge then tagged in and covered Triple H for a two count. Shawn then called an audible and said “smozz.” I then relayed that to Edge and Randy who went with it. Shawn then told me “take a bump” and proceeded to clock me and bump me out of the ring, and I was down “selling” (which is a lost art nowadays).

I continued to hear Gerald Brisco telling me to make sure Hunter was okay. There was tons of chaos going on around me as I could hear and see everything as I “peeked” up and watched on the TitanTron. DX brutalized Rated RKO and left them down and bloody! By the way, that whole beat-down of Rated RKO was called on the fly, and executed by the best talent in the business! That is a prime example of working at a different level and being prepared for anything! I know for a fact most people would have crap themselves and would have been a deer in headlights if they were put in that position! It’s all about keeping your cool and being a true professional!! Some will get it, others will never GET IT!

The aftermath of this match was very somber as we went to the back, everyone was surrounding Triple H and wondering to what extent was his injury. Hunter was calm as can be, telling everyone that it was his quad and he would be fine. One of the amazing things about Hunter is that he knew what his injury was and wanted to verify it. He said he if he was right he’d be back for SummerSlam, which he was!

There is a picture online floating around where Shawn is pushing Hunter in a wheelchair and I, along with Jack Doan and Chad Patton, are in the photo. I had no idea that photo was taken until a few years later. That photo tells the whole story of what the mood was backstage.

I always wonder what would have happened if Hunter had wrestled John Cena at WrestleMania and where the Rated RKO vs DX angle would have gone?

In closing, always live like there’s no tomorrow, shout at the devil, and know life is beautiful! Always treat others with love and respect and forgive those that have hurt you. Wish everyone the best in life and love! 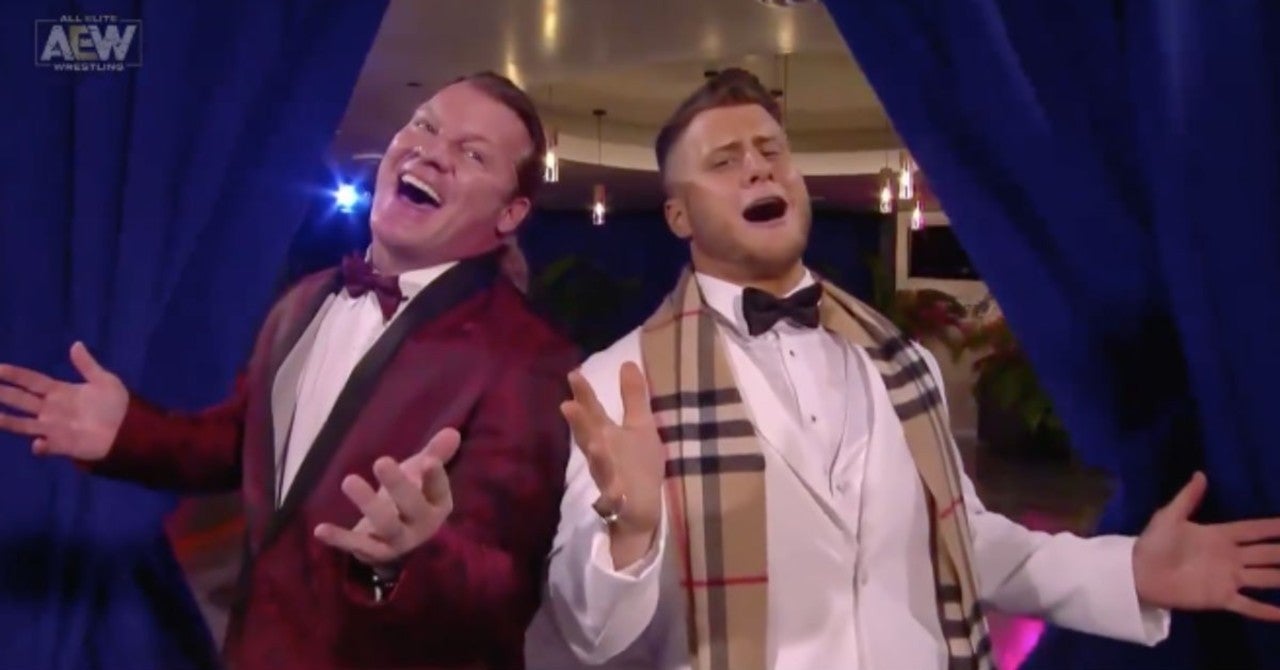