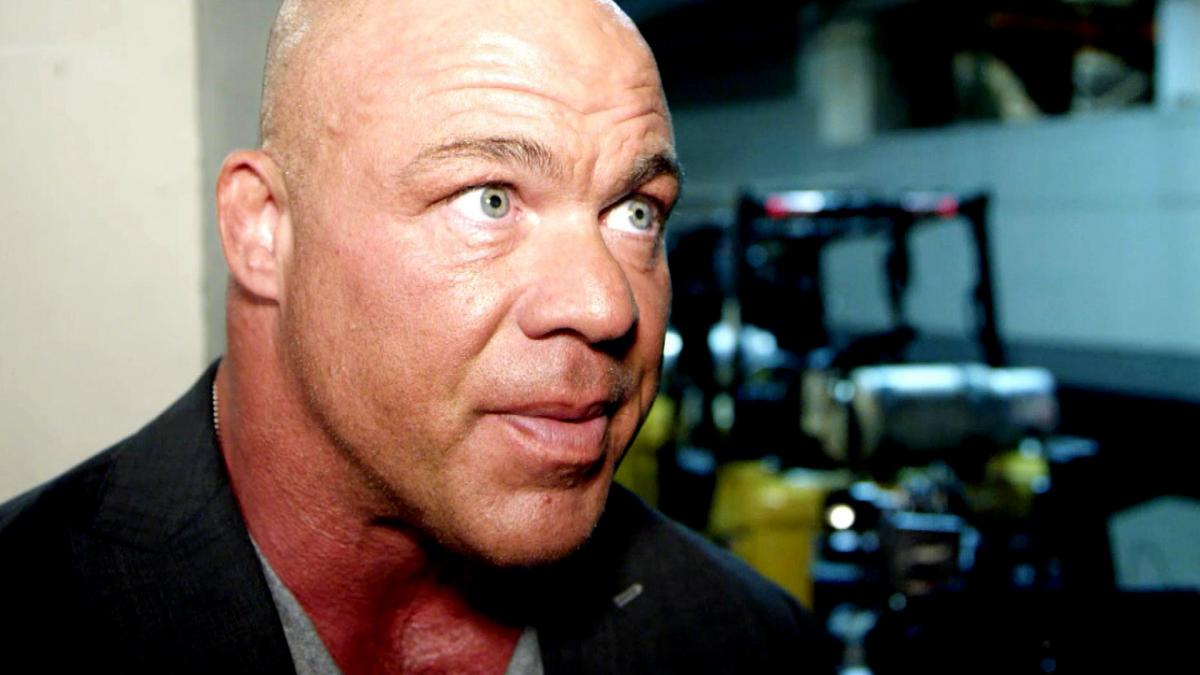 WWE’s General Manger system continues to play a pivotal part on TV. Monday Night Raw and SmackDown Live both function from a storyline perspective thanks to their primary authority figures.

So when Stephanie McMahon recently forced Raw GM Kurt Angle to take an involuntary vacation, many fans were likely wondering if he was on his way out. After all, McMahon has not had a great history of cooperating with Raw GM’s, as Mick Foley was indeed “fired” from the role in 2017.

But according to PWInsider via GiveMeSport, Angle was backstage at the August 20 Monday Night Raw. PWInsider’s Mike Johnson believes that could signal a return sooner rather than later for the Olympic Gold Medalist.

“My guess is that his vacation from television appearances will not be a long one,” Johson said,

Many fans believe that Kurt’s eventual Raw return will also mean a return to the ring. Angle’s last big match came at WrestleMania 34 when he tagged with Ronda Rousey against Stephanie and Triple H.

But if Angle is indeed going to resume is in-ring career, who will be his first opponent? Johnson believes it will be Stephanie’s corporate lackey, Baron Corbin.

“Obviously there is some sort of idea for Kurt to return to the ring. The natural idea at this point would be Kurt vs. Baron Corbin.”

Corbin has been riding high on the red brand thanks to his role as Raw’s constable. But it’s that same role which has caused Angle more grief than anyone ever dreamed possible.

Corbin is Stephanie’s yes man so he can do no wrong in her eyes. As long as he’s stooging on Kurt, he definitely serves a purpose. But if the moment comes when Constable Corbin cannot perform up to expectation, then he will become irrelevant and useless to Stephanie McMahon.

What better way to put Corbin in his place and possibly eliminate him from Raw’s corporate power structure altogether, than to put a razor focused Kurt Angle on his trail? Angle’s fans would surely love to see the two men go to war but only time will tell if that is indeed what WWE has planned.