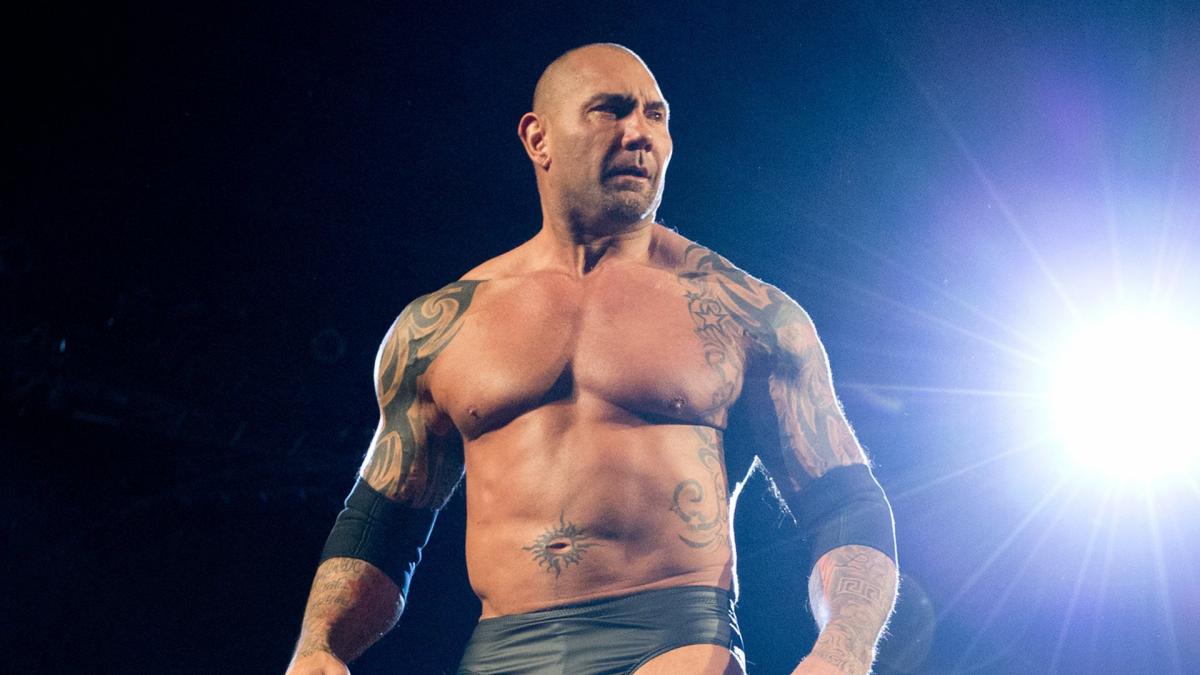 Batista’s successful transition from WWE to Hollywood was not an overnight occurrence. The former world champion struggled for a bit before he finally found his niche as Drax the Destroyer in Marvel Studios’ Guardians of the Galaxy.

Now The Animal is an important part of a wildly popular movie universe that has been going strong for 10 years and shows no signs of slowing down any time soon. But what prompted Batista to look outside of WWE for a new career in Tinseltown?

Batista was recently interviewed by talkSport and spoke about why he decided to make the jump from the ring to the silver screen.

“It came about out of spite. First I have to say it came from me discovering I was a horrible actor and I wanted to be a better actor and I wanted to do it while I was still with WWE. They wouldn’t give me the opportunity within the company so I said that I should be given the opportunity to do it outside of the company and they said absolutely not.”

So Batista decided to let his contract run out so he could pursue a new career in Hollywood. But did he think it was a smart move for him at the time?

"It was brave, and maybe a little stupid!"@DaveBautista tells @tSHandJ about his move from the #WWE to Hollywood superstar 📽️ pic.twitter.com/RI3b7tSOTY

“It was brave, maybe a little stupid. It was three years of me barely working. You know, it was a nice thing with the WWE, I made a very good living there, I was very comfortable and I could’ve stuck with that. But I wanted to do something else.”

Batista recently made headlines when Guardians director James Gunn was fired by Disney for offensive remarks made a few years ago on Twitter. Batista, as well as the rest of the cast, came out in defense of Gunn on social media.

Batista seemed ready to quit if Gunn was not reinstated as director of Guardians of the Galaxy Volume 3. The film has now been put on hold and it’s unknown if Batista will reprise his role as Drax if and when shooting on the movie begins.