Chris Archer and Pitching Inside 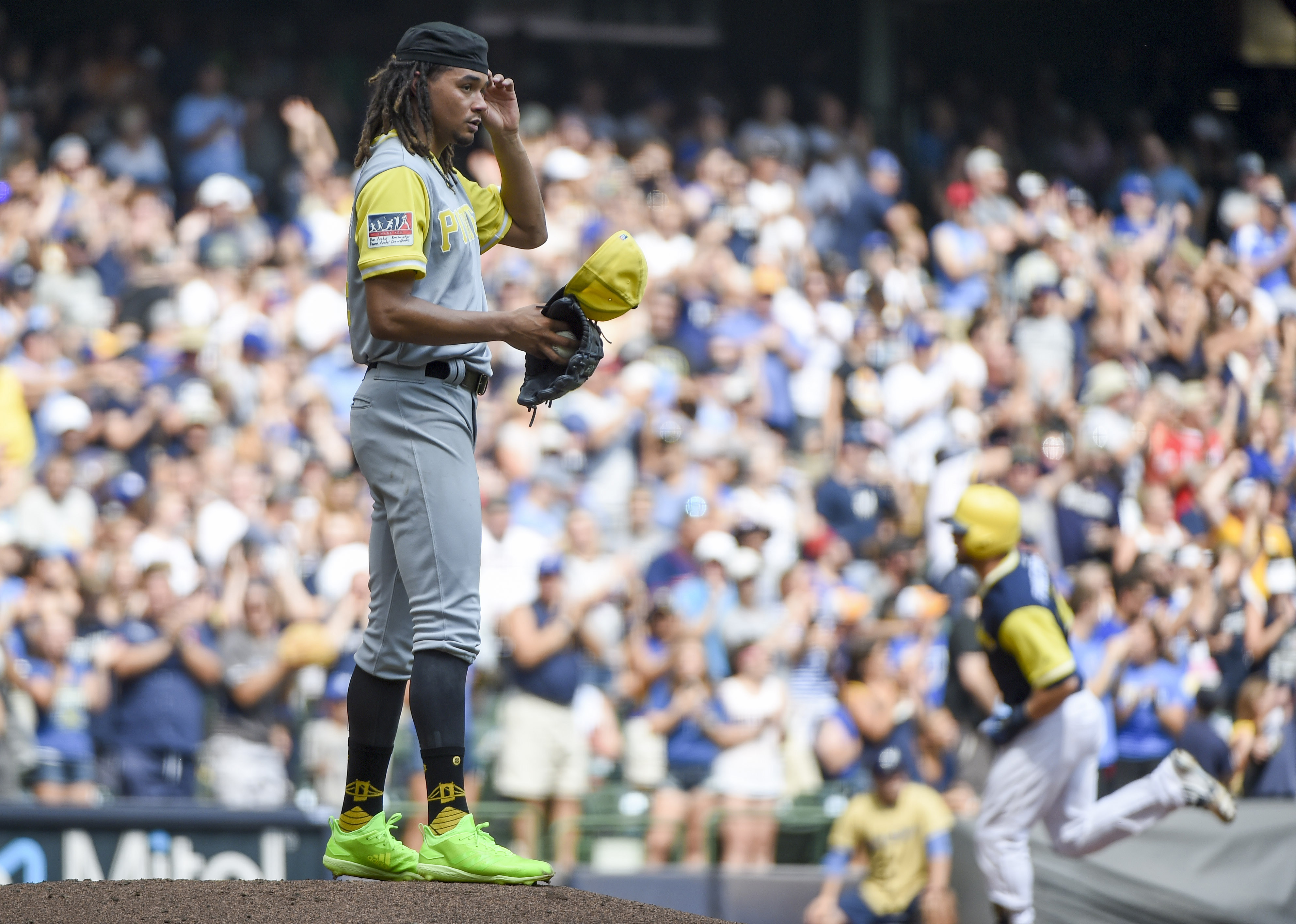 Chris Archer and Pitching Inside

Chris Archer has struggled so far with the Pittsburgh Pirates, but it’s been a season and last couple of years where that’s been the trend for Archer.  Pitching coach Ray Searage has spoken about what he thinks Archer needs to do.

Chris Archer has pitched to a 6.45 ERA and 4.68 FIP as a member of the Pittsburgh Pirates, pushing his season marks to 4.72 and 3.82 respectively.  Over the last three seasons, Archer has a 4.20 ERA and 3.65 FIP, a three year trend of under performing his metrics.

Archer has great peripherals – lots of strikeouts and limiting walks – but the runs allowed remain high.  The right-hander starts tomorrow after an outing against the Milwaukee Brewers in which he allowed six runs in four innings.  After the game, pitching coach Ray Searage had comments on what Archer needs to going forward, telling Rob Biertempfel of The Athletic:

“He has to be able to pitch inside to both righties and lefties, as opposed to going to the slider all the time when he gets in trouble,” Searage said.”

Pitching inside, especially with the fastball, is the staple of the Pirates pitching philosophy in the Searage era.  The first step in the Pirates method is establishing the two-seam (or sinker), something that Archer has recently done according to Jason Rollison from Bucs Dugout.

Step two: pitch inside.  This is something that Archer hasn’t really done this year, below are his fastballs against right-handed batters and left-handed batters in 2018 from Baseball Savant: 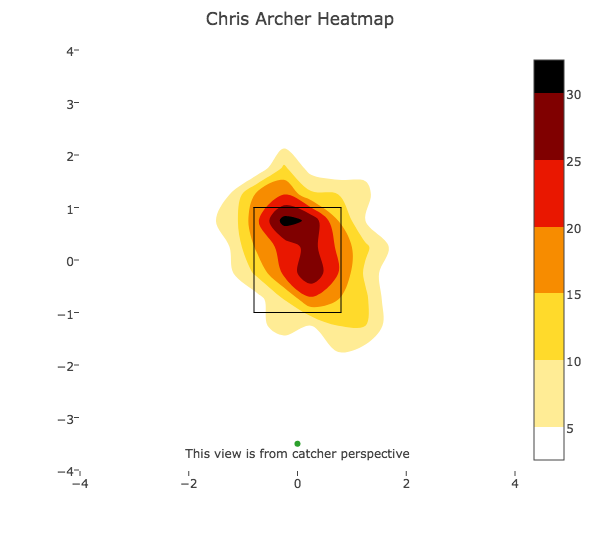 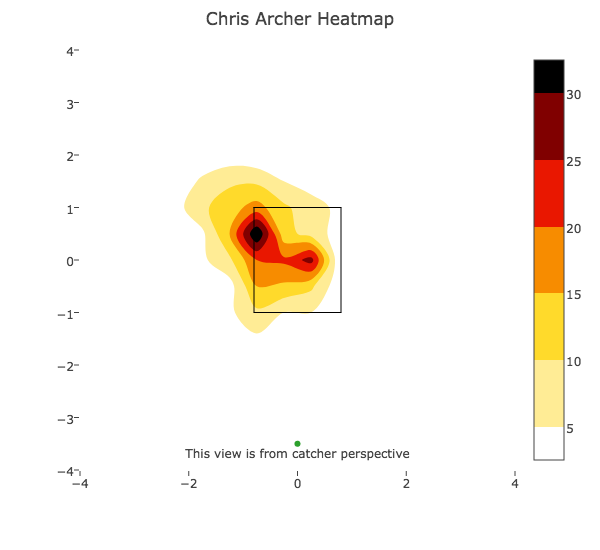 Against right-handed batters, Archer has mainly been in the middle of the zone and up with the heater.  Against batters from the opposite side, Archer uses his fastballs up and away and has left his share center cut.

Archer continuing to miss spots and leaving pitches down the middle of the zone is something that Pirates color analyst Bob Walk brings up constantly.  Pitchers will make mistakes over the middle, but it’s about limiting the amount of those mistakes, and Archer hasn’t done that.

Looking back to his 2015 season, the last season in which Archer pitched to what his potential is, posting a 3.23 ERA in the challenging American League East, these were Archer’s fastballs: 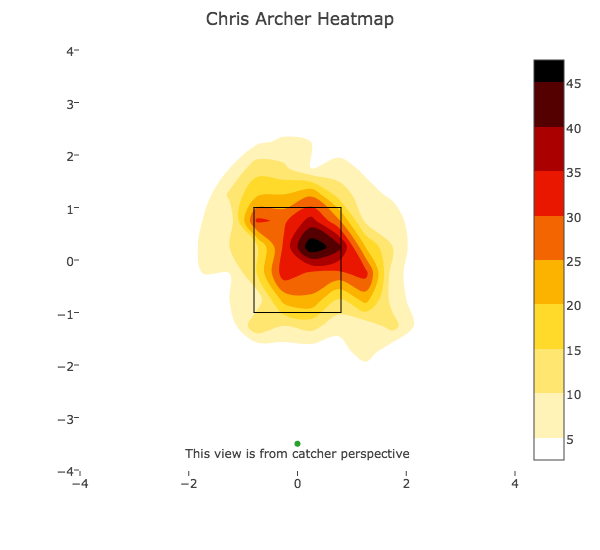 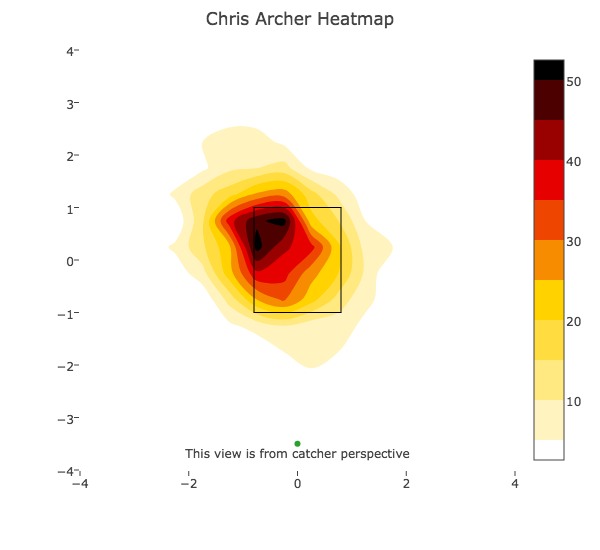 Archer didn’t live inside against either right-handed or left-handed batters, rather he went up and away and tried to avoid barrels that way.  The biggest difference between 2015 and 2018, with the fastball at least, is the amount of fastballs right down the middle.

In 2018, there’s a nice dark area, representing a high volume, of fastballs down the middle against both sides.  Back in 2015, there were mistakes down the middle but it was less concentrated than before.

That’s the largest difference between the success and low points, avoiding the heart of the plate more than not.  Pitching inside isn’t the guarantee of success, it’s more of a way to avoid the middle of the plate.  Walk’s point is the most correct point, limit the mistakes you make.  Pitching inside is the staple of Searage and it’s likely the best way for him to teach and gameplan for pitchers.

Overall, pitching inside won’t make Archer regain that level.  It’s missing the heart of the plate at a higher rate that will, and that’s the goal of what Searage’s preaching is.  If you go inside, you’ll hopefully miss inside, not over the middle of the plate.