Is Jameson Taillon On His Way To Ace Status? 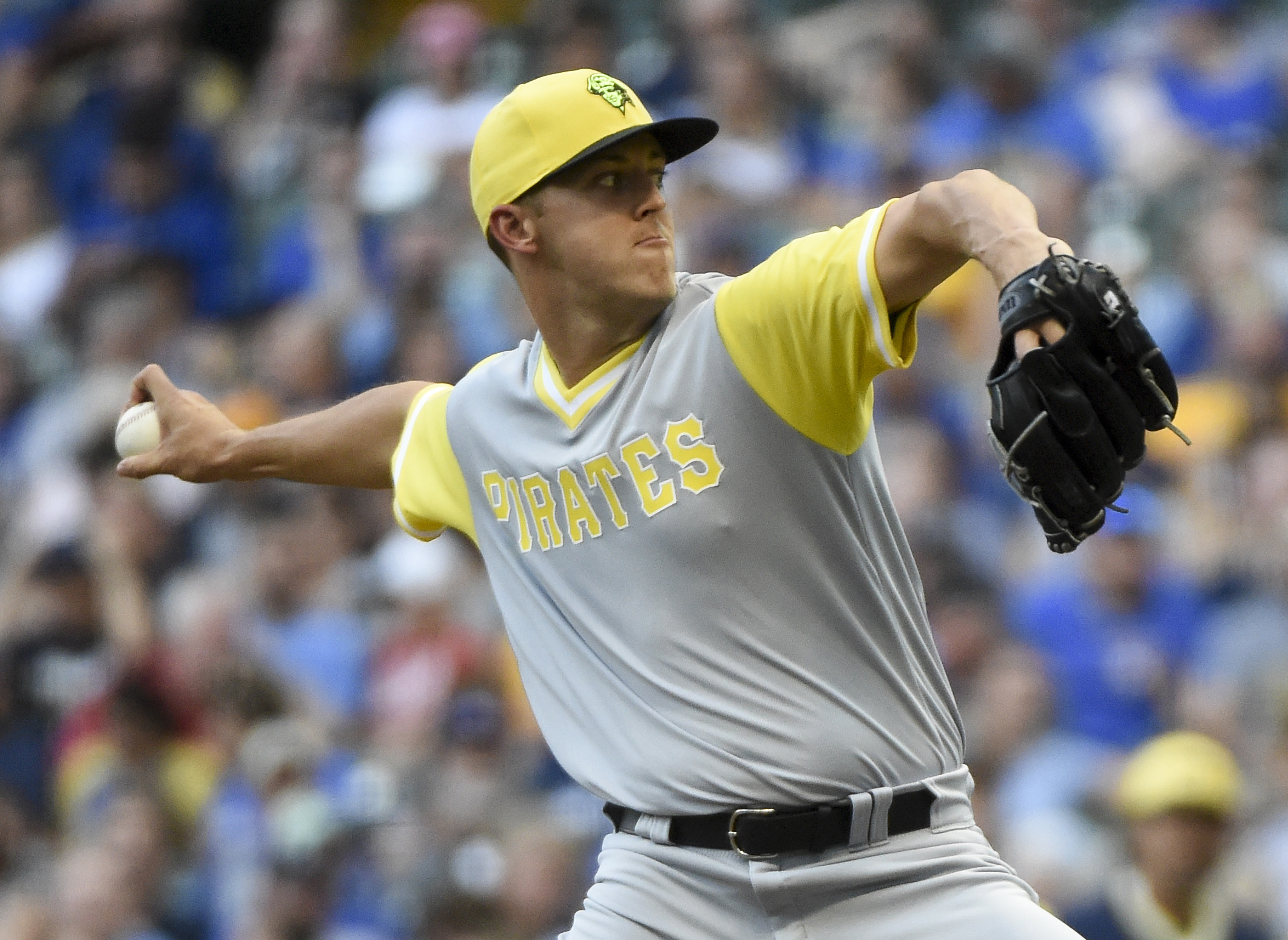 Is Jameson Taillon On His Way To Ace Status?

Coming into 2018, fans expected big things out of the Pittsburgh Pirates 2010 number two overall pick, Jameson Taillon. He answered that with a less than stellar April and May. He has since calmed down and came back down to earth.

To end the month of May, Taillon was 2-4 through 11 starts, with a 4.53 ERA. He was doing a solid job of punching out batters and his walk rate was actually down, but his home run rate (13.2% HR/FB) was inflated. Something had to give. And it did.

On May 27, Taillon began using a slider. Since then, he has been a different pitcher.

It’s not just a coincidence that from the day that Taillon began throwing his slider consistently and efficiently, that he has been a different pitcher. He has thrown his slider around 24 percent of the time since May 27. In the same period, his fastball usage declined five percent (35 to 30 percent) and he has also thrown his curveball around 20 percent of the time, according to Brooks Baseball.

August has been good

Yet again, his slider correlates to his success.

What is fantastic to see is the consistency from Taillon. Over his last 16 starts, he hasn’t allowed more than three runs and he has thrown at least six innings in 12 of those 16 starts.

The Pirates have a strong bullpen, so six innings is a solid number to shoot for; however, he has only reached the seventh or deeper four times since May 27.

While I would say how far he gets into games definitely affects his “ace” status, but as of late, the innings that the Pirates do get from him are quality.

So I won’t go so far as to say he is an ace,  but it is a definite step in the right direction. The Pirates need a face of the rotation more than ever, especially with the well documented struggles of Chris Archer since he came to Pittsburgh.

However, combine the possibility of Taillon pitching like he has since June, with Archer figuring out his issues, and the front end of this Pirates rotation could be set for the next few years.