The Pittsburgh Pirates should wait to trade Josh Harrison 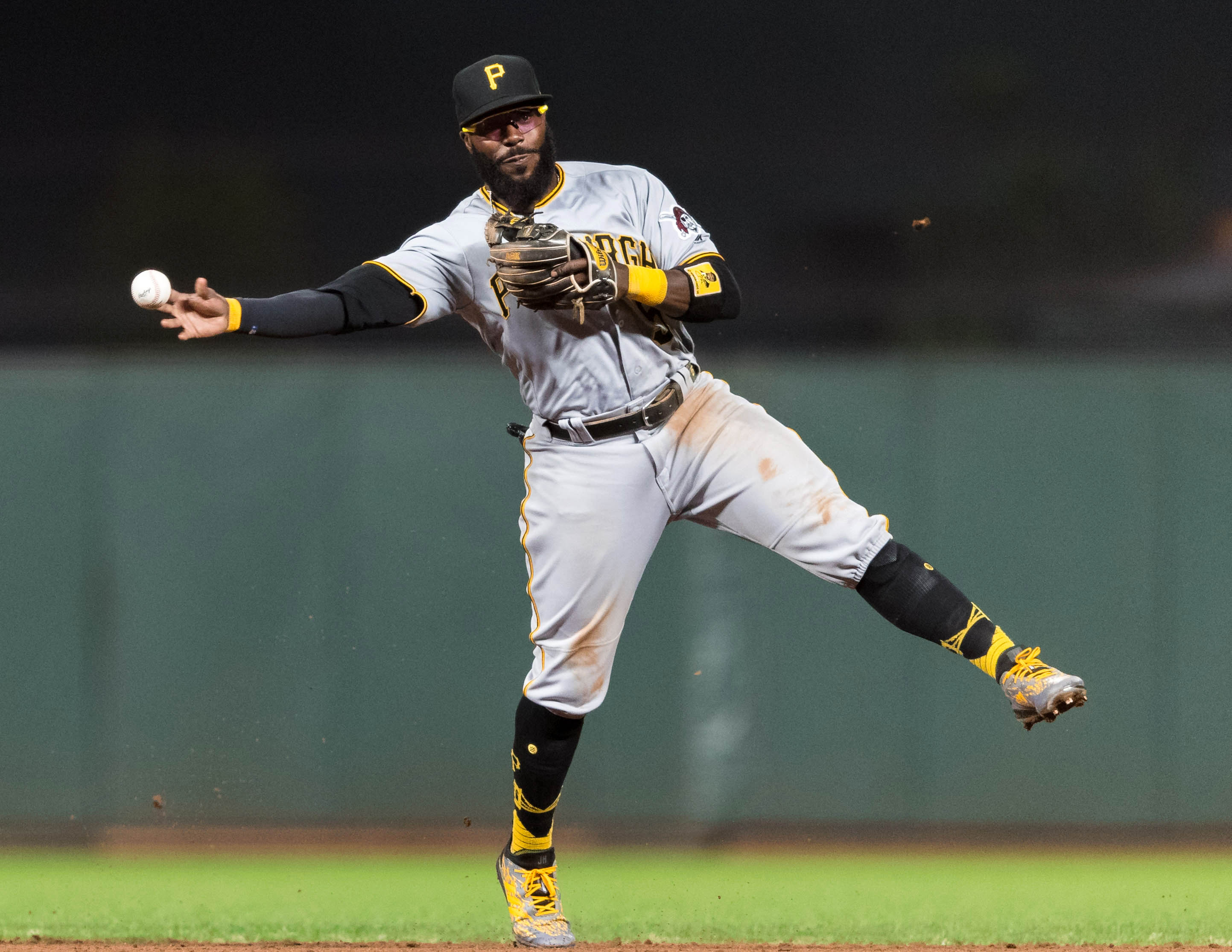 The Pittsburgh Pirates should wait to trade Josh Harrison

The Pittsburgh Pirates will be a team heading into 2019 in a semi-transitional phase. While the team is shaping to be competitive next year, they should also look to shred payroll where they can. Because of that, it makes more sense to try and trade Josh Harrison this winter rather than force a trade in the next few hours.

Heading into the offseason, the Pittsburgh Pirates should be fairly well set at most positions. Deadline moves were made to bolster the rotation (although at this point the results leave much to be desired) and the bullpen, and the team also brought in a former All-Star outfielder before the season begun.

So other than maybe looking for help at third base if the team is not convinced Ke’Bryan Hayes is ready or Colin Moran will not progress past the type of player he currently is, the Pirates have a solid group of players heading into 2019. However, the team is going to have a decision to make with a long time fan favorite, Josh Harrison.

Since signing his four year, $27.3 million extension at the beginning of the 2015 season, Harrison has been worth at least one win each season, topping out at 2.6 last year according to Fangraphs. Up until this year, Harrison’s performance has been a great return investment for the team, easily being worth his salary each year.

However this year that has not been the case. Harrison is currently sitting at 0.4 WAR this season, easily the worst mark of his career since 2013. Consider that he is earning $10 million this year, his production has not come close to what he is being paid. Harrison’s contract calls for two team options in 2019 at $10.5 million (or a $1 million buyout) and 2020 at $11 million (with a $5 million buyout). That’s a lot to pay a 31-year old infielder who is coming off his least productive season since becoming a regular in the lineup.

With reports that Harrison has cleared waivers, he is able to now be traded to any team the rest of the season. For him to be eligible for the postseason, a deal would have to be done today.

Even with his subpar offensive production and pricey team options, Harrison could be an attractive acquisition for a contender since he can play multiple positions. However, unless a team is willing to give up someone that can be useful for the Pirates, they should not just trade him this season for the sake of trading him.

What the Pirates should do is hold on to him, exercise the option for 2019 and then try to move him this winter. This would free up millions of dollars that could be used to explore the free agent market and also because the team has internal options at both the major and minor league levels that could be plugged in immediately.

Adam Frazier has been one of the team’s most consistent hitters in the second half and would be a much cheaper option for the team. Frazier still has another year of team control before he will head to his first year of arbitration and will certainly see a raise from his salary of $571,000 this year.

Frazier has had his most productive season to date, with career highs in home runs (seven) and WAR (1.1). He has set this career highs in less at-bats that he has received in previous seasons.

The recently promoted Kevin Newman has seen action at second base since joining the Pirates so he could be an option going forward. However he most likely fits in the team’s plans as the shortstop for next year. So if there is a minor leaguer that could challenge Harrison for playing time if he stays or Frazier if he takes over, it would be Kevin Kramer.

Kramer has had a nice season with Indianapolis, slashing .307/.361/.480 with 14 home runs. The Pirates certainly have options entering the offseason.

However, if there is one hurdle to moving Harrison, it is definitely his rising salary and decreasing production. Teams may shy away from trading for him because of these reasons, but his ability to play multiple positions in the field could be a reason that they would overlook his salary of over $10 million in 2019.

Since teams have until today to acquire players that would be eligible for the postseason, the Pirates should not feel any pressure to move him just for the sake of moving him. They could probably field more serious offers in the postseason, which would also allow them to figure out how exactly they want to construct their roster for 2019.