Who Will Be Joining The New York Mets When Rosters Expand Tomorrow? 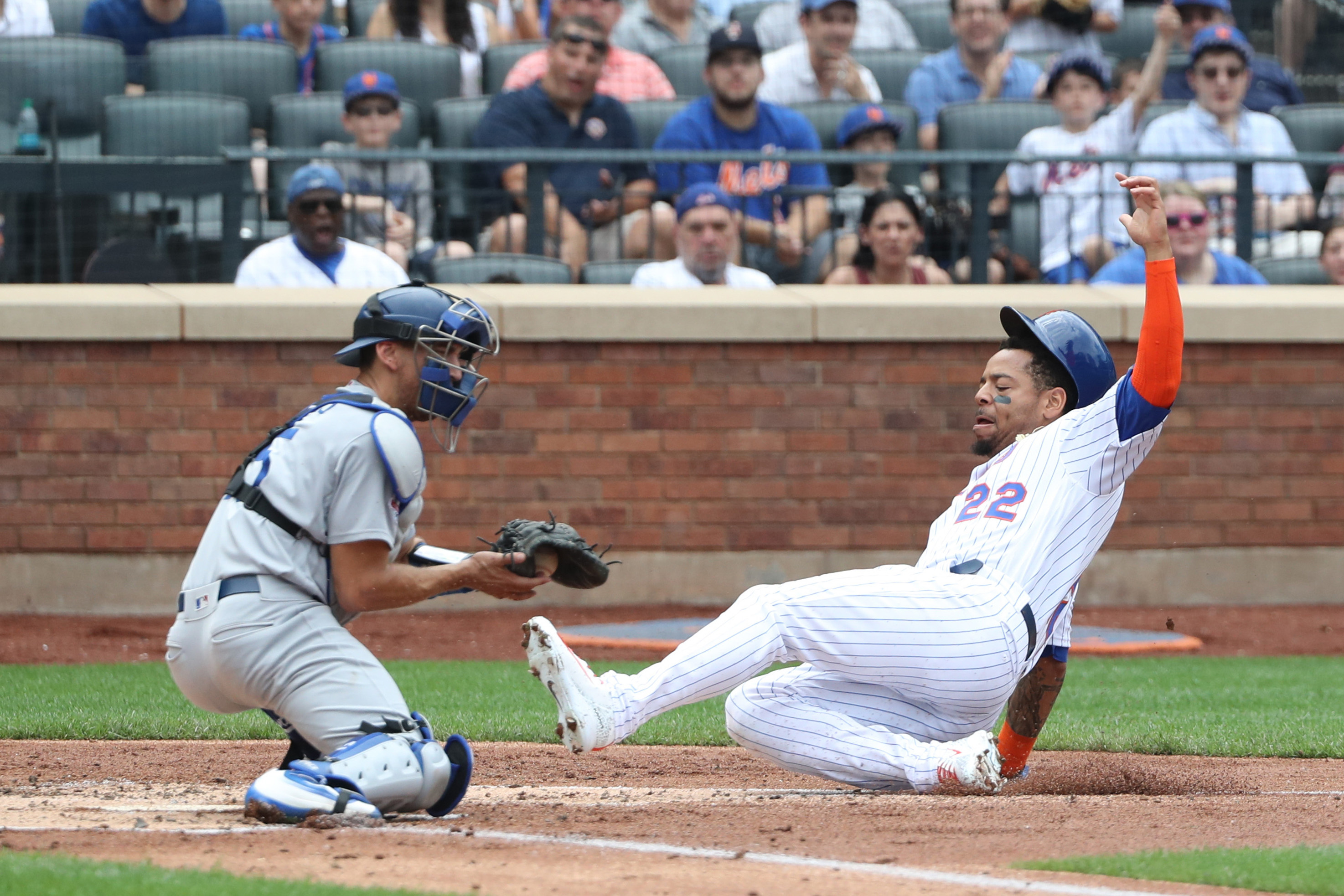 Who Will Be Joining The New York Mets When Rosters Expand Tomorrow?

September is almost upon us, and it means its time for the silly part of the baseball season. League rules allow teams to expand their active rosters from 25 to 40 for the final month of the regular season, leading to 12 man bullpens and 10 man benches along with inevitably lengthier games. The New York Mets will probably take full advantage of the expanded rosters to bring some reinforcements to the big leagues, but who will actually be in Queens for the final month of the year? Let’s take a look at the candidates below:

Dominic Smith: With the Mets declining to promote Peter Alonso, Dominic Smith will be among the most notable call ups in September. Smith has been playing a lot of left field for the Las Vegas 51’s, but the Mets have said he will be in the mix for playing time at first base along with Wilmer Flores and Jay Bruce. Getting Smith a lot of at bats should be a priority for the Mets, but it seems like they have spent way too much time catering to the veterans on the roster.

Jack Reinheimer: The Mets like Reinheimer, a recent waiver claim from Arizona, and have found starts for him in left field and on the infield. Reinheimer was sent down to the minors recently in order to add reinforcements to the bullpen, so he will likely be back to add depth to the bench as soon as possible.

Gavin Cecchini: After missing most of the year with a foot injury, the Mets’ 2012 first round pick is getting healthy at the right time. Cecchini has been rehabbing with Port St. Lucie, and he should be added to the Mets’ bench once he is healthy, but he probably won’t get a ton of playing time.

Luis Guillorme: The slick fielding Guillorme hasn’t gotten much of a chance to play in the majors, but he should also be a bench piece once rosters expand.

Gerson Bautista: An extra bullpen arm is always a must when rosters expand, and Bautista is one of the few healthy candidates on the 40 man roster.

Jacob Rhame: Rhame has been a frequent flyer on the Las Vegas shuttle this season, swapping between the big club and AAA on five separate occasions this season. The sixth time should be the charm for Rhame, who will be in the bullpen for the rest of this season as he looks to make a strong impression for next year.

Tim Peterson: Peterson got off to a quick start in his big league career but fell apart when he was overworked by Mickey Callaway in the middle of the season. The Mets will bring the righty back in September to see if he can be a factor out of the bullpen next season.

Drew Gagnon: The Mets added Gagnon to the 40 man roster for one start earlier this season, and he has remained on it despite all of the maneuvering the Mets have done over the past few months. Gagnon, who is 6-6 with a 4.74 ERA in 26 starts for AAA Las Vegas, could serve as an extra long man out of the bullpen.

P.J. Conlon: The Irish born lefty has made a pair of starts for the Mets this year, who lost him on waivers briefly before reclaiming him from the Los Angeles Dodgers. Conlon has been projected as a potential lefty specialist out of the bullpen, and the Mets could try him out in that role in September.

Eric Hanhold: Hanhold, who the Mets got from the Milwaukee Brewers in exchange for Neil Walker last August, has had a decent year in the minors. The Mets may want to look at him now and see if he is worth a 40 man roster spot down the line.

Courtesy Ranks For The Injured:

David Wright: This situation is a bit contentious as Wright wants to come back and the Mets are hesitant to let him, partially over fear of losing out on insurance money. This could get ugly, but if the team is smart Wright will get back on the field. The Mets need to put Wright back on the 40 man roster after the season, so doing it now could be a smart move to see if he has anything left with two years remaining on his contract.

T.J. Rivera: Rivera has been a forgotten man with his rehab from Tommy John surgery taking longer than anticipated. The Mets have said that they want to get a look at Rivera before the year is out, but they may be running out of time to do so.

Bobby Wahl: Wahl, one of the pieces the Mets acquired in the Jeurys Familia trade, is on the shelf with a hamstring injury. If he can recover in time, the Mets would like to see Wahl get into some games before the year is over to see if he can help out of the bullpen next season.

Anthony Swarzak: Like Wahl, Swarzak is on the shelf, although he is dealing with right shoulder inflammation. Swarzak is under contract for next year, so the Mets would love to see him return healthy and contribute before the year is out.

Peter Alonso: Despite the fact that he has done plenty to earn a promotion, the Mets have made it clear that they won’t call up Peter Alonso. The Mets have offered a variety of excuses related to defense and the fact that he doesn’t need to be added to the 40 man roster right now, but they are likely trying to manipulate his service time.

Franklyn Kilome: Kilome, the talented young righty the Mets acquired in the Asdrubal Cabrera trade, has pitched well in AA but the Mets are in no hurry to promote him to the major leagues.

Andres Gimenez: The Mets’ top prospect, the 19 year old Gimenez has more than held his own at AA, but he may need to change positions in order to get to the major leagues. That process should take a while, so Gimenez isn’t going to be a factor this season.