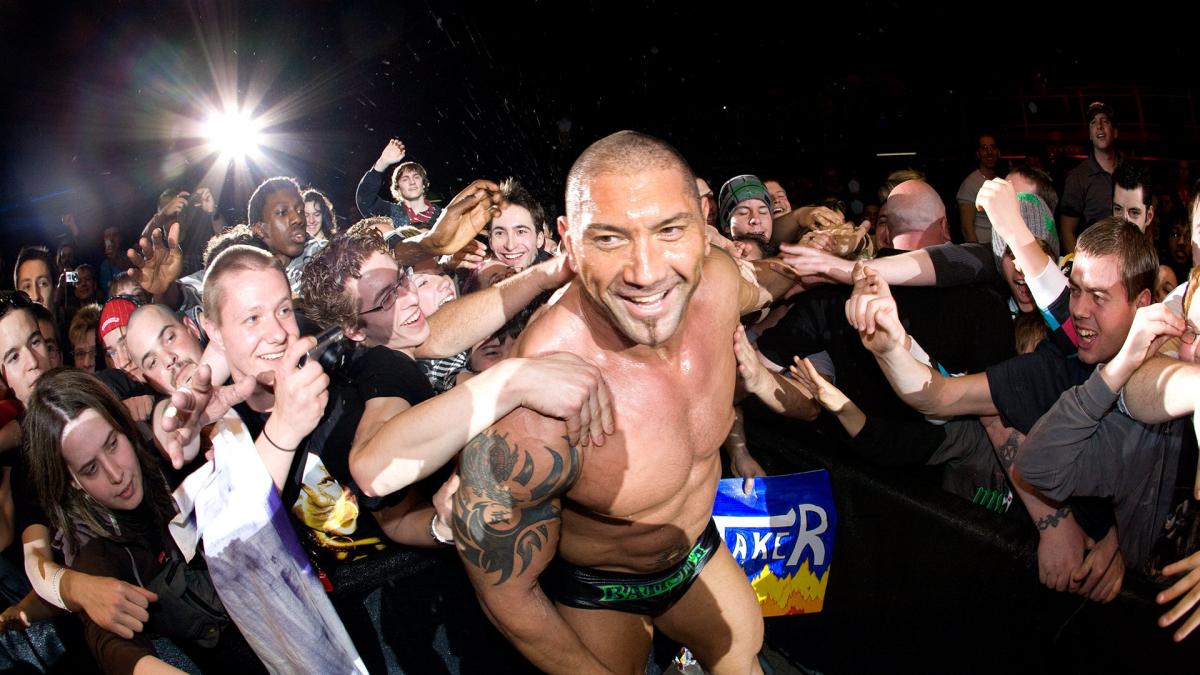 Batista holds a unique place among WWE fans. For some, The Animal’s last run with the company was undeserved and left a bad taste that simply cannot be forgotten. For others, Batista’s star is so much brighter now thanks to his work in Hollywood so he’s viewed in a much more favorable light.

Then there’s Batista’s apparent inability to decide where his head is when it comes to the business that made him a star. He has openly criticized WWE in the past yet he’s never said he wouldn’t be open for a return. Now Batista once again has fans wondering if he will indeed come back to WWE at some point.

In an interview with WhatCulture Wrestling, Batista was asked about what it would take for him to come back to WWE.

Batista also touched on his last run with the company, which came during the rise of Daniel Bryan in 2013/2014. Batista was elevated from the moment he returned but fans were not kind and he left WWE again shortly after the Evolution reunion.

Batista did mention that last run and his feelings on what happened.

“The last time I went back was with really good intentions and I felt like I wasn’t delivered what I was promised and that was just creatively. That would be it, I would have to have a strong say of what I did and who I worked with and it would just have to make sense as far as time.”

Batista’s breakout role was as Drax the Destroyer in Marvel Studios’ Guardians of the Galaxy. Batista’s performance helped make GOTG a hit with moviegoers and pro wrestling fans alike.