Packers Taking Big Risk with Only 2 RBs on the Roster 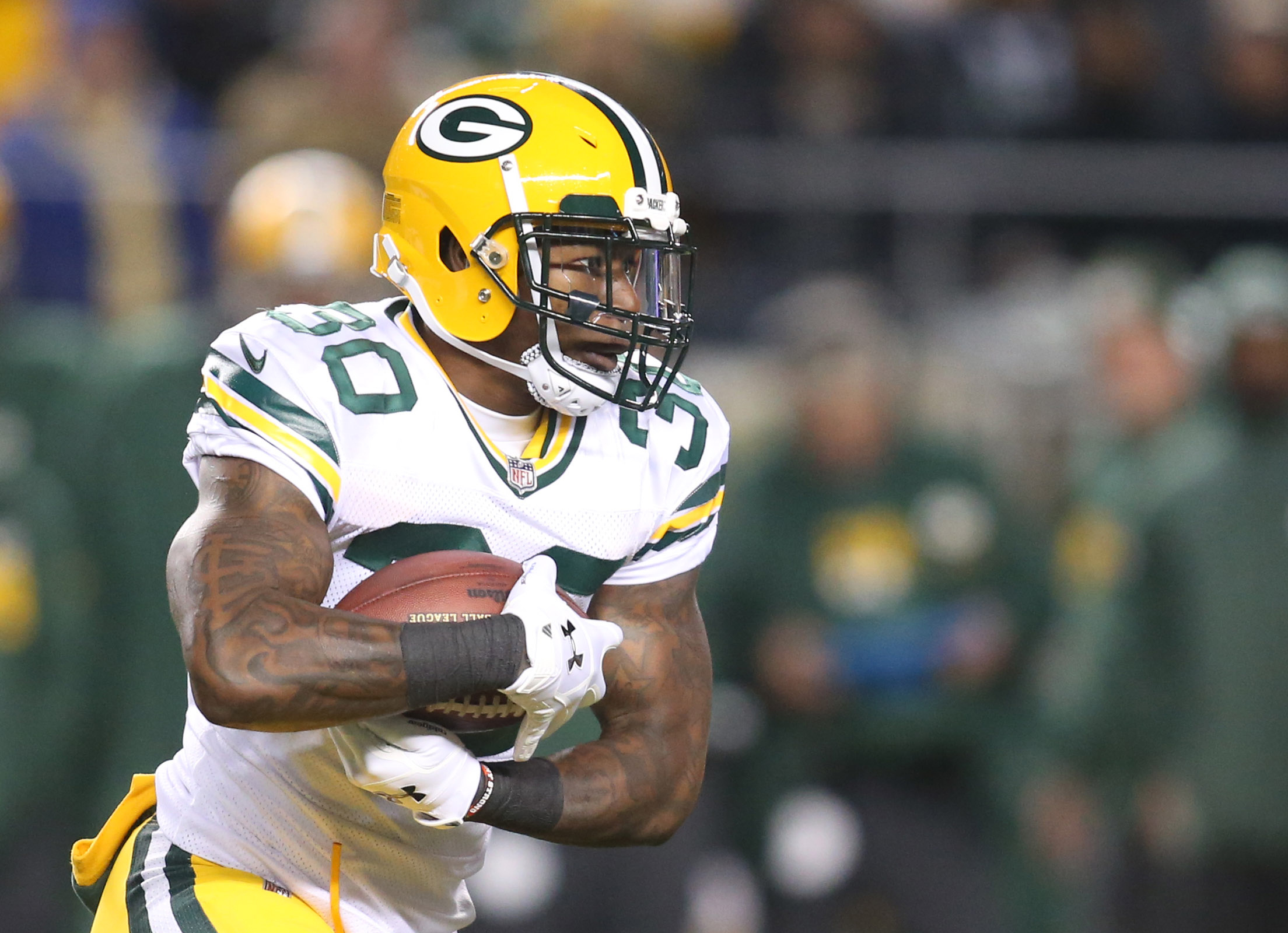 Packers Taking Big Risk with Only 2 RBs on the Roster

The Green Bay Packers have made their final cuts and the team is down to the 53-man player limit. New GM Brian Gutekunst made some bold and surprising roster moves to get the team ready for Week 1 against the Chicago Bears. The biggest risk he’s taking is starting the season with just two running backs on the active roster.

With Aaron Jones suspended for the first two games of the season, the Packers will have only Jamaal Williams and Ty Montgomery available on opening night at Lambeau Field barring another roster move in the next few days.

The Packers waived possible backups Joel Bouagnon and Devante Mays on Saturday. Mays missed most of training camp due to injury and had fumble issues last season in limited action. Bouagnon just didn’t show enough to prove he was ready to be a contributor during the regular season.

But keeping just two running backs on the roster involves significant risk. Running backs are involved in a lot of contact during an NFL game. If they carry or catch the ball they are the target of all 11 defensive players on the field and are often hit by several of them on one play. When Aaron Rodgers drops back to throw, the running back is often called on to block a blitzing defender who is usually larger than they are and is coming at them with speed as they try to get to the quarterback.

Both Williams and Montgomery have been banged up recently. Williams sprained his ankle in the preseason game against the Steelers two weeks ago. Montgomery was limited to just eight games last year due to broken ribs and has yet to play all 16 games in any of his previous three NFL campaigns. As a converted wide receiver, many critics have questioned whether Montgomery can take the pounding a running back needs to absorb and still be effective.

It is not difficult to imagine both available running backs being injured in the same game. If that does occur, the Packers would be in a difficult situation. Last season, the Packers carried a fullback on their roster. That meant they could give Aaron Ripkowski some carries and he could fill in to protect the quarterback when needed and get them through the rest of the game. But the team didn’t keep a fullback on the roster this season so that short-term fix is no longer available.

That would leave the emergency running back duties to starting wide receiver Randall Cobb. Cobb has frequently carried the ball on gadget plays, rushing for 352 yards on 59 carries during his NFL career. He has not carried the ball more than 13 times in a season and is clearly not the built to be a full-time NFL running back.

There aren’t many other alternatives on the roster. Would one of the backup tight ends suddenly get a chance at running back? Could the Packers be effective with an offense that passed on nearly every play, even if the team was trying to protect a lead?

You don’t have to go very far back to find a game where the Packers were short of running backs. On October 30, 2016, the Packers faced the Atlanta Falcons in Atlanta and had serious limitations at the RB position. Starter Eddie Lacy was already on the injured reserve by that point in the season. Backup James Starks was out with a knee injury and Ty Montgomery missed the game due to an illness. Aaron Rodgers led the Packers in rushing that day while the carries were split between Ripkowski (6 rushes), Don Jackson (4 carries) and Knile Davis (3 attempts). The three backs combined for a total of only 48 yards for the game.

The Bears have a strong defense and it just got even better with the addition of Khalil Mack. The Packers will need to be able to run the ball effectively to keep the Bears pass rush off-balance and prevent Chicago defenders from teeing off and rushing the Packers franchise quarterback.

The Pack is taking a big risk by entering the season with only two running backs, no fullback and not a lot of alternatives. Packers fans have to hope this doesn’t cost them in what promises to be a tight playoff race in the NFC this season.