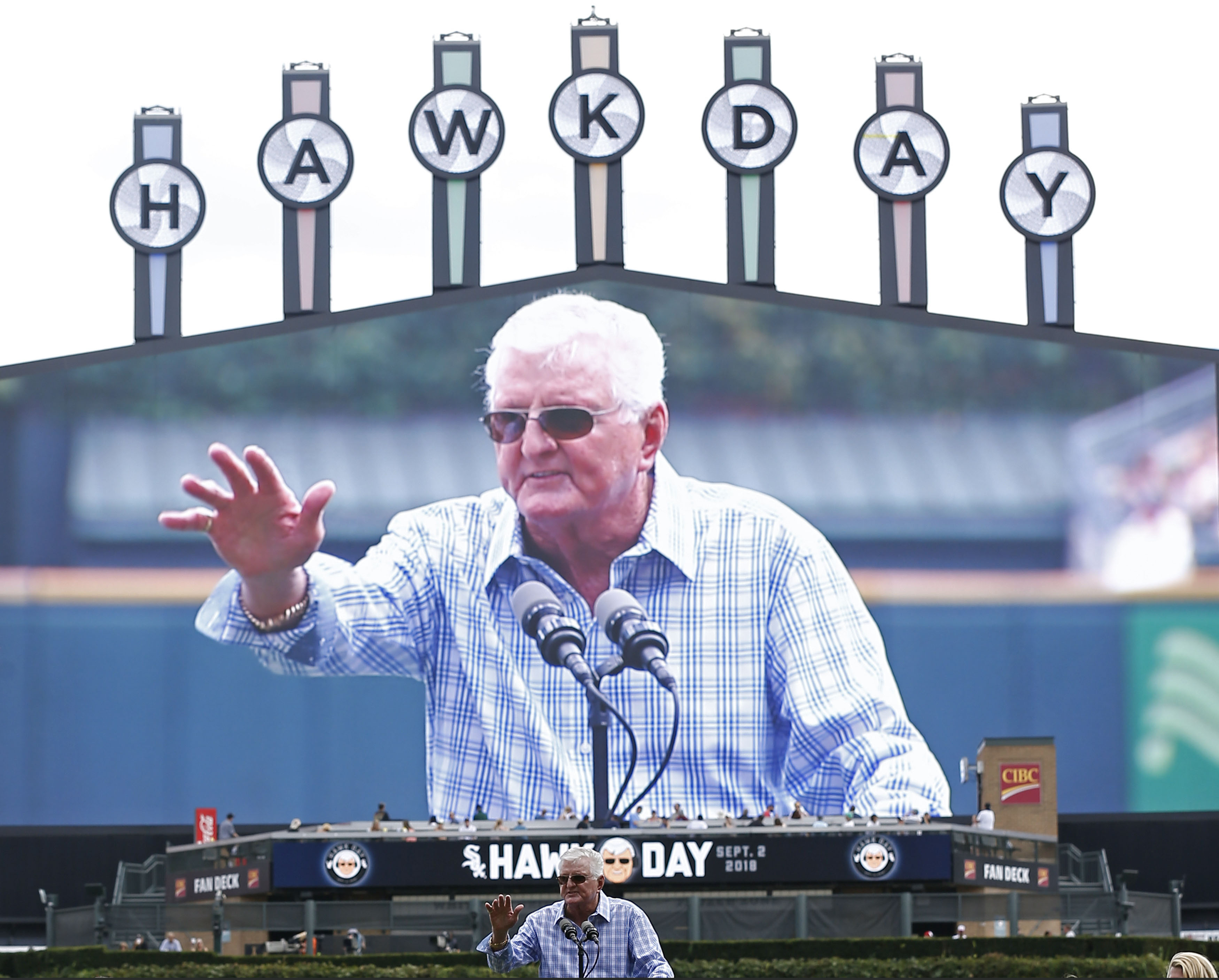 LeBron James has grown more outspoken with each passing year, and he no longer shies away from talking about politics.

In fact, he tends to use his platform to talk about how he feels about that subject — especially his disdain for President Donald Trump.

James also saw the first episode of his HBO series — “The Shop” — air last week, and it received a mixed reactions. Some felt the banter was entertaining, while others believed the NSFW language and constant praising of James was a bit much.

White Sox play-by-play announcer Hawk Harrelson didn’t appear to be a fan of it. The 76-year-old was honored during “Hawk Day” on Sunday, commemorating the end of his tenure calling Sox games. He shared some thoughts about James during the game’s broadcast, and did not hold back.

“Well, I used to watch LeBron but no more,” Harrelson said, via Sports Mockery. “I wish these guys would keep their nose out of politics and just play because people didn’t come to hear their opinions on politicians.”

Those are interesting thoughts because Harrelson has essentially made a career out of airing controversial opinions to garner attention. It seems a bit hypocritical of him to criticize James.

[You can check out the full video over at Sports Mockery.]