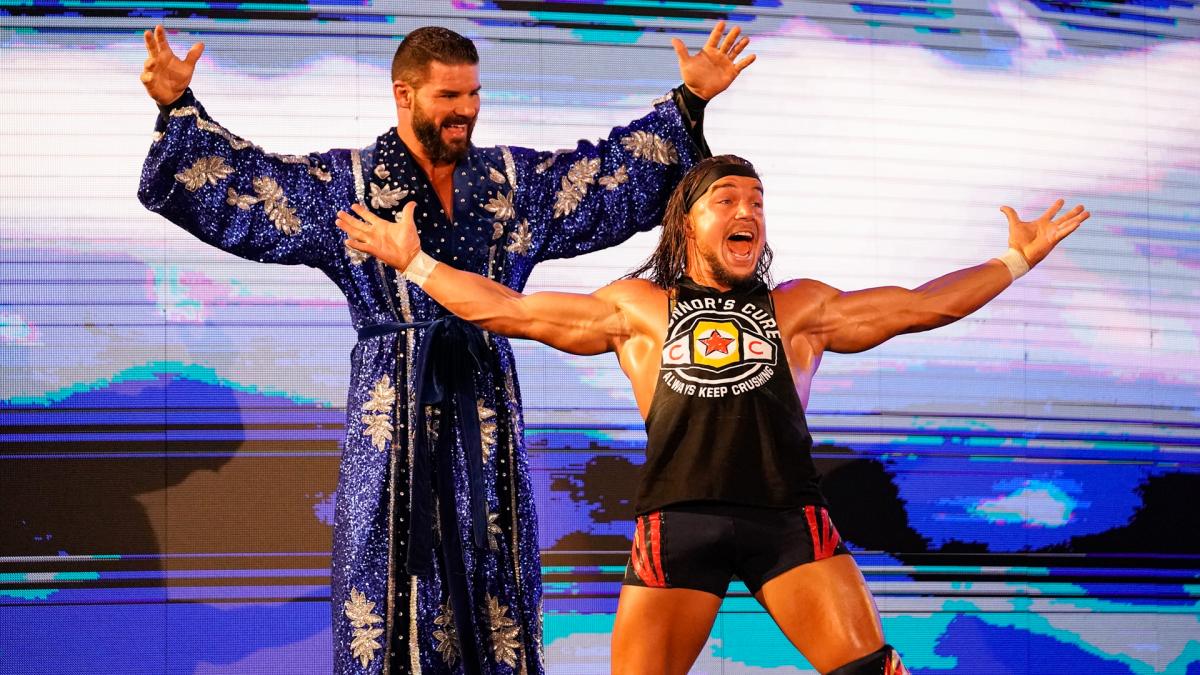 The latest episode of WWE Raw was a star-studded edition, pitting The Undertaker against Shawn Michaels in a verbal altercation to promote the upcoming Super Show-Down event in Australia.

During the event, a new team was paired, as Bobby Roode teamed with Chad Gable to face The Ascension. To the fans, the pairing of Roode and Gable was quite odd, as there is no history or backstory to adequately explain the duo. The only exception was a backstage interview during this show, with Gable stating that he was “captivated” by Roode.

Despite the fans being confused, the Wrestling Observer Radio is speculating that this can be set up to turn Roode heel as a result of feeling jealously one-upped by Gable.

As seen in the video above, Gable looked very impressive in their tag team debut, reintroducing the fans to his explosive arsenal. Roode was even more impressed, celebrating with Gable following him getting the pin on Viktor.

Both Roode and Gable have been in very tough spots on Raw. Gable moved over to Raw during the Superstar Shake-up, ending his SmackDown Live pairing with Shelton Benjamin. Following the Shake-up, Gable secured an upset win against Jinder Mahal, but was decimated in the following weeks, never able to recover.

Roode debuted on SmackDown Live on the episode following SummerSlam. Surprisingly, he debuted as a heel, after being the top heel in NXT. Roode’s popularity led him to win the United States Championship on SmackDown Live, only to lose it less than two months later against Randy Orton at Fastlane.

Roode became a member of the Raw roster, but multiple losses against Elias significantly derailed his push. Although he was a member of the Money in the Bank match for an opportunity to challenge for the Universal Championship, but was unable to win the match.