After nail-biter, Penn State gets good Week 2 test at Pitt 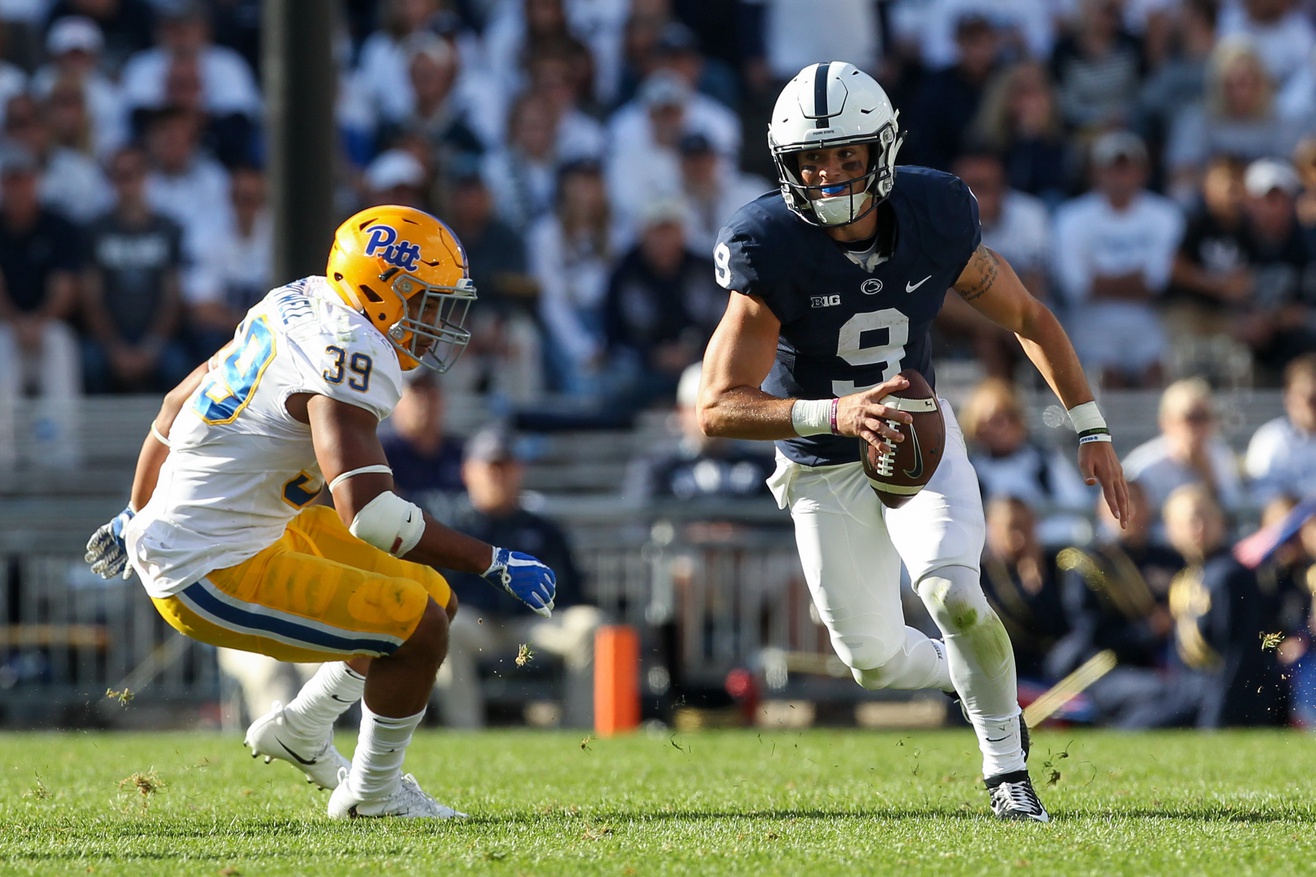 After nail-biter, Penn State gets good Week 2 test at Pitt

After having to overcome a bit of adversity in the season opener with a thrilling overtime victory over Appalachian State last week, Penn State packs up the busses and heads to Pittsburgh this weekend to renew their in-state rivalry with the Pitt Panthers.

Days after Penn State opened as a nine-point favorite on the road, the line has stayed fairly firm at all of the best options to place bets online with just days to go before the anticipated primetime matchup in Heinz Field this Saturday. Perhaps not many bettors have been scared off by seeing Penn State have to scramble to rally for a late Trace McSorley touchdown pass to tie the Mountaineers and a Miles Sanders touchdown run in overtime before a game-clinching interception by Amani Oruwariye.

This week will be another good early test for the Nittany Lions. Last season, Penn State experienced the thrill of a last-second victory on the road against Iowa and they followed that up with three blowout victories before suffering their first of back-to-back setbacks on the road at Ohio State. Rather than returning home after a nail-biter of a win like last season, this time Penn State is heading into hostile territory against a regional and historic rival. And Pitt will be ready for them.

Not a whole lot can be gathered from Pitt’s season-opening victory over Albany because of the level of competition the Panthers faced. But the game plan for Pitt should look familiar. Like last season when the Panthers ventured to Happy Valley, Pat Narduzzi will likely look to play a game of ball control with methodic drives gobbling up as much clock as possible and hopefully resulting with points on the scoreboard. That was the plan of attack last season, but a pair of interceptions led to two Penn State touchdowns and eventually Narduzzi was pressed to make a change at quarterback to look for a jolt. By the time that change was made, however, Penn State already had a 28-6 lead and Pitt was just looking to keep the score respectable.

A similar story may play out this weekend. Penn State is a far more talented team thanks to superior recruiting in the last few seasons, but Pitt has what it takes to give them a good battle in western Pennsylvania, even if a good number of fans in Heinz Field will be wearing blue and white. It’s all about Pitt’s game plan and trying to emulate some of the things that worked well for Appalachian State, especially in the fourth quarter.

What remains to be seen is how much of a wakeup call the Appalachian State game was for Penn State, particularly on defense. Penn State’s defense was not a concern for the first 45 minutes of the game, but the inability to shut the door on an upset-minded Appalachian State was alarming, providing flashbacks to last season’s Ohio State game when a game that should have ended with a win vanished and took Big Ten and playoff hopes off course.

Say what you will about this series and how important or unimportant it is to you, but this is a great Week 2 test for Penn State.