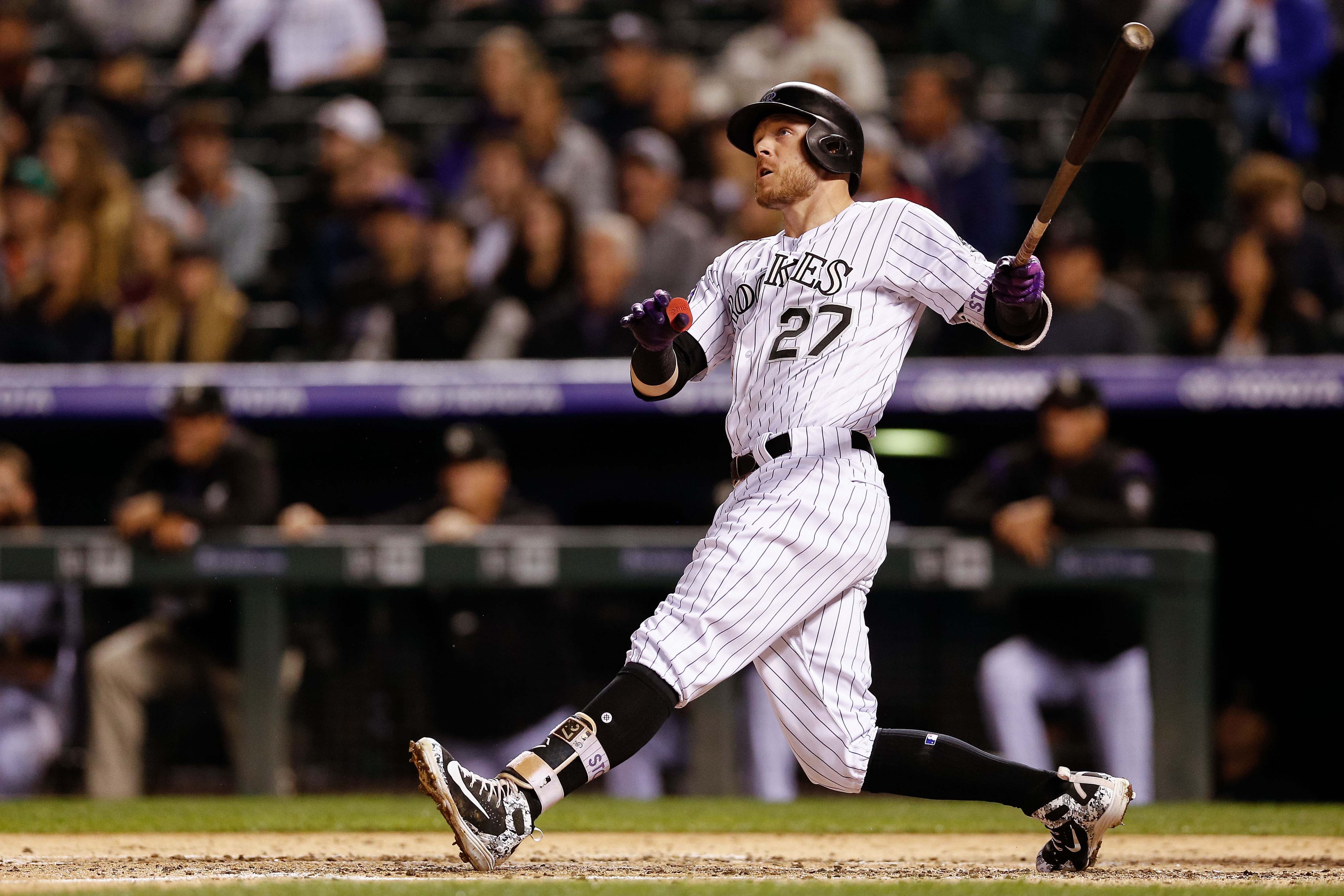 Rockies infielder Trevor Story is the type of player that can disappear for a few days, then completely take a game over with his slugging prowess.

That’s exactly what happened on Wednesday night, with the Giants being unfortunate enough to be on the other end of his onslaught.

Story crushed home runs in each of his first three at-bats in the game, two of them being moonshots. The one he hit in the first inning was roughly 450 feet, but it was the second dinger that nearly broke social media.

The 25-year-old crushed a pitch in the fourth inning so far that it landed in the concourse area of Coors Field. It traveled an estimated 505 feet, which is ridiculous.

That home run beat Giancarlo Stanton’s 504-footer, barely, and gave Story the longest home run in MLB history, since the beginning of the Statcast Era.

Trevor Story's home run tonight is the longest in the Statcast Era ™️. Giancarlo Stanton held the previous mark with a 504-footer in 2016. Those are the only home runs measured at 500+ feet.

Imagine if he had stayed on his feet? Story nearly fell down while crushing the pitch, Adrian Beltre-style.