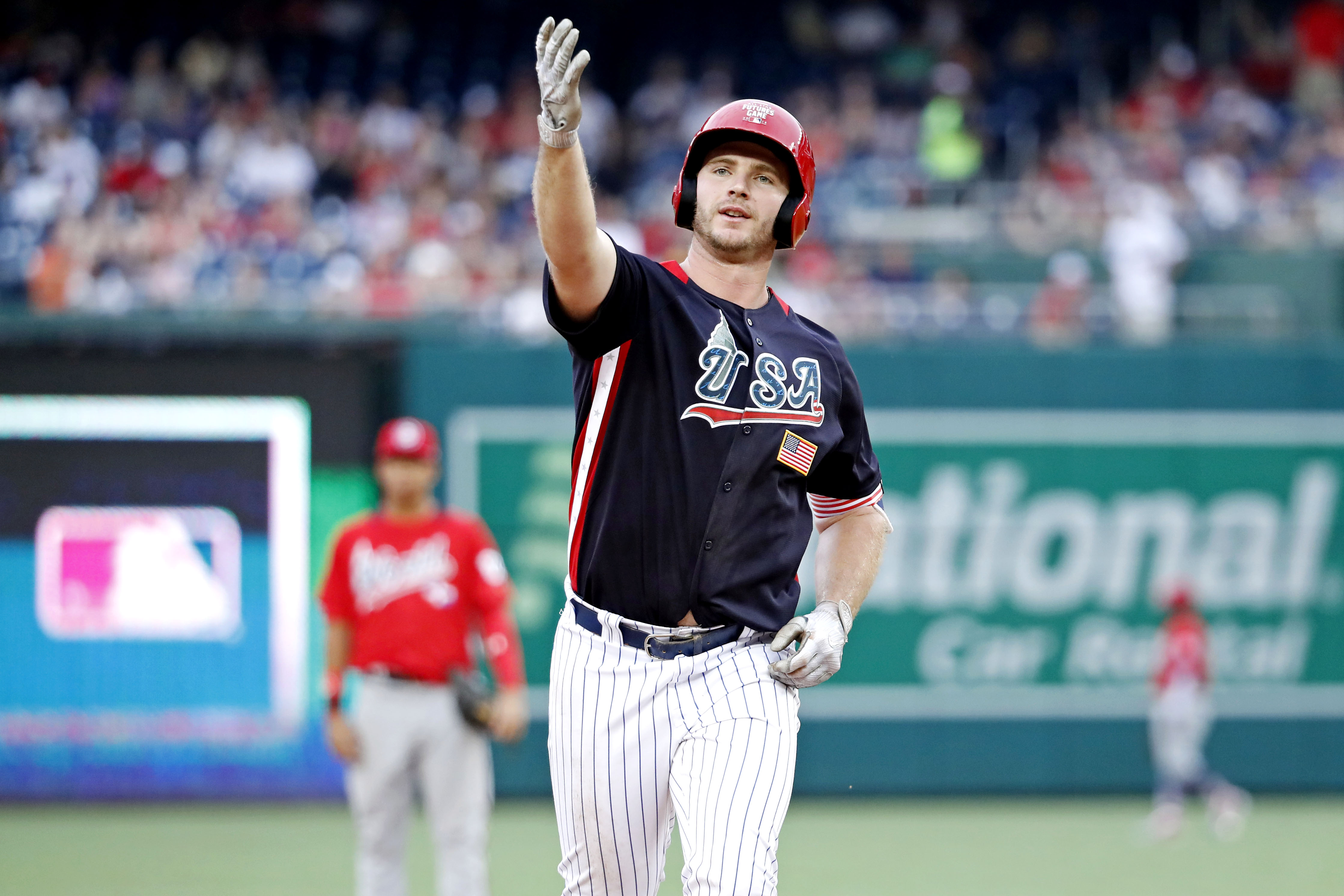 The New York Mets didn’t call up Peter Alonso to the major leagues, but he is still on his way to Citi Field this week. Alonso will be among the Mets’ prospects to attend the franchise’s first fall development camp in New York City, Tim Healey of Newsday reports. The camp, which is similar in practice to ones run by other big league franchises, will introduce 15 of the Mets’ best prospects to what it is like to be a big league player in New York City. The process will include the ability to see what life is like dealing with the New York media and opportunities for additional instruction with the big league coaching staff.

Besides Alonso, other notable prospects at the camp include shortstop Andres Gimenez, outfielder Jarred Kelenic, infielder Ronny Mauricio, and starting pitchers Justin Dunn, Anthony Kay, and David Peterson. This is a solid who’s who of the Mets’ best prospects, and getting them some exposure to the market is never a bad idea. Alonso, who hit 36 home runs and drove in 119 across two levels this year, was not recalled due to concerns over his defense at first base. The Mets are planning on sending Alonso, along with Gimenez and six other prospects, to the Arizona Fall League this November to continue their development.