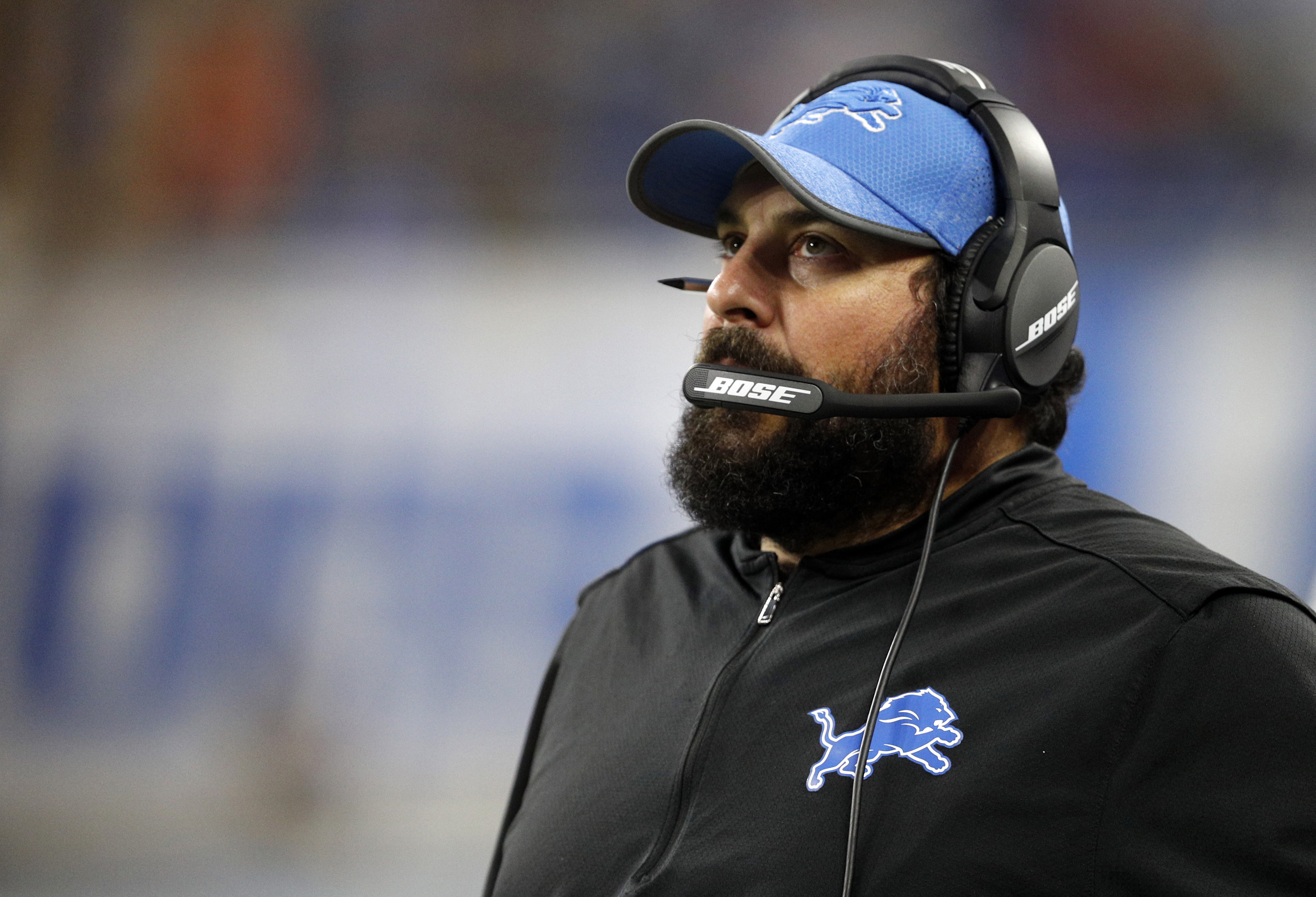 The first of two Monday Night Football games to kickoff the 2018 NFL season pits the New York Jets against the Detroit Lions. That game in Ford Field will usher in a new era for both teams.

On the Lions side, it will commence the days of Matt Patricia as the head coach in Detroit. He comes over from New England after spending 14 years with the Patriots organization in some capacity, with the last six as the defensive coordinator. He is taking over for Jim Caldwell, who went 36-28 in his four seasons, at the helm in the Motor City.

As for the Jets, they are embarking on the Sam Darnold era in the Big Apple. Darnold, who was the No. 3 overall pick in the 2018 NFL Draft, will become the youngest Week 1 starting quarterback in NFL history when he makes his debut (21 years, 97 days).

But you can throw all of that out the window when the regular season begins as it’s a new year with new players and coaches on both sides.

We already know the Jets will have a new leader under center in Darnold, but he will be joined by a new running back as well. Isaiah Crowell, who spent his first four seasons in Cleveland, signed a three-year deal worth $12 million with New York back in March and looks to lead the backfield.

The Lions, who have had one of the worst rushing attacks in the NFL for the past few seasons, added a couple new players to their backfield also. LeGarrette Blount, who won the Super Bowl with the Philadelphia Eagles last season, signed a one-year deal with Detroit in the offseason. The team also used a second-round pick on SEC Offensive Player of the Year, Kerryon Johnson out of Auburn, in the 2018 NFL Draft, hoping that both of these players could shore up the running game.

Even with new backfields for both teams, I think this game will come down to the QB play and what defense can make more big plays.

The Lions clearly have the advantage at quarterback. Matthew Stafford, entering his tenth year in the league out of Georgia after being the No. 1 pick in the 2009 draft, has been one of the best QBs in the NFL over the last several seasons. He threw for 29 touchdowns and 4,446 yards in 2017. That was his seventh straight year with at least 4,200 yards.

Darnold, while full of potential, is still a rookie making his NFL debut on Monday Night Football on the road in a hostile environment. He had impressive games in college at USC, but he also had some erratic ones as well.

As for the defenses of both teams, they are both a work in progress.

On the Jets side, there is really only one player who should scare the Lions and that’s defensive end Leonard Williams. But after his Pro Bowl season in 2016 where he racked up a career high seven sacks, he had a down year in 2017 with only two. That’s one reason New York had the fifth fewest sacks in the NFL last year with only 28 as a team. He also had a career-low 47 tackles after getting 68 the year prior.

For the Lions, they have a few former Pro Bowlers on the defensive side of the ball in safety Glover Quin, cornerback Darius Slay and defensive end Ezekiel Ansah. But besides those three, the defense as a whole is rather weak. The linebacking corps has some potential with second-year pro Jarrad Davis, but has to be one of the weaker units in the league.

Now, time for the prediction. I think the Lions will put their preseason offensive woes behind them and have a productive night. If Stafford has time in the pocket, which I believe he will against this Jets pass rush, he can pick apart any defense in the league. He will find the likes of Golden Tate and Marvin Jones Jr. and will throw for around 300 yards and a couple of touchdowns. The Lions rushing attack will combine for north of 100 yards and help chew up the clock late in this one.

As for the Jets, I think Darnold will show some flashes of greatness, but will ultimately struggle and throw an interception or two. The backfield duo of Crowell and Bilal Powell might make some big plays against Detroit’s weak front seven, but not enough to pull out the victory. Even with a defense that might not be the strong point of this team, I think Patricia will have them prepared and ready to play come game time.

The Lions have won six of their past seven season openers and I believe they will make it seven of eight after this one.