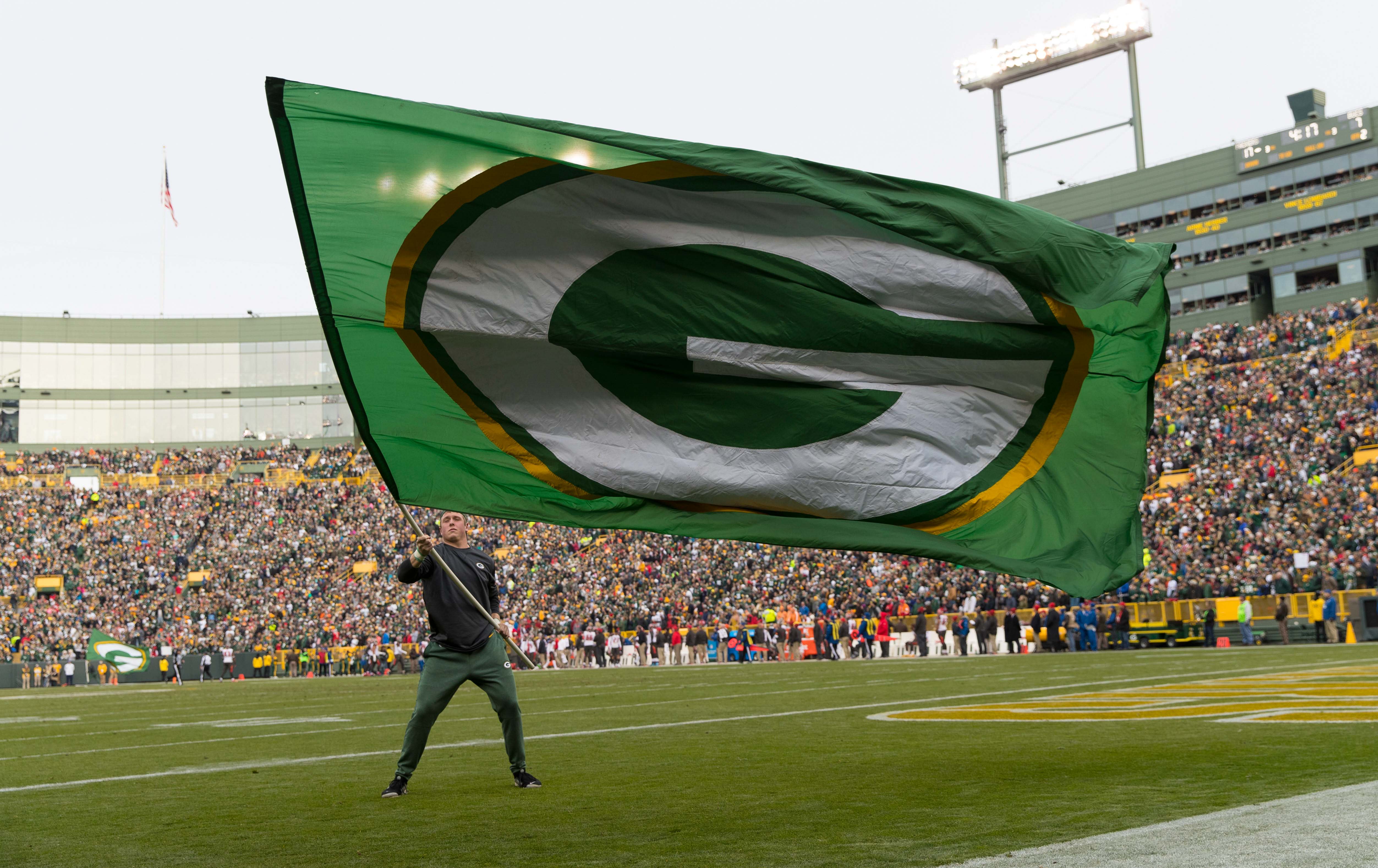 The Green Bay Packers kick off their 100th anniversary celebration Sunday night when they host the Chicago Bears at Lambeau Field. With that in mind, here is a look at the 10 best season openers for the Packers since the start of the Lombardi Era in 1959.

Games were ranked based on their significance, excitement, outstanding performances and memorable plays. Feel free to comment on any of these games or bring up one you feel deserved to be on this list and enjoy the trip down memory lane.

Rookie kicker Mason Crosby booted a 42-yard field goal with two seconds left to give the Packers a 16-13 win over the Eagles at Lambeau Field. It was Crosby’s third field goal of the game and his second in the final minute of the fourth quarter.

The Packers offense struggled and failed to reach the end zone during the game. Tracy White scored the Packers only touchdown early in the first quarter when he recovered a muffed punt in the end zone.

With the win, Brett Favre won his 148th game as a starting quarterback, trying John Elway’s career mark. Nobody knew it at the time, but it would be Favre’s final opening day in a Packers uniform.

Paul Hornung returned to the lineup with a bang, kicking three field goals and rushing for 77 yards as the Packers defeated the defending champion Bears 25-12 in Green Bay.

Hornung sat out the 1963 season after being suspended for gambling. The Packers missed their Hall of Fame halfback, finishing 11-2-1 with both loses coming to the Bears. Having Hornung back and upsetting their arch-rivals got 1964 off to a strong start for the Pack.

Bart Starr threw for two touchdowns, one to Max McGee and one to Tom Moore, while Jim Taylor led a balanced rushing attack with 79 yards on 16 carries.

Aaron Rodgers led the Packers to a victory over the Vikings in his first NFL start. Rodgers threw for 178 yards and a touchdown and ran for another score that put the Pack ahead 24-12 in the fourth quarter.

Will Blackmon made a big play late in the third quarter when he returned a punt 76-yards for a touchdown to give Green Bay a 17-6 lead.

Atari Bigby clinched the win when he picked off Vikings QB Tavaris Jackson in the final minute.

Ryan Longwell kicked a 34-yard field goal with just over five minutes left in overtime as the Packers edged the Falcons 37-34 at Lambeau Field.

Brett Favre outdueled Michael Vick, throwing for 284 yards and a pair of touchdowns while Ahman Green dashed for 155 yards on 27 carries to pace the Green Bay rushing attack.

The Packers overcame an early 14-3 deficit in a wide open see-saw contest. William Henderson’s one-yard touchdown run with 1:10 left in regulation put the Pack ahead 34-31, but Vick led the Falcons downfield and Jay Feely’s 52-yard field goal with five seconds left tied the game and sent it to overtime.

Lynn Dickey threw for 333 yards and five touchdown passes as the Packers beat the Houston Oilers 41-38 in overtime at the Astrodome.

Dickey almost didn’t play because of recurring migraines which bothered him during the week before the game. But he did play and had one of the best games of his career throwing touchdown passes to James Lofton, John Jefferson (two), Paul Coffman and Gerry Ellis.

Dickey couldn’t finish the game, however, as the pain became too great. Backup David Whitehurst came on in overtime and went 3-for-3 to get the Pack into field goal range. Jan Stenerud booted a 42-yard kick 5:55 into the extra session for the win.

The game was a microcosm of the 1983 Packers season. The team had one of the most explosive offenses in franchise history, but due to injuries, the defense gave up points just as quickly as the offense could score them. The Pack finished the season with an 8-8 mark in Bart Starr’s final campaign as head coach.

Favre threw for 333 yards and four touchdowns including two in the fourth quarter to overcome a 24-14 deficit. He also threw three interceptions during the game.

Antonio Freeman paced the Packers with seven catches for 111 yards and a touchdown while Dorsey Levens totaled 146 yards for scrimmage for the game.

The 1980 season opener was an unremarkable game for the first 60 minutes. Neither the Packers nor the Bears were able to generate much offense. Bob Thomas of Chicago and Green Bay’s Chester Marcol traded field goals and after four quarters, the game was all even at 6-6.

The Packers finally put together a steady drive in overtime. The key play was a 32-yard pass from quarterback Lynn Dickey to James Lofton. The drive stalled and the Pack brought in Marcol to try a 35-yard kick to win the game. The kick was blocked by future Hall of Famer Alan Page, but it bounced right back to Marcol who ran down the left sidelines and into the end zone for the only touchdown of his nine-year NFL career. The entire stadium was in stunned disbelief.

The unlikely hero was sadly near the end of the line in Green Bay. Marcol later admitted he was high on cocaine during the second half of this game. The Packers let him go about a month later.

The halftime scoreboard looked bleak to most of the 53,694 fans gathered at Milwaukee County Stadium. The Los Angeles Rams, led by the newly acquired Bert Jones, led the home team 23-0. The Packers were sloppy, turning the ball over five times in the first two quarters.

In the second half, the Pack rallied behind three touchdown tosses by Lynn Dickey and a pair of touchdown runs by Eddie Lee Ivery. John Jefferson caught 6 passes for 116 yards while tight end Paul Coffman had a pair of touchdown grabs. Ivery finished with 109 yards rushing including a 27-yard TD run that clinched the win with 3:06 left in the game.

Linebackers George Cumby and John Anderson each had interceptions late in the game to prevent a Rams comeback.

The 23-point comeback remains tied for the biggest deficit overcome in Packers history. Green Bay matched it in 2013 during a 37-36 win in Dallas.

It was a crazy, exciting and high-scoring game that featured 76 points, 876 total yards, 54 first downs and five touchdowns of 29 yards or more and yet it all came down to one final play by the defense.

With the Packers clinging to an eight-point lead, the Saints drove down the field to the Green Bay 9 with three seconds left. A Drew Brees pass intended for Darren Sproles fell incomplete, but A.J. Hawk was called for interference and the Saints were awarded an untimed down from the one-yard line. On that play, Clay Matthews and Morgan Burnett combined to stuff Mark Ingram and the Packers held on for the win.

Aaron Rodgers finished the game 27-for-35 for 312 yards and three touchdowns. Randall Cobb caught one touchdown pass and returned a kick 108-yards for another score to tie an NFL record.

The Packers never trailed in this game which kicked off their title defense and was the first of 15 wins for the team in the regular season.

Nobody knew what to expect when new head coach Vince Lombardi made his debut with the Packers. The Pack was fresh off a dismal 1-10-1 season and taking on their arch rivals who were 8-4 a year ago.

The Bears led 6-0 early in the fourth quarter before the Packers rallied. Center Jim Ringo recovered a fumbled punt return at the Chicago 27. Five plays later, fullback Jim Taylor ran the ball in for the game’s only touchdown. Paul Hornung booted the extra point and the Packers led 7-6. The Packers finished the scoring when Dave “Hawg” Hanner tackled Chicago’s Ed Brown in the end zone for a safety.

Taylor led the Green Bay attack with 98 yards on 22 carries. Starting quarterback Lamar McHan completed only three of 12 passes for 81 yards while Hornung completed one more pass on a halfback option.

The Packers players were so excited with the victory that they carried Lombardi off the field on their shoulders on their way to the locker room. The team still had a long way to go, but they had already matched their win total from the previous season on opening day.

In two more years, Lombardi would lead the Packers to the first of five championships. Nobody knew it at the time, but this game was the birth of a dynasty.