Your Morning Dump... Where Anthony Davis has people all worked up 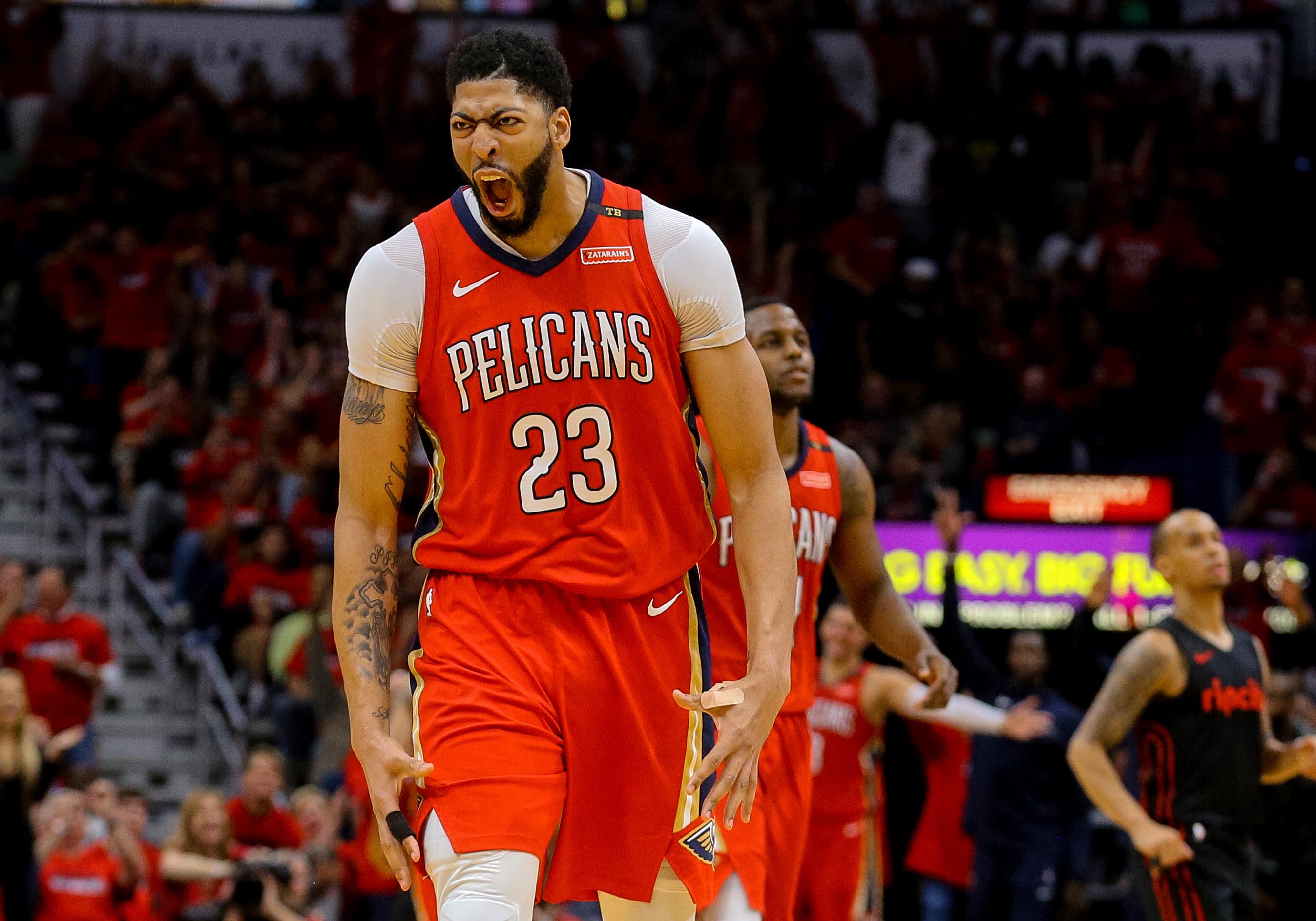 Your Morning Dump... Where Anthony Davis has people all worked up

To officially change agents, players are required to file paperwork with the players’ union and then wait 15 days. Rich Paul of Klutch Sports, who represents LeBron James, among others, is a leading contender to represent Davis, sources said.

On the surface, this is a business decision for Anthony Davis. For whatever reason, he felt he wasn’t getting the best representation out of his former agent. And, for whatever reason, he appears to be heading to Klutch Sports, which everyone knows belongs to LeBron’s friend and agent. This is where people raise their eyebrows.

Of course, it’s not just LeBron’s agent. Rich Paul was selling jerseys out of the trunk of his car when he met LeBron in Akron. Paul was eventually groomed to become an agent, and now he’s slowly becoming a very influential one.

Now, one of the best players in the world and the subject of perpetual rumors is going to be closely connected to LeBron James. It’s not a tremendous stretch to see Davis suddenly get frustrated by his situation and say “I want out.” The whole NBA world has been watching to see if he’d say that anyway. Now throw this wrinkle into the mix and you’ve got squints and side-eyes all over the place as people wait to see if he puts the Lakers on a “trade me here” list of teams.

This presupposes a lot, though. It would require LeBron to be pulling the strings, Davis to be easily influenced, and the Pelicans to accept whatever deal LA throws at them. All of this could happen. Also, none of it might be happening.

The connection Davis might be looking for here is a pipeline to LeBron-level endorsement deals. Davis might be the third or fourth best player in the NBA, but he’s not making anything near the endorsement money the other guys are.

According to Forbes, LeBron James will make $52 million in endorsement deals this year. Kevin Durant will make $32 million. James Harden will get $18 million, Hell, Kyrie Irving is up to $17 million while Anthony Davis is at $11 million.

Sure, $11 million extra is great, but he’s Anthony F’ing Davis. Paul could use this connections to pitch bigger commercial campaigns for Davis. He could pitch a joint Nike commercial just to push Davis more into the spotlight. Whatever it is, if he can get LeBron on board with helping Davis on that front, then the agent change is worth it.

The Pelicans are not going to be bullied into moving Davis to any one team in particular. Even if things fall apart this year and he pushes for a trade, he’s still under contract for this year and next before he can opt out. He can pull the “I won’t re-sign with you” card, but that only goes so far. If Boston pulls off a trade and they win a title with Davis, it’d be hard for him to say “ok, that was great I’ll see you later.”

Boston probably has the best combination of players and picks to make a monster deal for Davis this season. They can throw all of their picks at New Orleans plus a combination of something like Marcus Smart, Jaylen Brown, & others to match salaries. The Pelicans would be hitting the reset button, but they’d be getting quality young players and some potentially very high draft picks right away. Other teams also have quality offers for the Pelicans, but Boston has positioned itself well to make a move or stand pat and be fine either way.

It’s hard to know what this move means, but it’s sure as hell triggering a ton of speculation. We’ll just have to watch and see how it plays out.

Page 2: Robert Williams is seeing what Boston is all about

“That’s the thing I picked up most about Boston. It’s more of a family area than anything else. I feel like the love and support from everyone has helped me be on the right track, help me want to prove why I am what you think I am.”

“Why you are holding me on such a high pedestal or high level because at this level you are and you have to live up to it.”

Being part of a community effort and helping Celtics legend Cedric Maxwell at youth clinics has opened the 20-year-old Williams’s eyes.

“I told one kid, why you smiling so much, you about to make me smile,” Williams said. “He was like, ‘You Robert Williams.’ It’s just a blessing. It’s like where we came from [Vivian, La.], you don’t see the communities getting together like this, you don’t see courts being built in backyards. Just seeing this was a great atmosphere, it was already a blessing seeing the crowd when I pulled up [last Wednesday].”

Hardly a player rolls through Boston without realizing the city and Celtics community is special. He’s going to walk into the Garden, see those banners, feel that energy, hear the crowd… and get swept away.

There are great fans everywhere in the NBA (well, almost), but there is definitely something different about Boston. I think Williams will get some inspiration from seeing what a game is like in Boston. I think he’ll learn how much fans love a hard-working player and it might help him do some of the things he says he wants to do.

I’ve said it before… if he can’t figure it out in this situation, then he never will. He’s talking a good game right now and he’ll walk into a locker room with some strong veteran leadership. He’s part of a high-quality organization. People have said all he needs is some structure, and Boston has a lot of it.

What’s the strongest case you try to make with other teams when convincing them that the switch would make sense for the league?

Ainge: As I’ve tweeted, the NBA decision-making process goes in reverse of the calendar. The franchise-changing free agents dictate what you do as a franchise, whether you’re in rebuild mode or win now mode. The draft is the biggest trade market of the year and it would be nice to know for most teams to know the direction of your franchise before having to make all these trades that are available on draft night.

Then, you combine that with the fact that the draft happens when the new cap year hasn’t flipped over. You have 30-40 percent of your money dead. You can’t sign players with it, you can’t trade for players with it, nor can you trade the players under last year’s contracts. They are all sitting there dead. No matter what kind of moves you want to make, it really makes it hard to make the moves.

Head on over to BSJ for the whole interview.

Ainge makes sense here. I’m not sure exactly where I fall on this yet, but I get it from the team-building perspective.

The one down-side for the league would be that this move shrinks the calendar a bit. The NBA is really trying to become a year-round sport. They might not want to have free agency… which draws A LOT of interest… basically over with before July begins.

They have some nice pacing going between the end of the Finals, the draft, free agency, and summer league. The league really stretches things through most of July before things really quiet down. With camps opening earlier, there’s only the lull between late-July to late-September to fill. (Side note: The WNBA is slowly gaining in enough popularity that it can be the basketball fix fans are looking for in that stretch).

From a purely business perspective, I don’t think the NBA would want that flow to go away.