Justin Verlander cries, gets emotional during ovation in return to Detroit (Video) 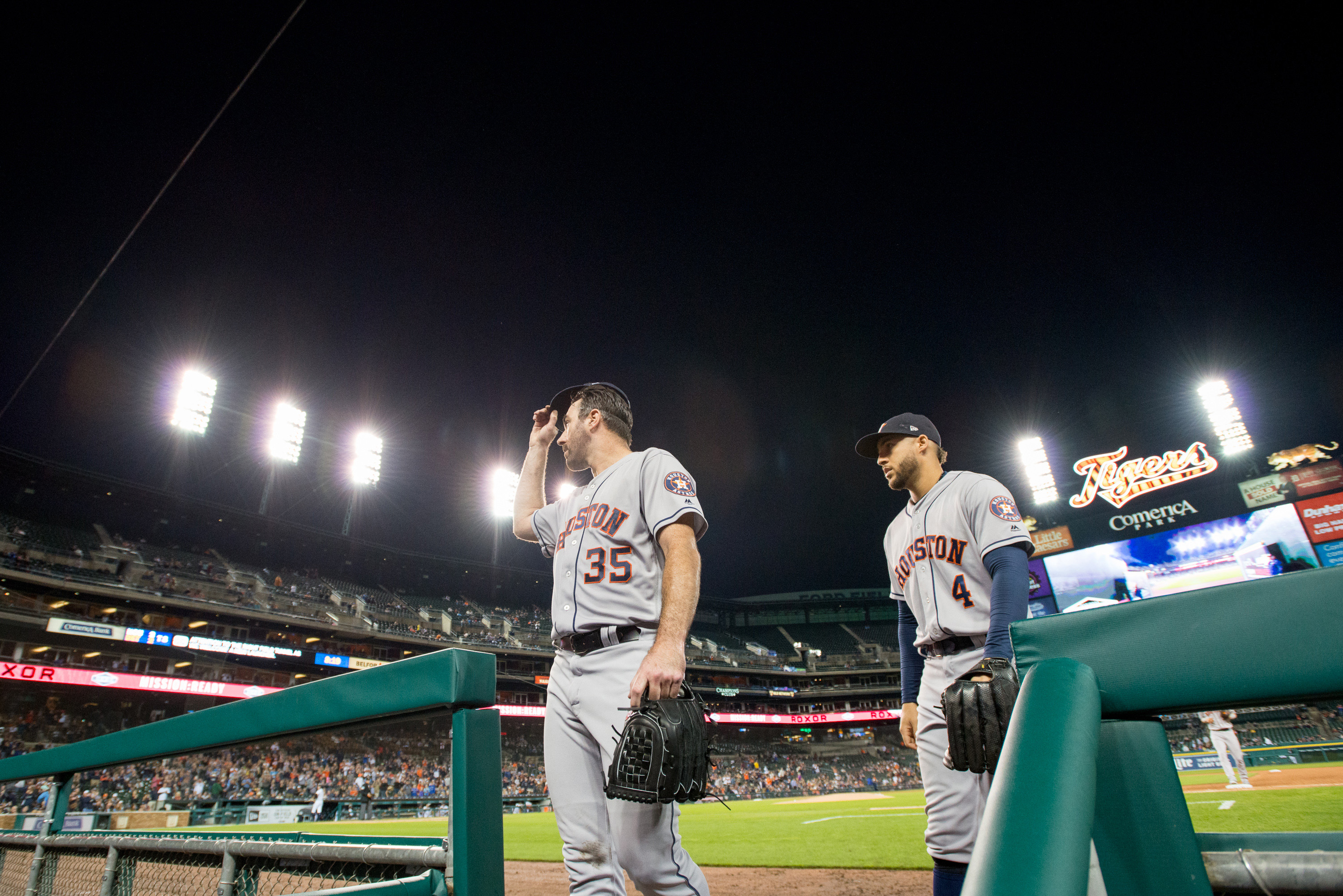 Justin Verlander cries, gets emotional during ovation in return to Detroit (Video)

Former Tigers ace Justin Verlander made his triumphant return to Comerica Park for the first time since being traded last summer.

Verlander spent the entirety of his career up to that point with the Tigers, from 2005-17. He was one of the first starting pitchers to throw 100 mph on a routine basis. And while he may no longer have that velocity, he can still blow his fastball by guys, and he also has a nasty curveball that produces plenty of swings and misses.

Tigers fans showed plenty of love for JV in his return, giving him an ovation before the game. Verlander was clearly taken aback by it, shedding a few tears and thanking them for their support.

A great moment for one of the game’s great pitchers, with an equally great personality.