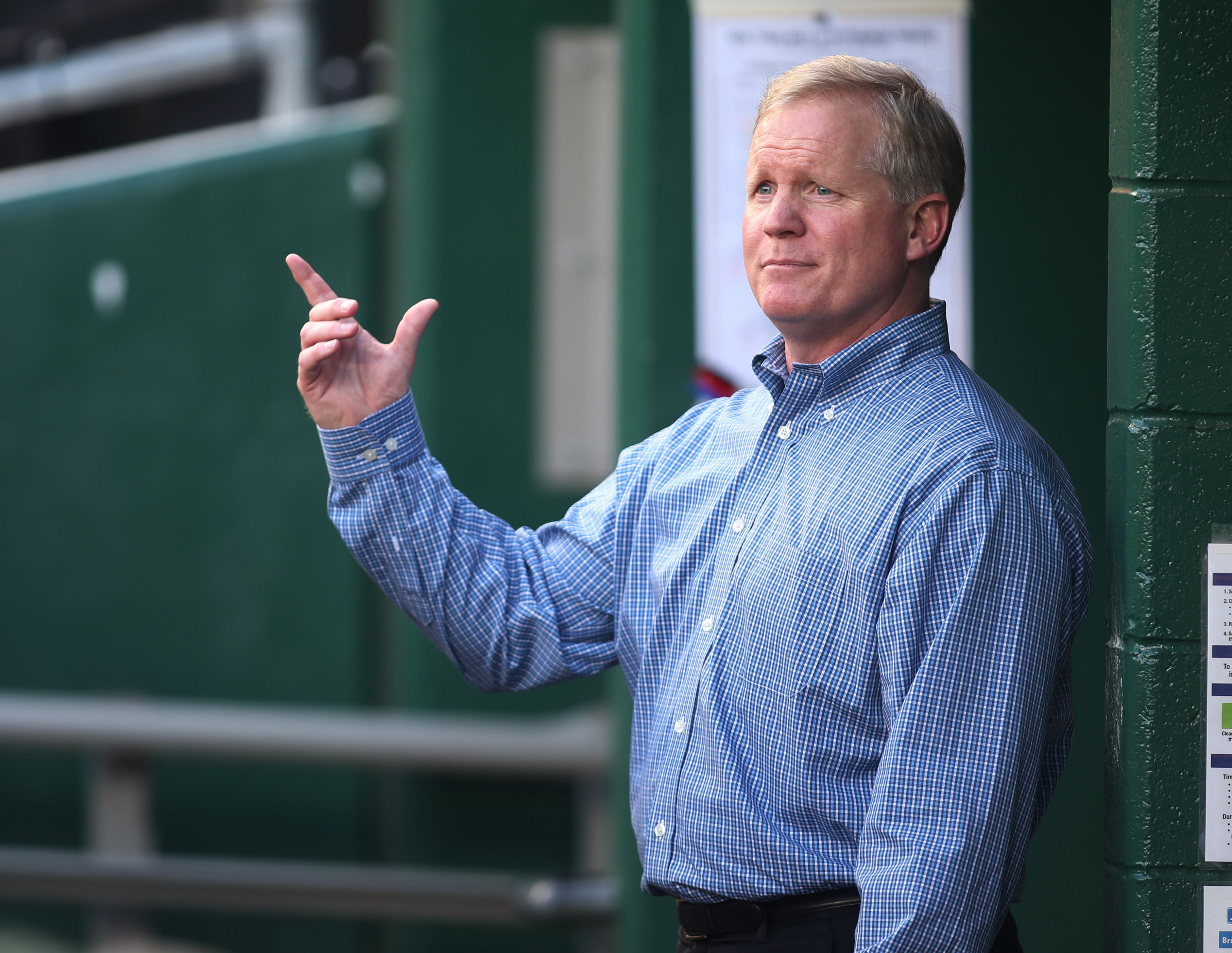 The Pittsburgh Pirates farm system is neither good nor bad, but rather they’re relatively average.  Here’s a quick glance at where they roughly rank and some of the players they have within the system.

Mark Shapiro had some interesting comments regarding the future of the Toronto Blue Jays organization over the weekend.  While most of the focus went on Vlad Guerrero Jr., Shapiro also mentioned something of an internal model projecting their farm system:

Mark Shapiro said that, based on the #BlueJays internal analytic model that forecasts future WAR, the Jays have the No. 4 farm system in Major League Baseball.

He later went on to mention different sites, including Fangraphs, but Fangraphs doesn’t rank farm systems 1-30, they only rank players.  In fact, they have 1001 players listed in their prospect section, something that they call The Board.

But Shapiro’s comments got me thinking about one of his former protégés farm systems.  While the Pirates don’t have players with the upsides of a Juan Soto or Ronald Acuña type, they’re also not swimming at the bottom with prospects who don’t have much impact ability at all such as the Seattle Mariners.

Fangraphs prospect list becomes intriguing to look at a team’s prospects because of the volume and depth in which they cover.  MLB Pipeline has a top 30 for each team, but that’s 101 less prospects than what Fangraphs has to offer, and one organization might have 35 prospects that could be in another’s top 30.

By the volume and the unbalance of the rankings and Fangraphs not ranking systems, The Board becomes useful.  Having all the Future Value (FV) grades of players on hand and then being able to match to what that looks like in WAR in the future, it can help get a sense to where an organization is at compared to other prospects.

Using that method, and making any player with a + (denoting they’re a bit better than a raw 40, and most of these come in the forms of a 35+, 40+, or 45+ player) downgraded to without the plus, here are the organization rankings:

I used WAR per 6 as the calculation given the years a player is under club control.  By this method, the Pirates rank 18th with a WAR per 6 of 198 (or 33 a year).  Players have different time frames, and most certainly wouldn’t occur all in a year, and there are risks involved in each prospect.  The Padres likely won’t see 408 WAR over a six-year period from their 51 players, some will bust and some will outperform, but it’s an estimate.

If you take WAR per 6 and divide by the count of players, the Pirates are seventh at 7.33 WAR per 6 years (or an average of 1.2 WAR from their prospects in one year).  While that makes it seem the Pirates would have a better farm system – more WAR over a six-year period with fewer players – there would be more risk involved.

The Padres, who have 51 players ranked, have more leeway if a prospect doesn’t pan out than the Pirates do with only 27 players ranked.  And in terms of the prospects ranked in the Pirates organization, this is the breakdown according to the board:

Mitch Keller and Ke’Bryan Hayes are the only two prospects who are projecting as an above average starter, Keller looking like a number two or three.  That’s followed by Oneil Cruz, Cole Tucker, and Travis Swaggerty projecting to be average regulars at the big league level.

One of the biggest things to notice here is that Kevin Newman projects at a 1.5 WAR player (45 FV), and that’s what Jordy Mercer has done with the Pirates (Mercer has averaged 1.3 WAR since 2013).  Will Craig projects as a win per season player (40 FV), though he has finally shown some power this year for the first time.

The Pirates pitching looks set, with Keller ready to join the team next season.  It’s the infield that lacks in terms of talent right now, and that’s where they are low in depth in the minors as well:

The club projects for 81 WAR from eight infield prospects, but that includes Oneil Cruz who will likely have to move off the infield due to his size at some point.  Removing Cruz leaves 69 WAR per six years for seven players, or 9.85 WAR per six for each player.  But that’s just a 1.6 WAR per season player, a below average regular.

The current Pirates infield has been bad and the depth behind it doesn’t look promising, especially for a team who could compete next year.  The Pirates will need Adam Frazier to keep hitting to make up for his defense and for one of Josh Bell or Colin Moran to really step up as both are currently slugging below the league average rate of .418.

But as a system as whole, the Pirates appear to be average with no standout stars.  They don’t necessarily need a Soto or Acuña player, but they need more than average to compete with the Cardinals and Cubs, and they need to start hitting on their first round picks.