Despite loss to Jaguars, New York Giants have plenty to be excited about 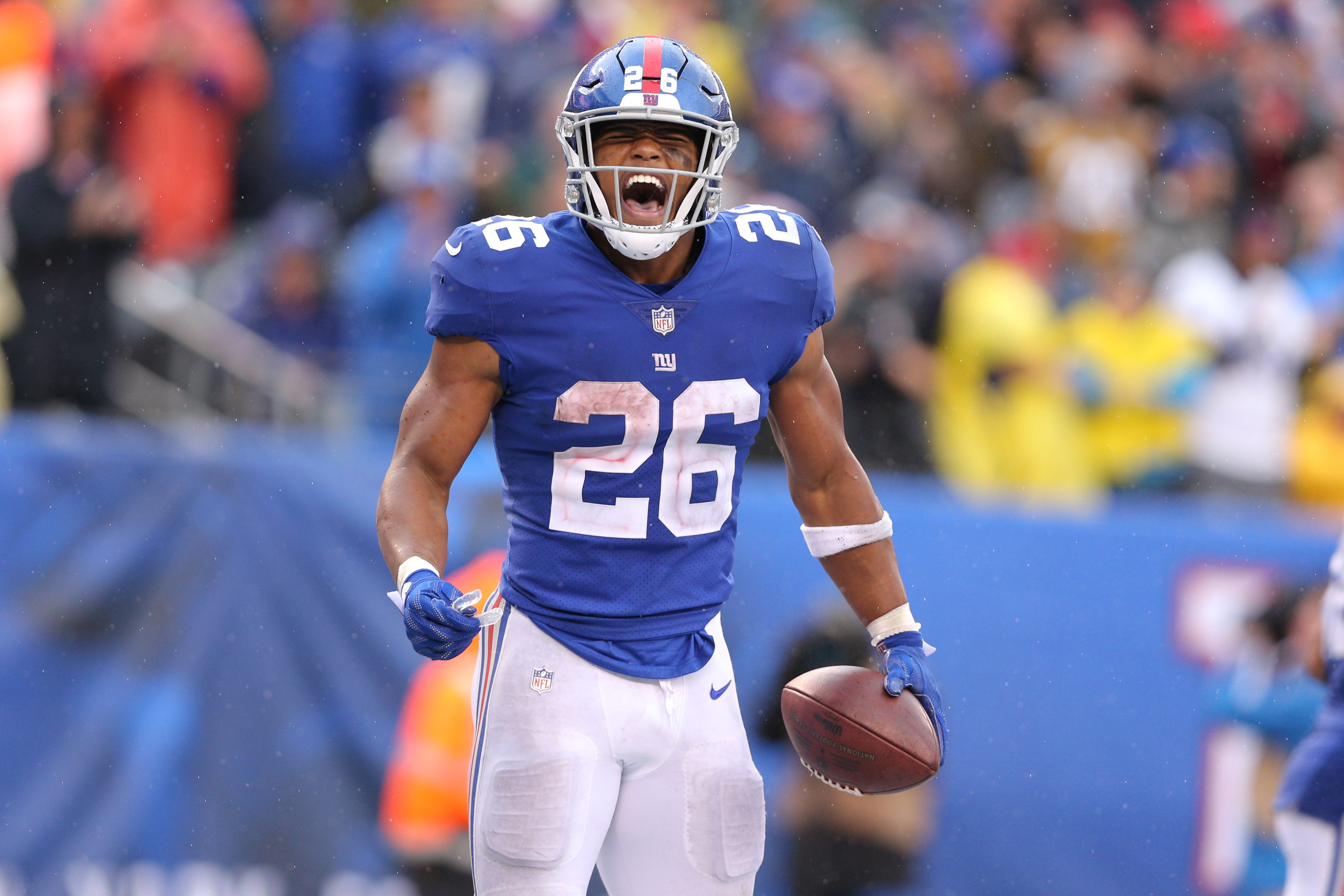 Despite loss to Jaguars, New York Giants have plenty to be excited about

The New York Giants were defeated by the Jacksonville Jaguars in the season opener, but there is still a bright line shining over MetLife Stadium.

Now many would argue that light belongs to the New York Jets just as much as it does the team they share a stadium with, but the Giants are sharing in that light despite a tough loss.

The Giants had plenty to make up for following a horrible 2017 season in which they went 3-13 and though they lost at home, the Jaguars are one of the top teams in the AFC and were expected to win the game.

But the Giants showed they have an offensive punch to make noise for many years to come. Take a look at this:

WELCOME TO THE NFL, @SAQUON! 🔥

1st TD of his career!

That’s 68 yards to the house. Barkley took the handoff and evaded several defenders before getting the sideline and outrunning everyone for the score.

Barkley was quiet for much of the day outside of that run, but finished with 106 yards on the day. But the Giants have a guy who can do something in the passing game as well.

We’ve always known Odell Beckham was a stud, but it was nice to see him go out and show it again on Sunday, particularly after missing most all of last season with an injury.

Beckham caught 11 passes for 111 yards on the day and ran quick, clean routes, getting separation and showing that his great hands are still there.

The Giants needed this. No, they didn’t need the loss, but they needed to be able to show they can hang with one of the league’s better teams. They did that and the biggest takeaway was that if the offensive line can hold up, the offense could be dynamic.

The most encouraging part of the performance from the two big playmakers was the fact that it came against the Jaguars, perhaps the league’s stingiest defense. It features tough defenders at nearly every position.

The Giants are 0-1. But because of the combination of Beckham and Barkley, there will be brighter days in the Meadowlands very soon.