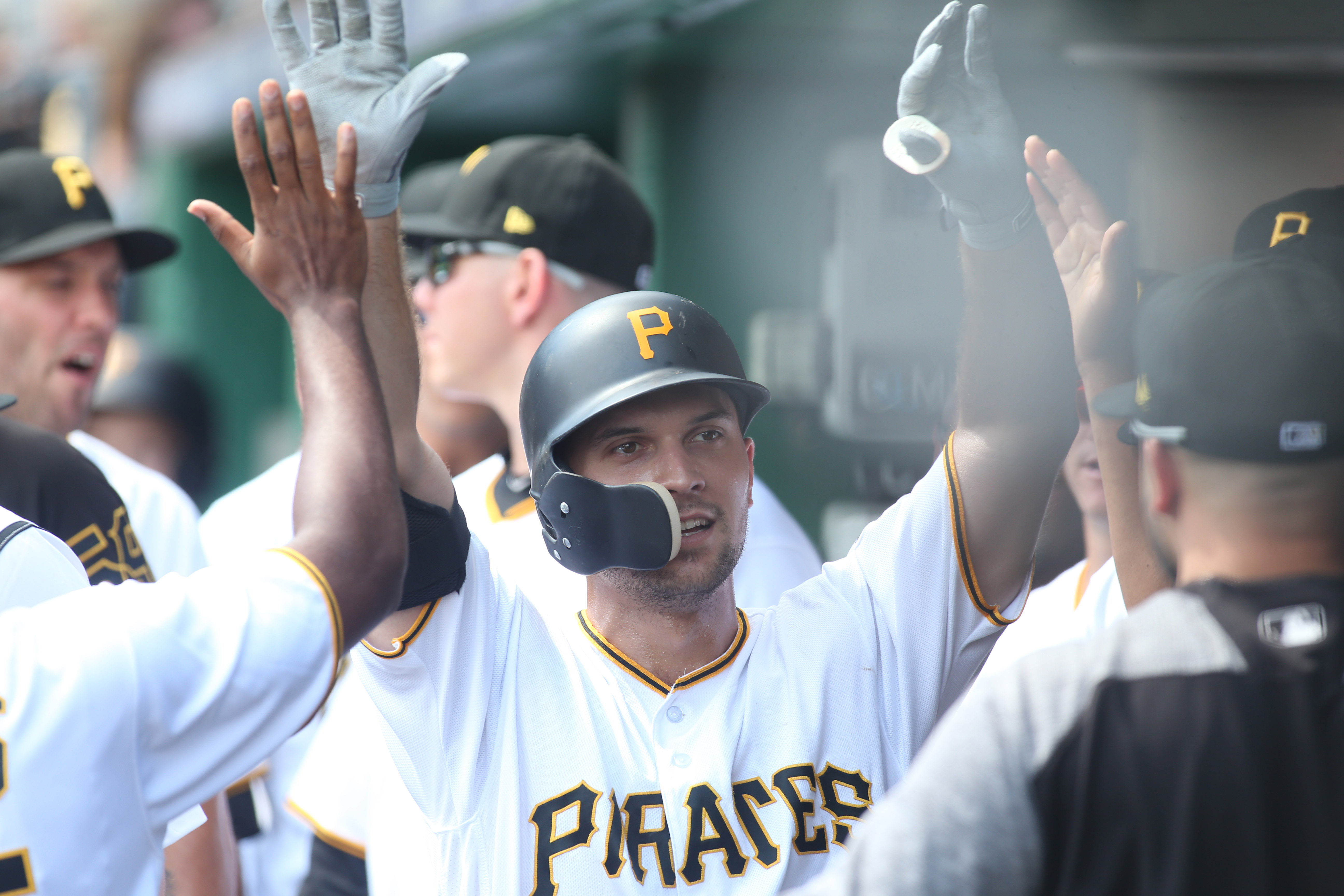 There shouldn’t be any questions about Josh Harrison’s future as a Pittsburgh Pirate; it’s all but over. We know there are several internal options available to take over at second base, and all three of them are on the big-league club right now.

Once the Pirates’ season took a downward turn from a playoffs perspective, fan’s began calling for the promotion of Kevin Newman and Kevin Kramer, and rightfully so, as they weren’t getting any better in Triple-A. Now it’s September and they are both in the majors. Newman has yet to prove his first-round price tag and Kramer has only been with the club for a few days and hasn’t gotten many chances.

But the one guy who has been tearing the cover off of the baseball is Adam Frazier. After disappointing through the month of June, Frazier was sent down to Indianapolis to work on his approach at the plate.

He was there for about a month and he focused on dropping his hands in his batting stance. The results have been beyond impressive.

It’s hard to compare his internal competition because their sample size is miniscule. Newman has appeared in just 16 games and has a slash line of .128/.209/.154. He’s only driven in one run and has struck out 13 times in 39 at bats. Kramer has just five at bats, but has two hits and an RBI.

With just 19 games remaining in the 2018 season, Frazier has done laid all his cards on the table to be an everyday starter in 2019..

Or the team could once again answer the cries of the fan base and run with Newman or Kramer. While I expect Newman to be the everyday shortstop starting next season, I really don’t think there is a bad offensive option here and it is a good problem to have.

Defensively is a different issue. Newman is the best defender out of the group already named, but he’s still not great. Frazier is solid but similarly to Harrison when he became the starting second baseman after serving a utility role, it took him some time to get fully comfortable there.

Frazier has four errors in 147 chances at second base this season. Last season, he had eight errors in 162 chances, so he has improved on that front. Defense is more than just about how few errors a player makes, but it’s clear that Frazier has made it a priority to fix up his defense at second.

Coming up on finishing his third year in the majors, the 26-year-old is well on pace to finish the season on the hottest streak of his career. If he can carry that momentum into the offseason and through spring training, I believe the Pirates have themselves a major league second baseman.