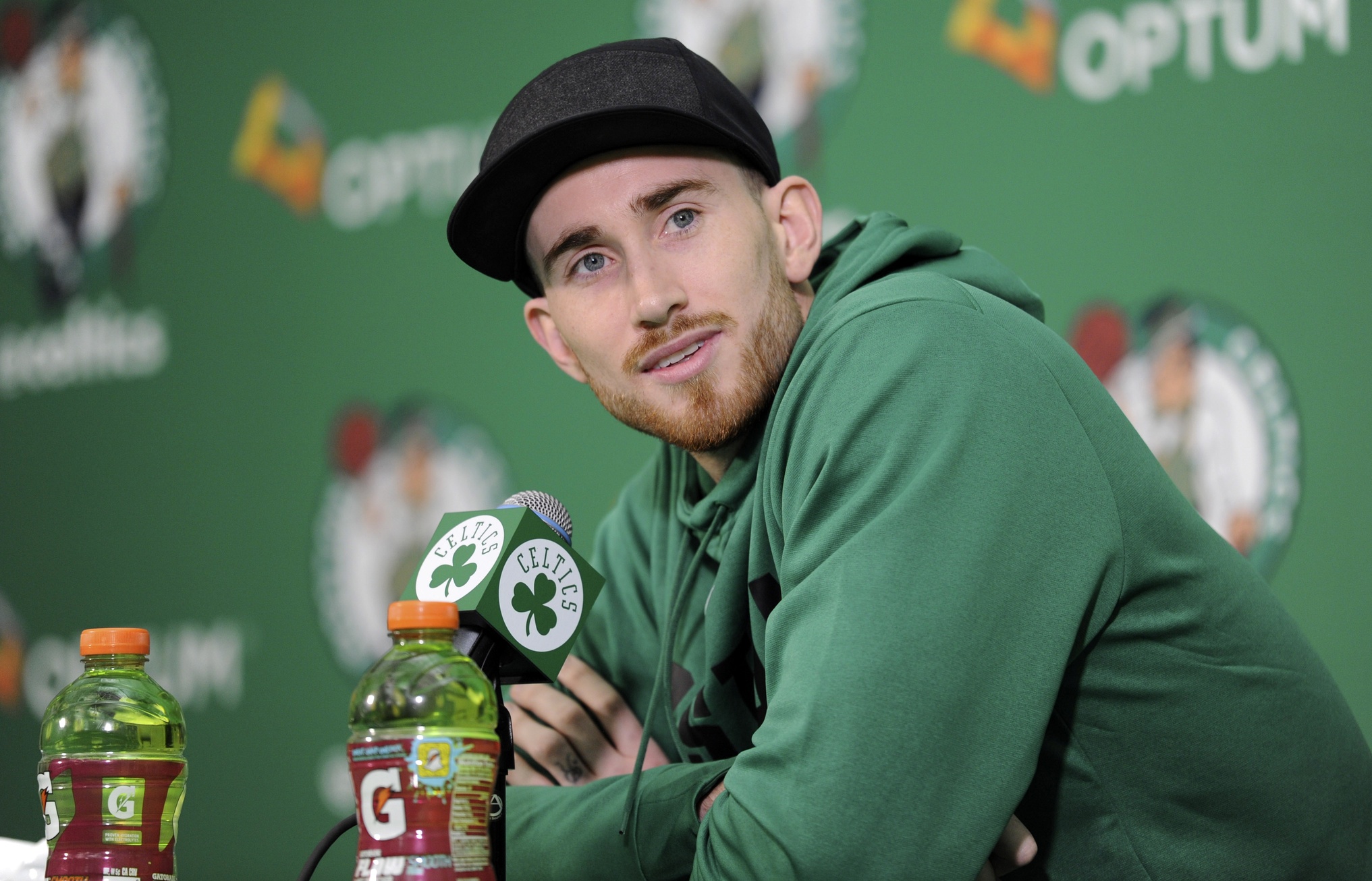 “There’s certain things that I think are going to take time even if I was 100 percent healthy,” Hayward said. “I’m not 100 percent as far as basketball-wise, just because I haven’t played in a year. I’m trying to figure those things out. The last step for me as far as from a physical standpoint is a little explosion, that little last juice, bounce that you get. So that’s going to take me the longest time, but like I said, for the most part I feel very good.”

The Celtics made Gordon Hayward available today to basically tell everyone he’s back, baby!

Of course there are certain things that you can’t replicate in workouts or practices that he’s still going to have to work on. You can practice at “game speed” but it’s not really that until you’re in a game. There is just something different about an opposing defender in your face versus a teammate.

So he’ll have to get some preseason games in and get used to the soreness, but it’s good to have him ready.