A Look at Aaron Rodgers' Best Performances Vs Vikings 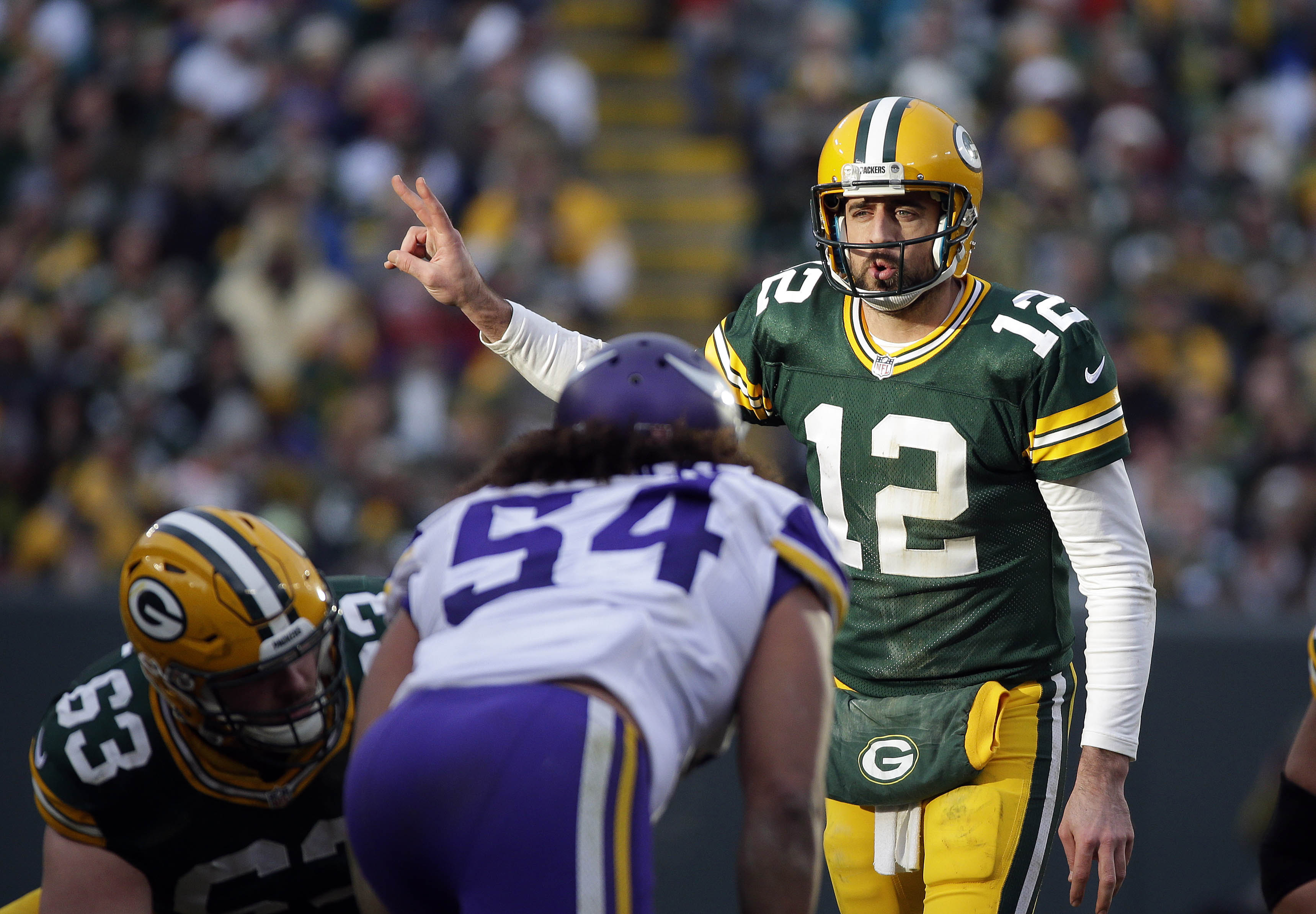 A Look at Aaron Rodgers' Best Performances Vs Vikings

Aaron Rodgers will be a game time decision on Sunday. The Packers franchise quarterback practiced Saturday, which gives the team reasons for optimism, but how he feels on Sunday morning will determine whether he will play against the Vikings at Lambeau Field in Week 2.

Although Rodgers was injured last season against Minnesota, he has had several excellent performances against the Vikings over the course of his career. Here is a look back at Rodgers’ best games against the NFL’s Norsemen.

Aaron Rodgers emerged a winner in his first career NFL start, beating the Vikings 24-19 at Lambeau Field. Rodgers threw for one touchdown (to backup fullback Korey Hall) and ran for another one with 6:03 left that put the Pack ahead 24-12. Will Blackmon scored the third Packers touchdown on a 76-yard punt return in the third quarter.

Rodgers finished the game 18-of-22 for 178 yards and a touchdown. He added 35 yards on eight rushing attempts.

Rodgers was off to a good start, beating a division rival in his first game since taking over for Brett Favre as Green Bay’s starting quarterback.

The combination of Aaron Rodgers and Greg Jennings was too much for the Vikings. Rodgers threw four touchdown passes on the game, three of them to Jennings as the Pack cruised to a 31-3 win at the Metrodome. The win gave the Packers a season sweep over the Vikings, led by ex-Packers QB Brett Favre and put the Pack in a tie with the Bears for the NFC North lead.

Rodgers finished the game 22-of-31 for 301 yards. Jennings caught seven passes for 152 yards and scores of 11, 46 and 22 yards. James Jones caught Rodgers’ other touchdown pass.

Sweeping Favre and the Vikings was a boost for Rodgers and the Packers. They would go on to win it all that season, the fourth Super Bowl win and the 13th NFL title in the franchise’s history.

Aaron Rodgers had a masterful game going 24-of-30 for 335 yards and three touchdowns as the Packers improved their record to 7-0 on the season.

Rodgers completed his first 13 passes of the game and tossed touchdowns to John Kuhn, Greg Jennings and Jermichael Finley.

Mason Crosby booted four field goals in the game including a franchise-record 58 yarder on the final play of the third quarter. Charles Woodson had two interceptions to lead the Packers defense.

The Vikings led 17-10 at the half and made a game of it behind the running of Adrian Peterson who finished the game with 175 yards rushing.

The Packers had no trouble with the Vikings in the rematch, easily handling the visitors from Minnesota 45-7 to increase the team’s unbeaten streak to 15 games dating back to 2010. Rodgers completed 23-of-30 on the day for 250 yards and four touchdowns including a pair to Jordy Nelson. Greg Jennings and John Kuhn also caught touchdown passes. Rodgers completed passes to 10 different receivers in this Monday night blowout.

Rookie receiver Randall Cobb opened the scoring by returning a punt 80 yards for a score. Clay Matthews finished the game with a pair of sacks for the Packers.

Aaron Rodgers only had one regular receiver in the lineup, but still found a way to complete 24-of-29 for 285 yards and two touchdowns as the Packers beat the Vikings in Minnesota 44-31. Both scoring passes were to Jordy Nelson including a 76-yard bomb in the second quarter that put the Pack ahead to stay.

Nelson finished with seven catches for 123 yards while Jarrett Boykin and Myles White caught five passes each when pressed into the lineup. Rodgers was especially efficient on third down, finishing the day 10-of-10 for 172 yards to keep the offense on the field. The Packers controlled the clock, keeping the ball for 40:54 compared to just 19:06 for Minnesota.

Eddie Lacy finished with 94 yards rushing and a touchdown to pace the ground game.

Aaron Rodgers completed 28-of-38 passes for 347 yards and four touchdowns as the Packers defeated the Vikings 38-25 at Lambeau Field. Rodgers ran six yards for another score in a game the Pack never trailed in.

Jordy Nelson was Rodgers’ favorite receiver, hauling in nine passes for 154 yards and two scores. That gave the Rodgers-Nelson duo 58 touchdowns in their careers, passing Brett Favre and Antonio Freeman as the Packers all-time touchdown pass combination. Davante Adams and Richard Rodgers caught the other touchdown passes for Green Bay.

The win was the fifth straight for the Packers who would beat the Lions in Detroit the following week to run and table and capture the NFC North crown.