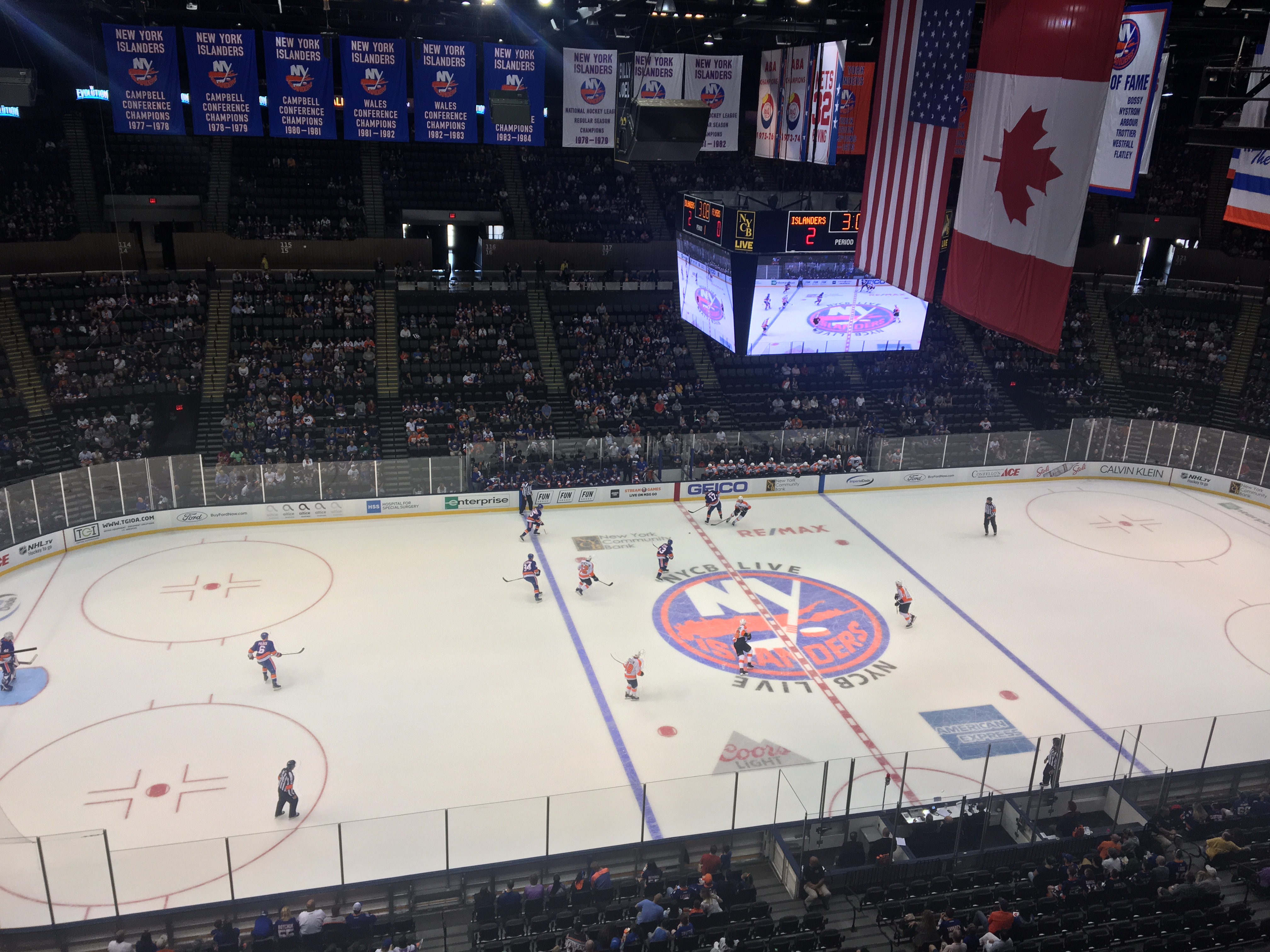 UNIONDALE, N.Y. — The Islanders opened the preseason with a 3-0 victory over the Philadelphia Flyers. Kieffer Bellows, Cal Clutterbuck and Sebastion Aho all scored for the Islanders in the win.

Starter Robin Lehner made eight saves, while Christopher Gibson made nine after he entered the game in the middle of the second period.

Bellows scored the opening goal at the 6:55 mark of the first period with the Islanders on a power play. The team’s second goal also came on a power play, with the goal scorer being Clutterbuck this time around.

Aho scored the Islanders third goal on a shot from the point.

1. Kieffer Bellows had been one of the more interesting prospects to watch heading into training camp and the young forward had a good afternoon. Bellows scored the Islanders opening goal off from the slot off a nice feed from Jordan Eberle while the Islanders were on the power play. He nearly had a second goal when Mathew Barzal left a drop pass for him and Bellows rang the puck off the post.

Bellows had plenty of opportunities to show the coaching staff what he had on the power play since head coach Barry Trotz had him on the first power play unit on Sunday afternoon. And his positioning in front of the net is something that came naturally to him since he played there in juniors.

“I’m comfortable with it and I like it,” Bellows said. “That’s where the goals are scored. You look at Anders Lee, he had 40 last year and I’d say most of his were down there. He’s elite at it.”

2. Speaking of the power play, the Islanders had a successful afternoon on the man-advantage. The team’s first two goals came with the special teams unit on the ice. Their penalty kill also held the Flyers off the scoreboard.

3. Part of that success had to do with the new structure the Islanders coaching staff is trying to install. The Islanders have had only two on-ice days before Sunday’s preseason tilt on Long Island, but there was some working on the team’s new system on Saturday.

Trotz said there were some things that he’d like to work on that he saw in the third period, but the new Isles coach said he was pretty happy with Sunday’s effort.

“I liked our commitment. I liked our willingness to go the distance on plays,” Trotz said. “It was a good start for us. We were hard to play against and we defended a lot better. Our penalty kill got it done… Do we have the ability to defend? I thought we defended pretty well. Do we have the ability to kill a penalty and we did that today, so that’s a good start for us.”

4. Part of the Islanders success on the defensive end meant that the Flyers shots on net were kept low. The Flyers had only had eight shots on net by the time that Robin Lehner was taken out at the midway point of the second period so Christopher Gibson could get some work.

“I think after two periods, even after three, they didn’t have many scoring chances,” Lehner said. “We have a lot left to learn, but I think it was a good start on how we want to play and how we should play.”

5. Sunday’s game in Uniondale is the last exhibition game the Islanders will play there before they return for their first regular season tilt in December. 8,041 fans were on hand, which was less than the sold-out crowd that showed up for a preseason game at Nassau Coliseum last year.

“This building is going to be home,” said Trotz, who made his first appearance at the Coliseum since 2015 when he was head coach of the Washington Capitals. “They’ve done a great job of fixing it up. I didn’t even recognize it. I’m lost in here. They did a really great job with it.”

6. The players that did not play in the game against the Flyers participated in a scrimmage at the Islanders practice facility in the morning. Andrew Ladd left the scrimmage out of an abundance of caution, but Trotz said he thinks he is fine and is scheduled to practice on Monday.

“Had a couple of tough days and I think just some tightness,” Trotz said about Ladd. “The trainers are very good and worked it out. I think he should be fine for tomorrow.”