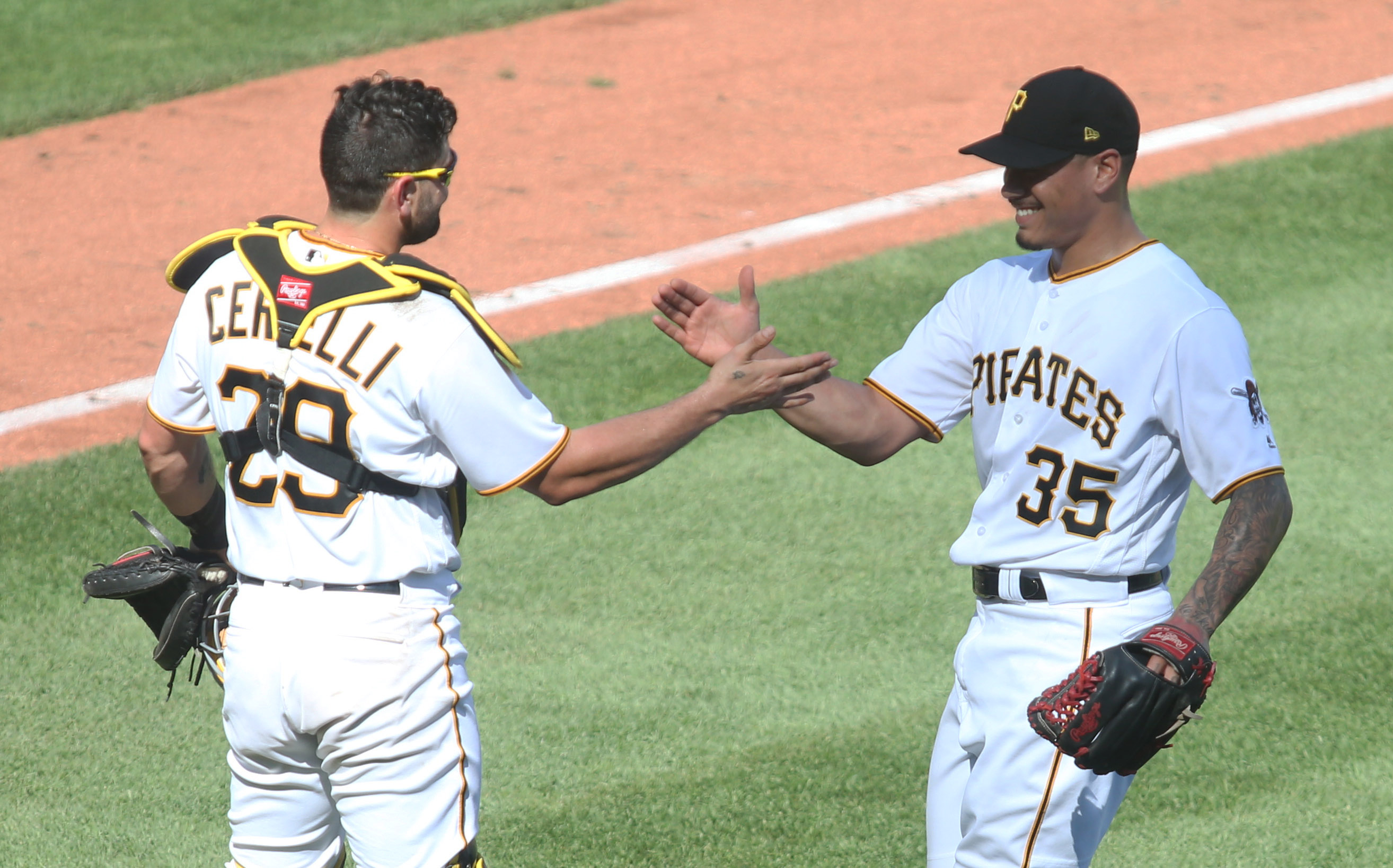 The Pittsburgh Pirates bolstered their bullpen this year at the trade deadline with a trade of Keone Kela.  They have since shut him down for the rest of the year.

The Pittsburgh Pirates entered the trade deadline this season with playoff odds of 9.6 percent according to Baseball Prospectus.  However, after rallying off 13 wins in 16 games and crawling to 3.5 back of the wild card, Neal Huntington had to reward the players in some way.

So, the Pirates General Manager went out and acquired one of the best relievers on the market in Keone Kela and also Chris Archer.  A month and a half later, the Pirates projected win total of 80.3 (entering Sunday) is two wins less than the 82.4 they had on July 3st.

Huntington’s moves weren’t enough to move the needle to get the Pirates into the playoffs, but it did set up for the future, with Kela under control for two more years and Archer for three.  The Pirates crossed things off the Christmas list in July, no problem with that.

So with the Pirates (essentially) eliminated from the playoffs and playing for next season, the club has shutdown the reliever, with Huntington citing:

“This was primarily based on his high-leverage workload this year compared to the previous two seasons. We look forward to having Keone as a one of our core relief pitchers for years to come.”

Because of the comment “based on his high-leverage workload this year compared to the previous two seasons,” these are Kela’s high leverage innings pitched in his MLB career along with percent change:

In previous installments, I looked at the workloads of Edgar Santana and Richard Rodriguez, two pitchers who haven’t been shutdown, and Santana is still on pace for 72 games pitched this season.

But it’s been Kela who was shutdown.  Here are both the raw totals and the percent changes for Kela going back to 2014 (first season where pitch count data was available).

*A note on 2014, the first seven outings had no pitch data, so for those took average pitches per batter in rest of outings* batters faced and rounded down or up at 0.5*

Shutting down Kela also allows room for other pitchers to get work in and compete for a spot next year, such as seeing what Nick Burdi has in his game.  For 2018, Kela is done, as he has increased his workload in high leverage situations and in general compared to the previous seasons.  He’ll make a big impact in the bullpen next year.