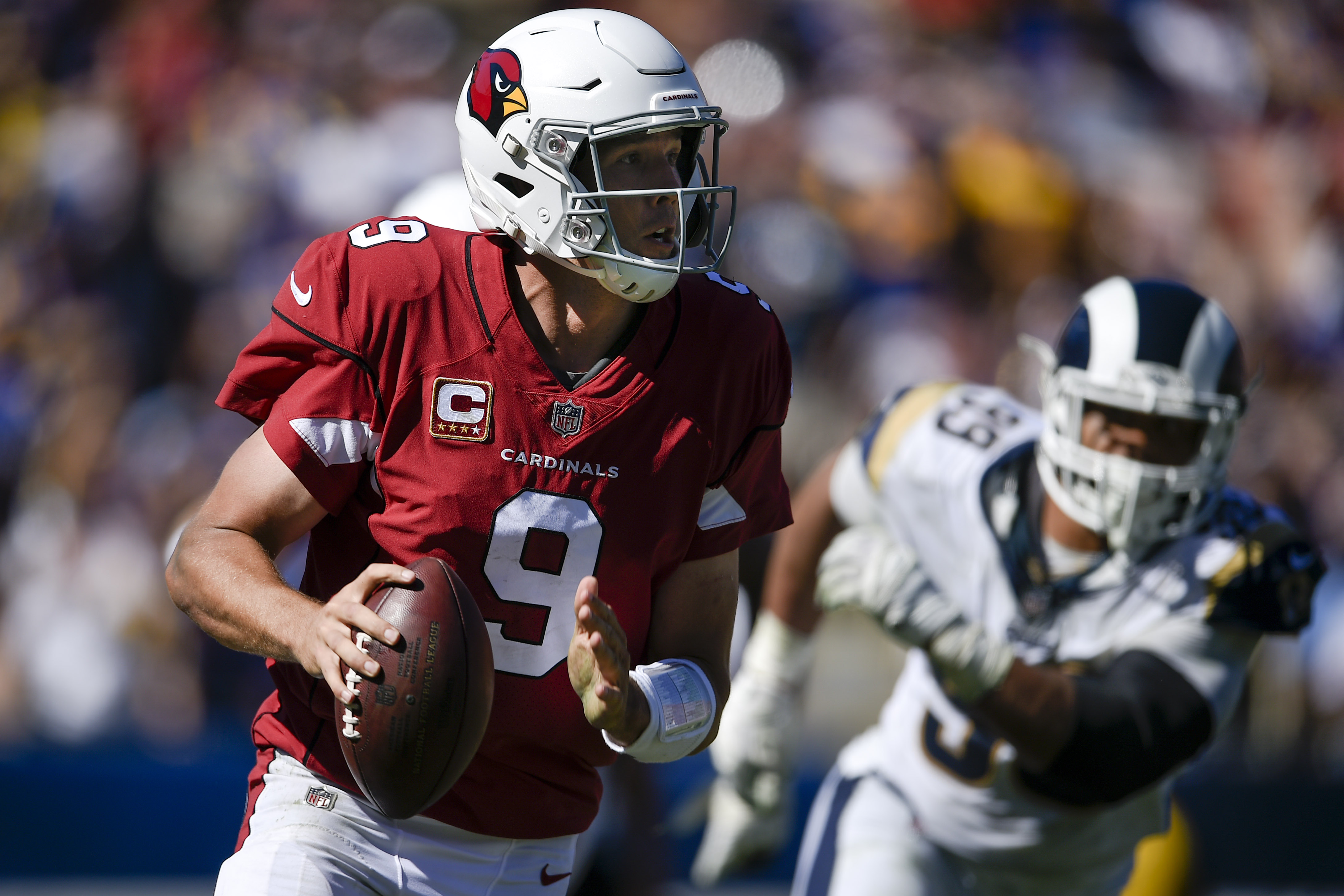 There comes the point in time where a seasoned veteran just can’t get the job done in the NFL anymore. Especially for a quarterback with little-to-no success, and a career-long list full of injuries. In this case, we are discussing the Arizona Cardinals’ band-aid quarterback, Sam Bradford.

It was laughable when the Cardinals signed Bradford to a one-year deal worth $20 million in the offseason. But there were still plenty of Bradford believers out there who pushed the agenda that if healthy, Bradford could be a top-tier quarterback.

Two games into the NFL season and the Cardinals are surely finding out why Bradford shouldn’t have been paid anywhere near twenty-million dollars. Through two games, the Cardinals are win-less and have only accounted for a total of six points. Ranking them dead-last in team scoring. In other words, what they are doing isn’t quite working.

When does it stop?

So, here’s a question that many Cardinals fans might be asking; When does the Sam Bradford experiment stop? The team drafted UCLA quarterback, Josh Rosen, back in April with the 10th overall pick. As many expected Rosen to put up more of a fight in the offseason, it never really seemed like the Cardinals considered giving him an opportunity to take over the offense this early on. Sometimes, a rookie quarterback just might need to sit back and observe for a year (see Patrick Mahomes).

Once a team falls to 0-2 with one of the best running back’s in the league, a new head coach, and a legendary wide receiver who wants to give it all he’s got while he’s still here, it’s time to figure out what the main cause of the issue is and fix it before it’s way too late. In this case, the solution to the problem is quite evident. Sam Bradford needs to be benched.

Were the Cardinals expected to be a powerhouse in 2018? Absolutely not. But why keep Rosen on the bench when the starting quarterback’s play has been atrocious? At this point, what Rosen is currently watching and learning from is one of the worst performances put on by a quarterback in the NFL thus far in 2018.

There’s still plenty of time for them to turn it around, but why wait until it’s already too late to become somewhat competitive? We all know that Bradford will be benched for Rosen at some point, so there’s no reason to wait it out. Be smart, Arizona. Turn the page from the washed-up veterans, and use your shiny new quarterback.