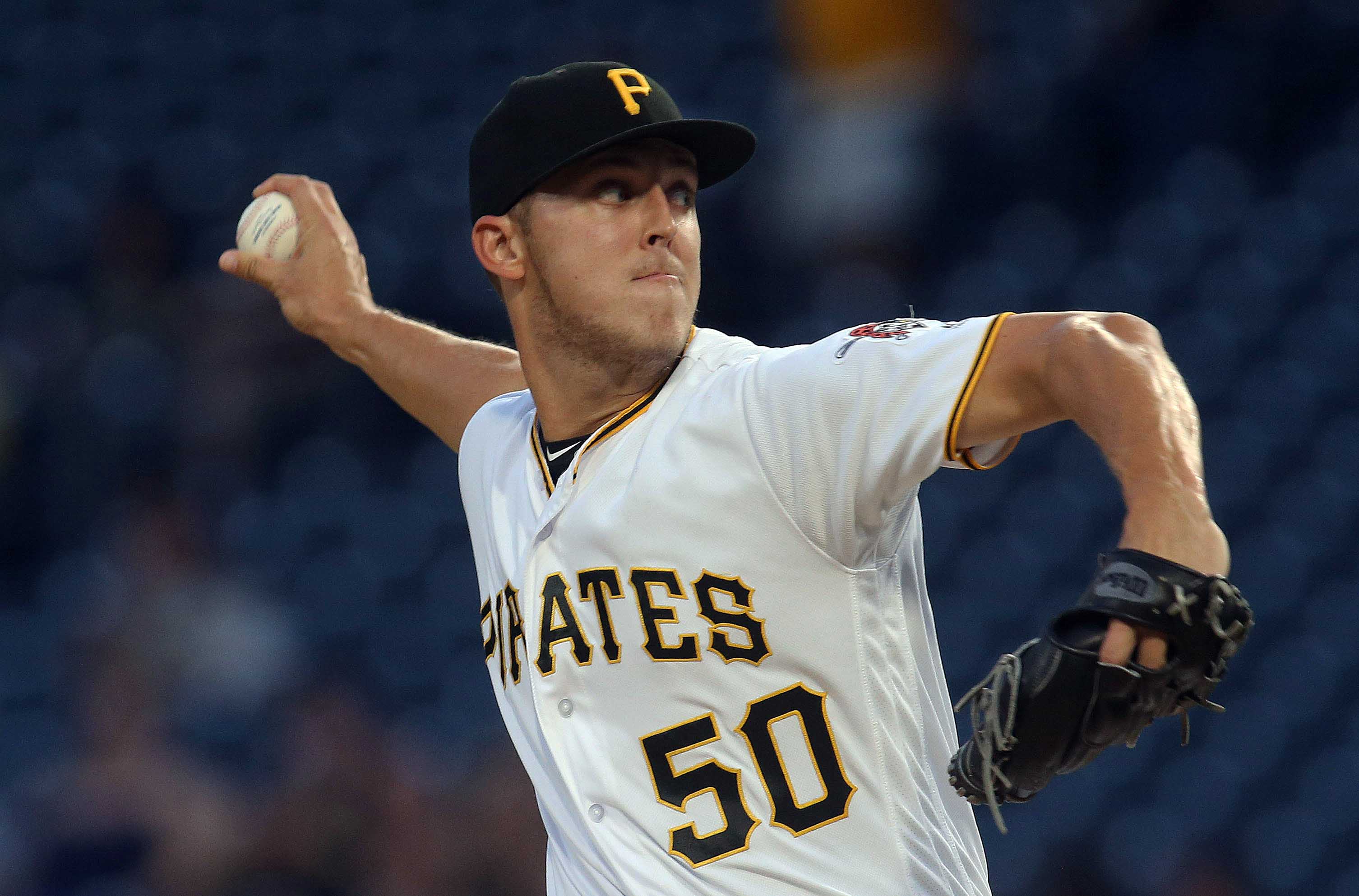 Despite being out of the playoff race, the Pittsburgh Pirates are playing good baseball down the stretch, often utilizing lineups that look more like ones utilized in Triple-A at Indianapolis throughout the summer.

What doesn’t look like Triple-A baseball has been the rise of Jameson Taillon into a bonafide ace for the Pirates’ staff.

Trevor Williams stole the headlines this summer after the All-Star Break with his dominant performance, nearly breaking Jake Arietta’s second-half ERA record from the 2015 season, but the one steady constant that’s been overlooked not just in the second half, but most of the year, has been Taillon’s dominance.

The big right-hander struck out a career-high 11 hitters Tuesday night against the Kansas City Royals at PNC Park, and worked through his 20th straight start allowing three earned runs or fewer.

Think about that: for 20 consecutive starts, the Pirates have been able to count on Taillon working at least five innings, allowing three or fewer earned runs. That’s remarkable, and shows the Pirates invested in the right young arm, developing Taillon into an ace that staff has so desperately needed over the last few years.

Through 30 starts this season, Taillon has averaged 5.93 innings pitched, allowed roughly 2.78 runs per game, recorded 5.56 strikeouts and 1.4 walks per game. Comparing that to a guy like, say, the Mets’ Jacob deGrom?

deGrom averages 6.73 innings per start, 1.33 earned runs per game, 8.36 strikeouts and 1.5 walks per game. Taillon’s numbers aren’t far off from the best pitcher in the National League, and arguably the best starting pitcher on the planet right now.

That three earned runs or fewer mark should sound quite familiar to Pirates fans, considering deGrom just broke a 108-year-old MLB record with his 26th straight start allowing three or fewer back last Tuesday against the Miami Marlins.

deGrom is well on his way to winning the National League Cy Young award, but Taillon’s string of consecutive starts allowing three or fewer runs is right on pace with the Mets’ ace. Yes, Taillon won’t reach deGrom’s mark of 26 (and counting) this season, but he’s not far behind in the race and could surpass the mark next season should deGrom falter early in the year.

With all the talk about the Pirates’ collapse in the standings following an aggressive trade deadline by general manager Neal Huntington, guys like Taillon, Joe Musgrove, Williams, and even an offensive piece like Josh Bell have been overlooked at times by the media, both in the city of Pittsburgh, as well as nationally.

In Taillon’s 20th consecutive start allowing three or fewer earned runs, he recorded an astonishing 20 swing-and-misses against the Royals, 11 of which came off of his four-seam fastball. The former No. 2 overall pick out of high school in Texas simply overpowered hitters last night. That was so encouraging to watch because he’s getting better as the season winds down, even after surpassing a career-high in innings pitched.

While the Pirates fell out of contention in mid-August, they’ve played well down the stretch as a team, winning four straight and 10 out of their last 14. A lot of that has to do with the remarkable starting pitching they’ve received lately, highlighted by Taillon’s electric start Tuesday night at PNC Park.

It’s fun to watch an ace deal on the mound, especially when he’s wearing a Pirates jersey.