The Fujiwara Between Blogging and Giving Up 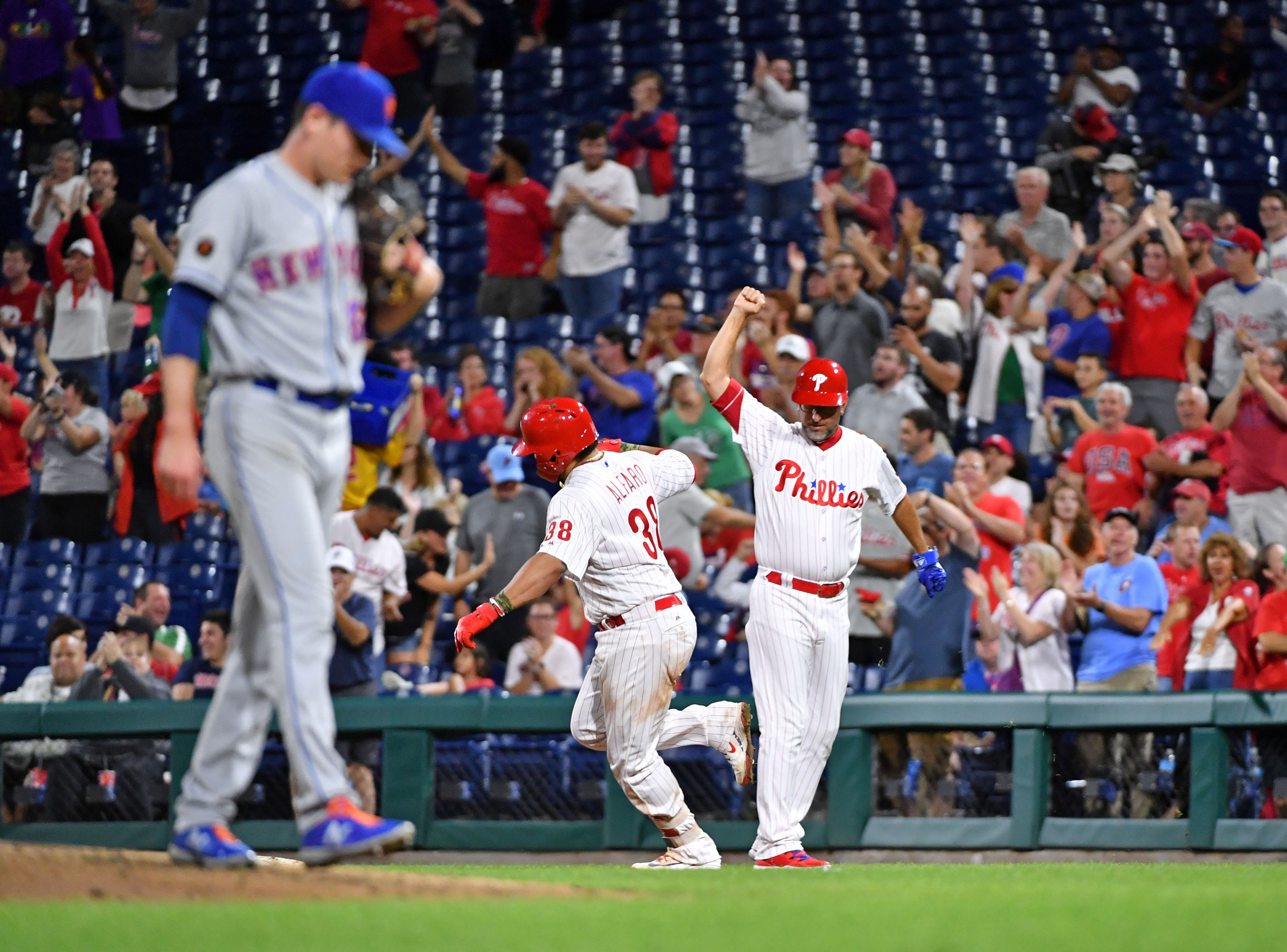 The Fujiwara Between Blogging and Giving Up

Blogging about these games has become a nightly race between being able to come up with something you’ll enjoy, and bagging it and going to sleep. Sleep doesn’t often win, but every once in a while it does and I wind up getting up at 7AM in a panic and getting to the laptop and writing down some nonsense just to say I did it so I can go back to sleep guilt free.

Today, sleep was in the lead for a while. It’s still neck and neck, so I have to type fast.

It was shaping up to be a Steven Matz kinda night. Between his home run off Aaron Nola (which he hit for “his friend“), and the play you’re going to see below, it should have been enough.

But the bullpen, like they have so many times this year, torched a victory. Jerry Blevins, just at the moment when Gare was discussing whether he would be brought back or not, walked a guy and hit a guy. Then Drew Smith came in to try to mitigate the damage. Smith came into the game wiht a 1.85 ERA and a WHIP of 1.12. I had previously stated that I was impressed with this kid. With that one statement, I probably ruined his career. Exhibit A: a single to Wilson Ramos, a double to Justin Bour, and a three run HR to Jorge Alfaro. (For the record, that’s two catchers in three batters … which I guess you can do if you have filled up all 40 September roster spots. Must be nice.) That would be all she wrote for this game, as Smiths’ ERA rose all the way to 2.92, causing me to irrationally wonder about his place for next season.

Billy Beane recently told Tom Verducci that he still doesn’t watch games because he doesn’t want one moment to cause him to make an irrational decision. Maybe I shouldn’t watch so that I don’t go from loving guys to hating guys. Maybe none of us should watch, for the good of our collective sanity and our quality of sleep.

Speaking of which, I made it.