Three Is A Trend 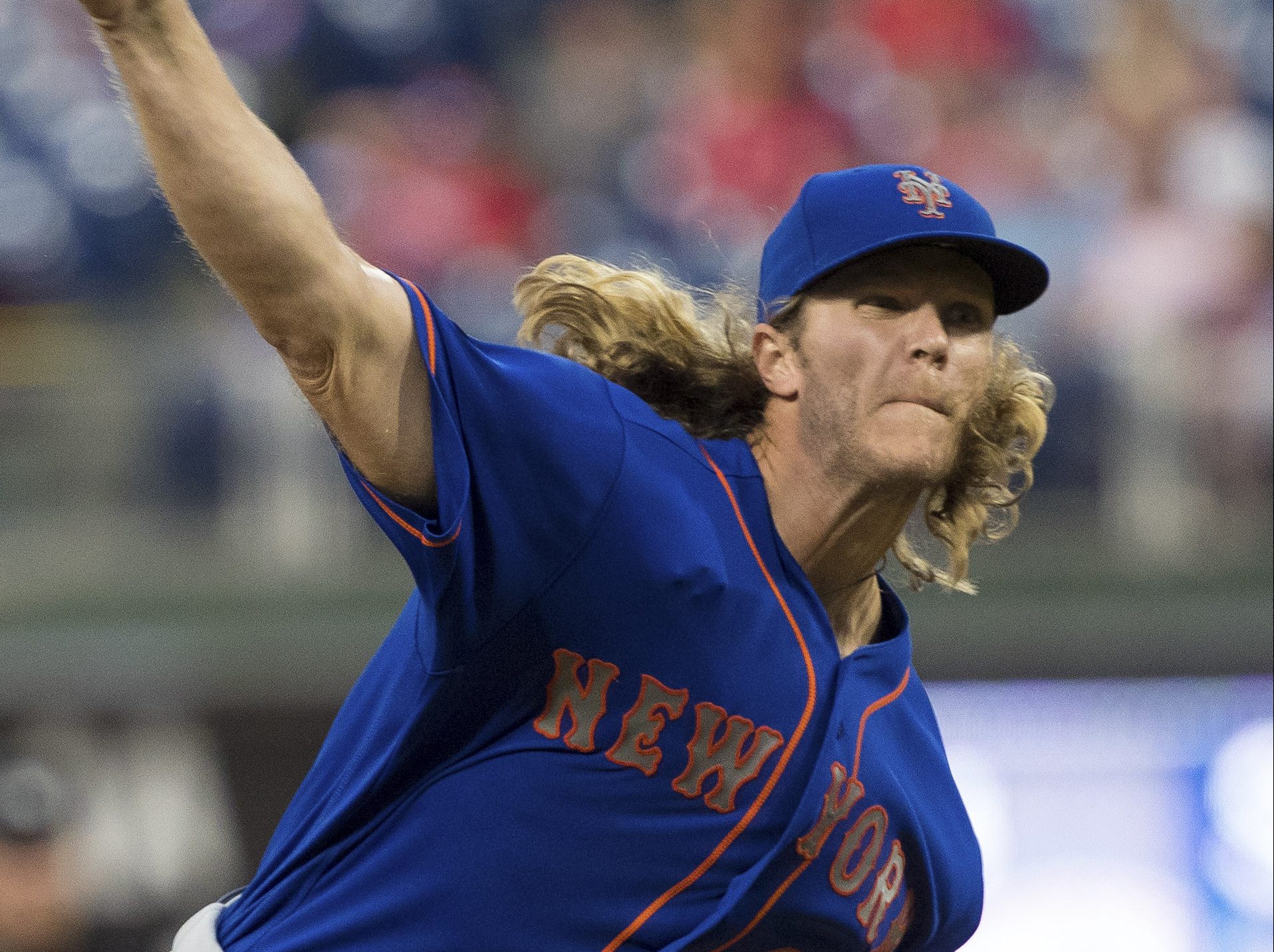 Three Is A Trend

Noah Syndergaard came into Wednesday’s game against Philadelphia with a 1-1 record and a 5.51 ERA against the Phillies. His WHIP in those two games is over two. They say one is a fluke and two is a coincidence, and in his third game against the Phillies this year he gave up three runs in four innings (including a solo HR to Rhys Hoskins) before Mickey took him out after four innings and 89 pitches because to hell with this shit, right?

Unlike Syndergaard, whose status with the club seems to be locked in for 2019 unless the team does something stupid like trade him to the Padres, Jerry Blevins is a free agent next year, and has had a good second half of the season until he got to Philadelphia. Blevins hasn’t had the best of luck in Philly either this season, and that continued with his two runs given up last night, and the one he gave up tonight as soon as Syndergaard left the game. A walk, a single, and a double to Jose Bautista gave up the final run of the game, and the following three and a half innings felt like two teams playing because the schedule said so.

I’m not sure we learned anything useful except that Syndergaard doesn’t like pitching against the Phillies, the Mets will have their 8th losing season in ten years, and Gabe Kapler should not be given 40 players to work with. Seriously, Kapler had the entire organization at his disposal while the Mets bench consisted of three catchers and Jack Reinheimer. And you wonder why I warn people that September baseball is useless.

But back to that whole eighth losing season in ten years … yeah, that’s bad. Makes you think that whatever the instincts are of the C.O.O. to fix this thing as he’s done for the past ten years or so, he should probably just do the opposite.

The ball is three feet outside and Neshek wants a touchdown? Jeez. Go ask Pederson for the Philly Special, would ya?

I wonder if Neshek would autograph this blog post.