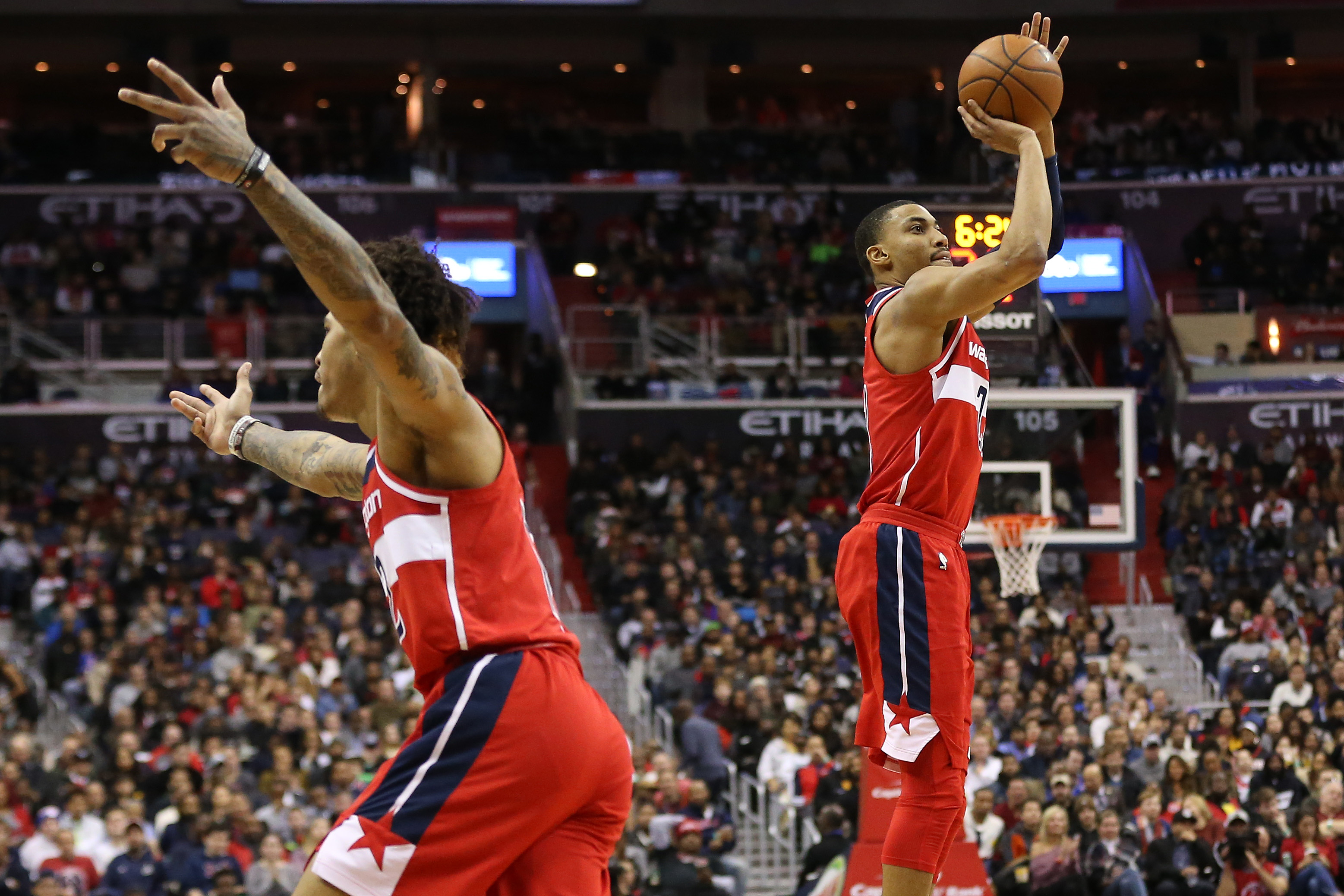 With the Washington Wizards starting training camp next week and preseason next month, it is important to take stock of where the roster stands at each position. Who is the starter, backup, and reserve players? What did they do last year and what should we expect this year. Here are the breakdowns for the point guards and shooting guards.

Many will debate whether Porter deserved a max contract (and he probably did not), but Washington was forced to match his offer sheet from Brooklyn or see him walk with nothing coming back in return. In another season where he improved his production and remained a lethal three-point shooter, Porter still remained the third option at best and could easily disappear late in games. The Wizards will need him to develop into a fringe All-Star caliber if they hope to take the next step as a team with extremely limited salary cap avenues.

It will be very interesting to see how much usage Porter gets this season now that Dwight Howard is in the fold and likely to desire a lot more of the ball than Marcin Gortat did last season. Much has been made about Porter not being aggressive enough as the reason why he does not get enough shots, but Scott Brooks has already said that is on him and John Wall. Porter will remain a great spot up shooter that Wall can dish to, but the forward has to develop into a legitimate third option that can create for himself that forces opponents to game plan around him.

Otto Porter Jr. before the game: "This is pretty much a must win for us."

Porter during the game: #Onions pic.twitter.com/qCvzjqTlGb

It was a roller coaster of a season for the lanky wing last season. He started off quite hot, then regressed hard, and never seemed to get to the same high-level production that glimmered in 2017. The inconsistency led to Brooks having a short leash for Oubre and sometimes having Tomas Satoransky eat up minutes at small forward. Not naïve to this, Oubre admits he can be unfocused and erratic, but vowed to do better.

Entering the last year of his rookie contract, Oubre has to have a productive and more importantly consistent season if he wants any hope of cashing in next summer. If the Wizards retain their core three, they would have to go into the luxury tax for a third straight year if they want to re-sign Oubre, but that is a long way away and its own story. The fashionable young man has been in “The Trenches” all summer working hard with the legendary Drew Hanlen, which should translate to another jump in his still-developing game.

Production in college does not mean a whole lot because it is all about projecting what level talent Brown will be as a pro. Despite his age, he is an extremely smart young man and his solid basketball IQ is one of the biggest reasons that Washington selected him with the No. 15 overall pick in this year’s draft. Brown’s playing time will likely be limited and could see him with the Capital City Go-Go in the G League, but he is an insurance policy on Oubre and even Austin Rivers or Jodie Meeks since he can play shooting guard if needed. He may not be the flashiest player but he knows how to play the game.