MLB Trade Rumors: Could Giants ace Madison Bumgarner be on the move? 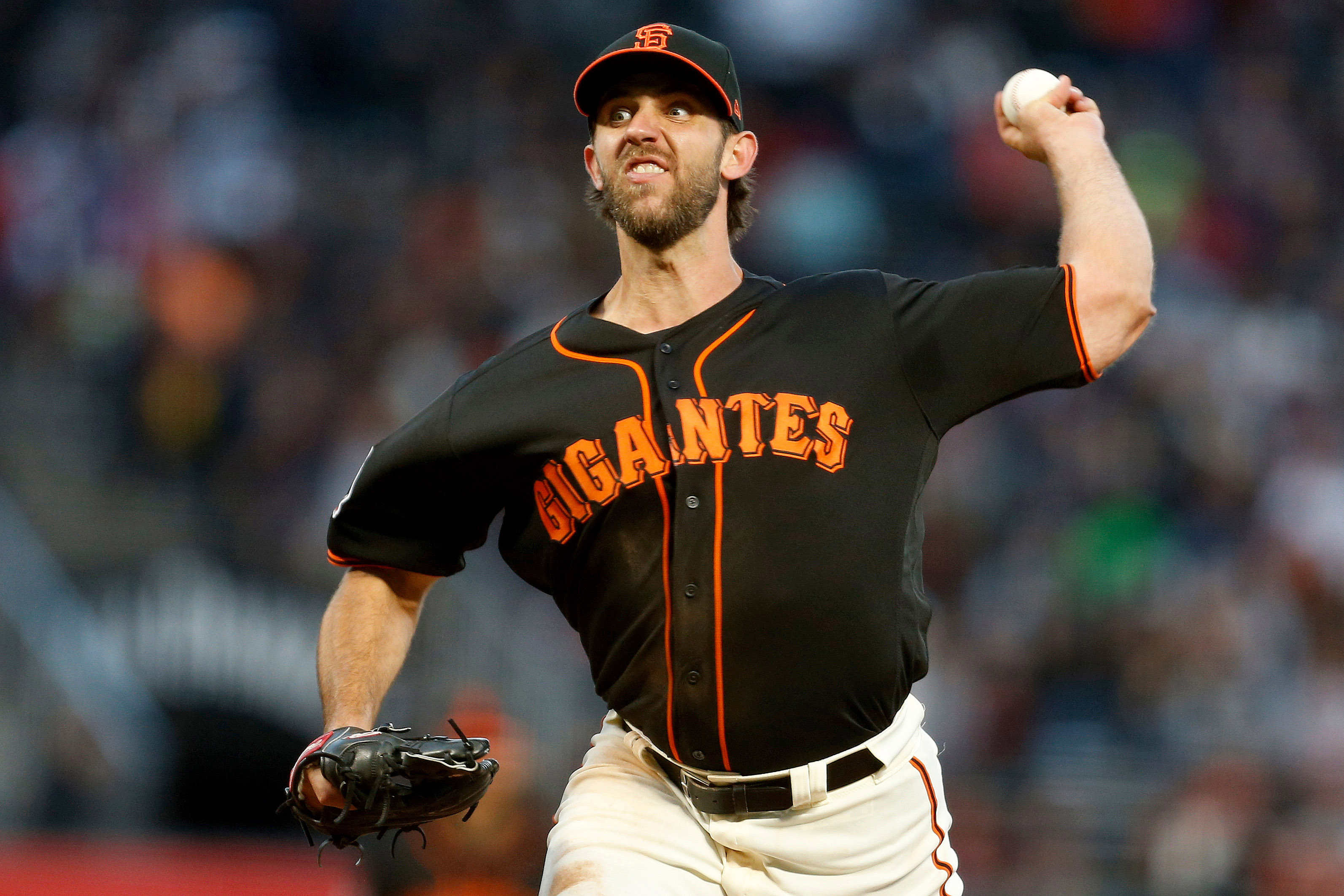 MLB Trade Rumors: Could Giants ace Madison Bumgarner be on the move?

It’s no secret that Madison Bumgarner is one of the most dominant lefties in the game, when healthy, but there are some red flags that come along with him as well.

The Giants ace occasionally gets issues on the mound with his opponents, due to his fiery disposition, which has led to a few fights. But, most importantly, he’s had some injury issues that have led to shortened seasons. It’s no secret that 2016 was the best year of his career, when he started 34 games — with a 15-9 record — and posted a 2.74 ERA. But since then, he’s started only 36 games combined, and may only pitch one more time this season.

And, most importantly, he’s probably going to command a large contract in the future. He has a team option for the 2019 season, but unfortunately has not heard back from the Giants yet, sparking trade rumors. Henry Schulman of the San Francisco Chronicle provided the details.

The Giants could reward Bumgarner with a rich extension that a pitcher with his pedigree would seek when he reaches free agency for the first time. They could exercise his option for 2019 and let the season unfold, punting a decision until the July trade deadline or next offseason.

Or, they could accelerate their rebuild after a second consecutive losing season by trading the 29-year-old left-hander now for younger players, a direction to which teams in the Giants’ position historically have turned.

Bumgarner said he remains open to extension negotiations, but he and his representative have not heard from the club.

We could definitely see Bumgarner getting traded, as the Giants aren’t an organization that overpay veteran free agents. Bumgarner turned in a number of great years for the team, and helped them win three titles (2010, 2012, 2014). They got plenty of stellar performances out of him, especially in the postseason, but it may be time to move on. Stay tuned.