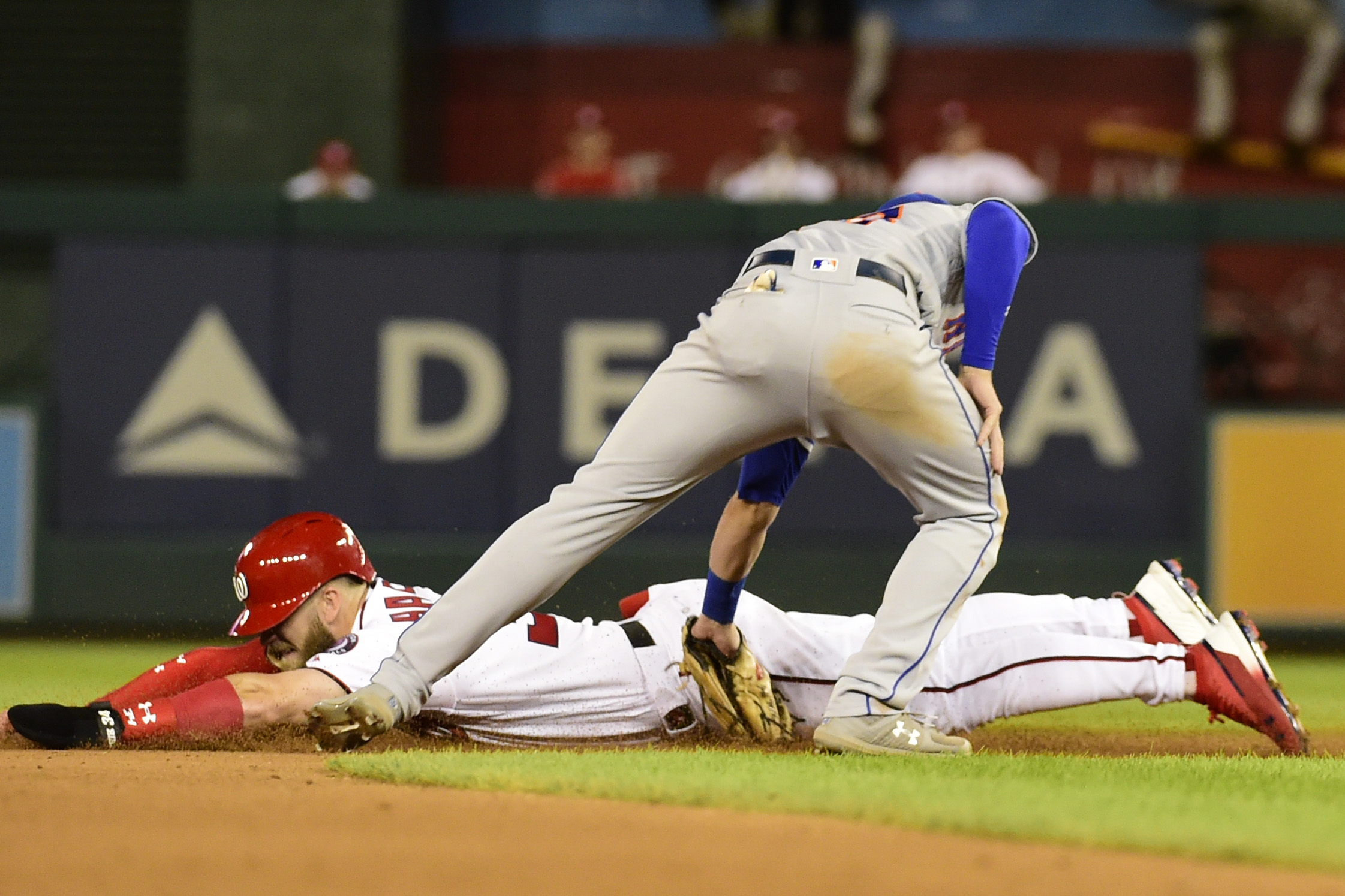 The New York Mets (71-82) had a successful night in our nation’s capital yesterday. The offense picked up three runs against Max Scherzer, putting a dent into his Cy Young hopes by raising his ERA, and the Mets held on for a 12 inning, 5-4 victory over the Washington Nationals (77-76) to snap a two game losing streak. The Mets will look to move closer to officially eliminating the Nationals from playoff contention when the two teams continue their four game series tonight. First pitch for today’s game is scheduled for 7:05 pm at Nationals Park.

The Mets will send their ace, right hander Jacob deGrom (8-9, 1.78 ERA), to the mound today. deGrom was solid again in his last start, allowing three runs in seven innings against the Boston Red Sox on Sunday, but was not a factor in the decision of a game the Mets went on to lose 4-3. The Nationals will counter with righty Joe Ross (0-0, 3.00 ERA). Ross made his return from Tommy John surgery on September 13th, allowing two runs in five innings of work, but did not receive a decision for his efforts. The Nationals went on to lose that game 4-3.

The Floor Seat 8m ago