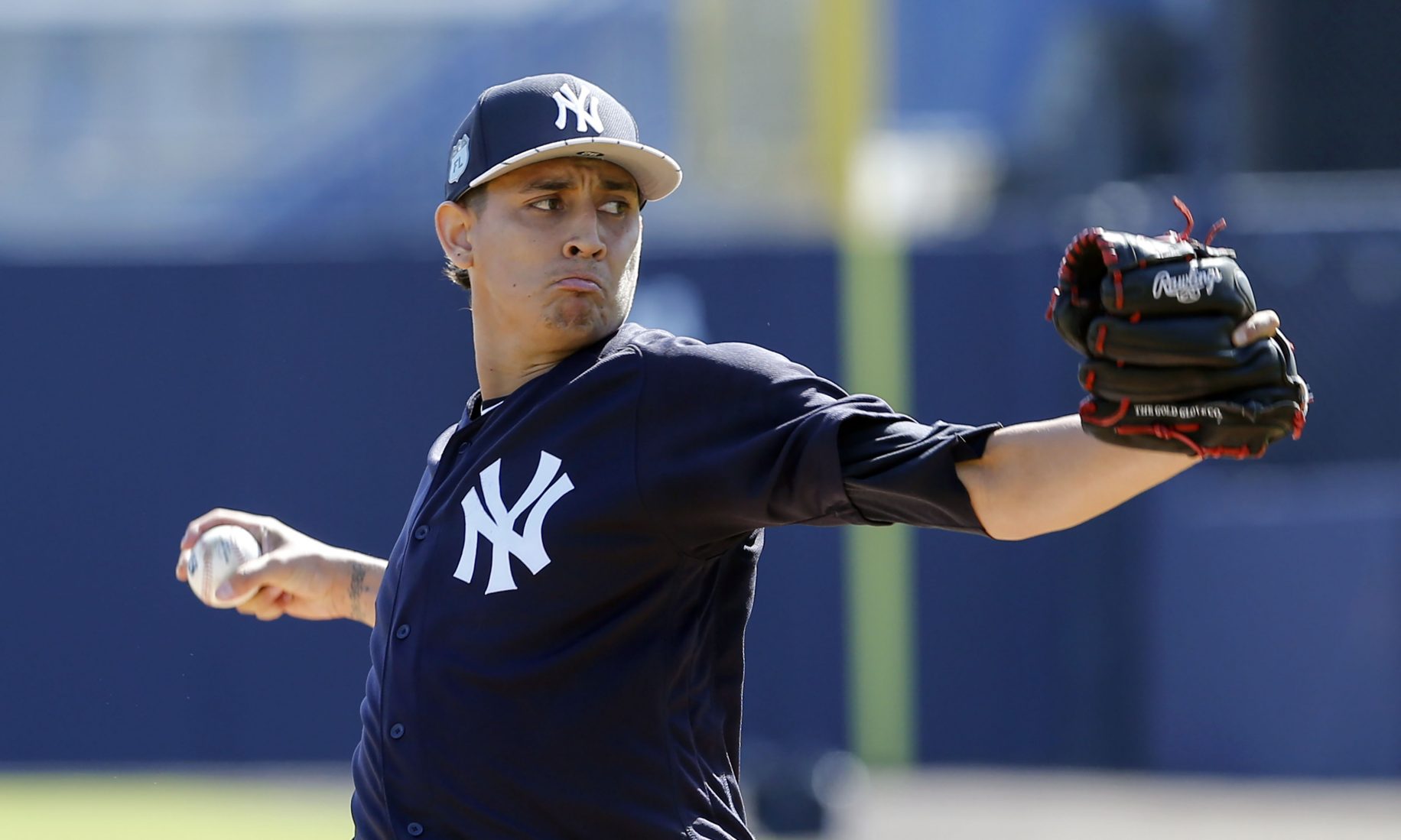 Gallegos — rated as the Cardinals #22 prospect by MLB Pipeline — was acquired by the Cardinals, along side lefty Chasen Shreve, in the July 28th trade with the New York Yankees that sent Bronx sensation Luke Voit the other way. My personal feeling, at the time, was that the Cardinals gave up next to nothing to get immediate impact from Shreve and a legitimate sleeper in Gallegos. Obviously, Voit has proven to be far more than nothing for the Yankees, as he has slugged 10 HR’s in 30 games. Shreve has disappointed, as his promising career numbers away from Yankee Stadium — numbers that made me believe a scenery change would take him to new heights — have been a mirage, so far.

And now we turn to Gallegos.

First, the 27-year old Gallegos features a typical reliever’s repertoire. Per Brooks Baseball, he has a 4-seam Fastball that averages 94 mph, a Slider that averages 86 mph, and he shows a Change-up at 87 mph. Nothing crazy.

Next, if there is one number that jumps off the page when you look up Gallegos, it’s the strikeout rate.

I don’t know if a change in pitch calling and approach led to these differences or if it is simply small sample randomness, but the numbers with Memphis appear to be the more sustainable version of Gallegos.

If you are disappointed in that 27.1% strikeout rate, don’t be. For perspective, if he is to carry that same rate to the Cardinals, it would rank 4th in the bullpen behind only Brebbia, Norris, and Shreve. So he immediately becomes one of your biggest weapons, on paper.

You may be thinking that high strikeout rates often come with high walk rates. That was something we saw with Rosenthal, who has a career BB% of 10.3%.

That isn’t the case with Gallegos.

To put that in perspective, a 5% walk rate would be Top 10 among qualified MLB relievers. A 7% walk rate would still be Top 40. If he were to simply carry the 6.3% rate that he had with the Yankees, he would have the lowest walk rate among Cardinals relievers with at least 10 innings pitched. Mike Mayers currently holds the staff low at 7%.

The Cardinals bullpen has been inconsistent. The 8th and 9th innings appear to be on solid ground with Jordan Hicks and Carlos Martinez, but getting to those two has been a challenge. Also challenging has been protecting leads when those pitchers are deployed in consecutive games, and thus unavailable. Mike Shildt has done his best to walk the tightrope, but he could use another stable arm. John Brebbia is showing himself to be a capable 7th inning (8th or 9th when the others are unavailable) guy with strikeout punch. Bud Norris, if right, can also serve the team well in that role. Dakota Hudson has been a favorite, but he looks gassed after the largest workload of his life. Dominic Leone and Mike Mayers are inconsistent, sometimes looking great and sometimes not.

Gallegos could prove to be another inconsistent arm that flashes potential, or he could be a capable setup man to go with Brebbia. Brebbia also serves as a solid comparison for overall performance, as their career strikeout and walk rates are similar. However, they get their results — outside of the strikeouts — a little differently. Brebbia is a fly ball pitcher, with 51.7% of batted balls being put in the air over his career. Gallegos has a FB% of 41.2% in his MLB career, and has been right around 39% this season. Nearly all of that difference comes in groundball rate, with Brebbia’s career mark at 28.6% and Gallegos at 36.5%.

The aforementioned strikeouts are something that this unit sorely needs, as they rank 29th in baseball in K% (19.5%) in the 2nd half. The low walk rate that he has displayed throughout his career also addresses a serious issue in the Cardinals bullpen. The unit currently has a walk rate of 12.9% in the 2nd Half. That is the worst rate in baseball during that time period. Adding a pitcher that can both give strikeouts and limit free passes could prove to be huge for this team.

Gallegos addresses those needs, at the very least.

At best, he could serve as a dynamic setup man that settles this bullpen before (hopefully) a deep playoff run.

We will know soon enough.

In a season defined by system depth, it will be exciting to see yet another young, and electric, arm make its way to the Cardinals.