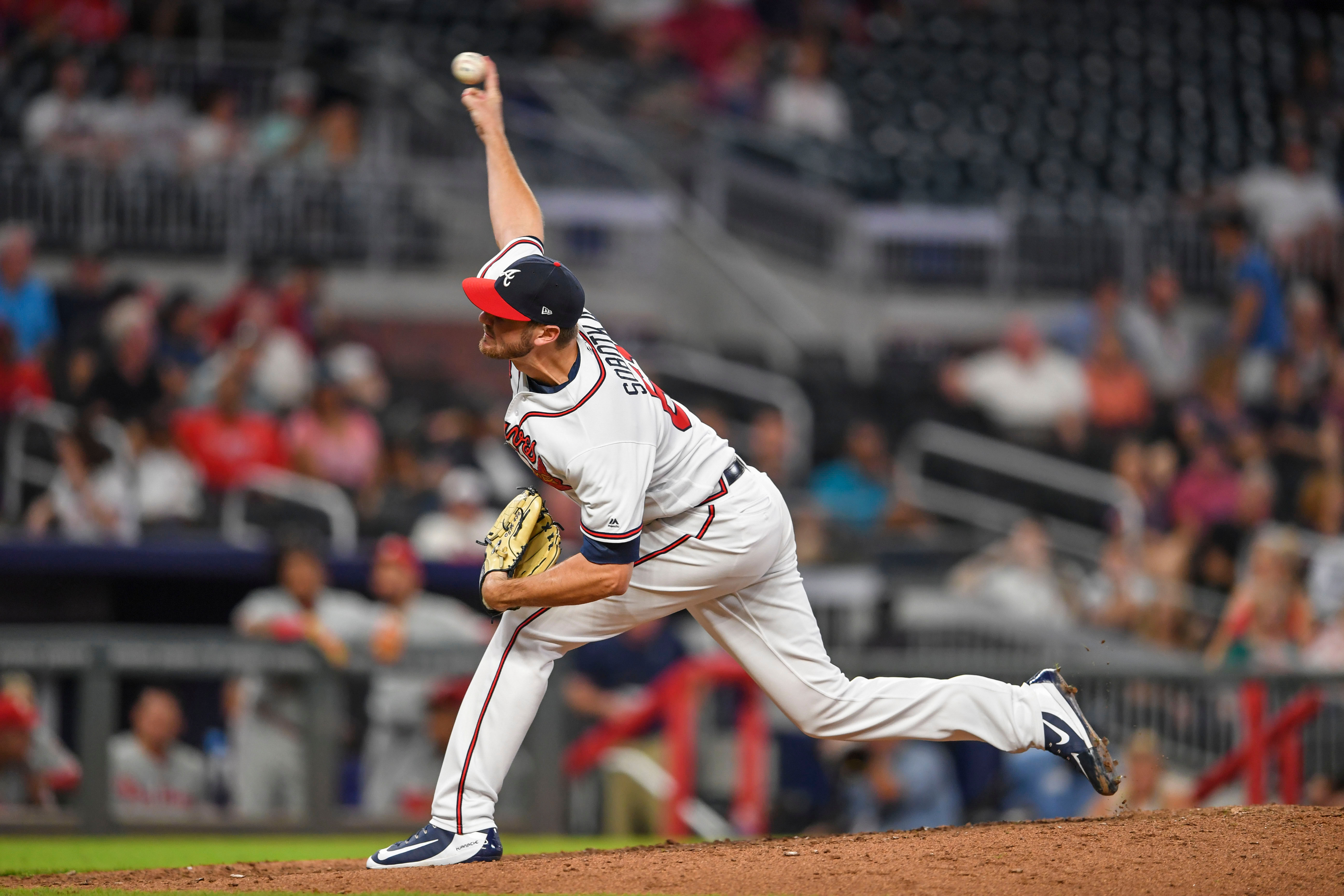 When the Atlanta Braves drafted A.J. Minter with the 75th pick in 2015, they knew what they were getting themselves into. It was a simple scouting report – first-round talent with high 90’s velocity who could be a difference maker. Braves scouting director Brian Bridges even said the Braves would have selected him as high as 28th based on what they knew heading into the 2015 season. However, they passed, ultimately selecting right-hander Mike Soroka instead. The reason why? Because Minter had Tommy John surgery a few months before.

It was the kind of decision teams make now more frequently than ever before – a testament to the advances in modern medicine that we’ve seen. But for the Braves, it should have come as no surprise that they threw caution to the wind and opted for the high-risk, high-reward path. After all, their first pick that year was Kolby Allard, who was dealing with back issues. And then, the previous year, they had selected another college arm they thought could be a difference maker in the bullpen – Chad Sobotka. Last night, Sobotka flashed the potential that the Braves believed he was capable of four years ago.

A Sarasota, FL native, Sobotka joined the University of South Carolina-Upstate in 2012, saving a dozen games with over a strikeout an inning as a freshman. He added a 1.72 ERA. His sophomore campaign was nearly as good with another seven saves and 45 K’s in 37.1 innings. The plan was for Sobotka to join the starting rotation in 2014 for his junior season, but he suffered a stress fracture in his back.

With just two years of data from a lower-rung college baseball league and a pretty impressive run in the Cape Cod League, the Braves were given an option of going with Sobotka coming off a back injury or selecting a safer option. The Frank Wren-era is known mostly for drafts that focused on safe, signable selections, but in 2014, they took their chances. They went with Sobotka and even signed him slightly above slot.

Sobotka wouldn’t pitch for the Braves that summer. When they did get to see him in 2015, his season was hardly impressive with a 6.32 ERA in 37 innings. However, in 2016, we started to see a glimpse of the player the Braves believed Sobotka was capable of being. Pitching mostly for Single-A Rome and Carolina, Sobotka finished the season with a 3.03 ERA in 38.2 innings. He struck out 45 and walked just 15. Sobotka closed the campaign with two games in Mississippi and prospect experts figured he might be in the majors for the rebuilding Braves shortly.

Things came crashing back to Earth quickly in 2017 for Sobotka as consistency with his mechanics eluded him. Expected to continue his previous year’s success in Double-A, he was banished back to A-ball after a 5.52 ERA. Things didn’t get much better in Florida for the tall righty. Top prospect lists which graded Sobotka as a climber who was moving up the ranks the previous year now dropped him like a bad habit.

The Floridian kept the faith and worked hard to better repeat his delivery as 2018 opened. Again, he was back in A-ball, but this time, the results were golden. He struck out 28 in 20.1 innings to just seven walks. That earned a promotion up the ladder to Mississippi where he continued to impress. After another 22 games in Double-A, Sobotka finally moved up to Gwinnett. Every step of the way, he did nothing but impress until earning a promotion to the majors on August 10. And wouldn’t ya know it? He’s been darn impressive in Atlanta as well.

While the Braves bullpen has struggled at times, Sobotka has largely avoided similar troubles. In eleven games, he has only allowed runs in two of them. The control hasn’t been perfect – 8 in 11.1 innings – but hitters have found trouble avoiding whiffs as his 16 strikeouts clearly show. And by large, when they do connect, they are only mustering a 86.6 mph exit velocity, slightly below league average.

It is more than fair to suggest that Sobotka has not had much time in the majors and as better scouting reports become available, adjustments can only help hitters as they prepare to face the righty. It’s also just as fair to argue that Sobotka still needs to tighten up his control. While sample sizes certainly are playing a role, some advanced metrics like FIP and expected wOBA do not love Sobotka right now.

We do know this, though. Sobotka has the same high-level potential that was attached to him when he was picked by the Braves in 2014. That’s never been in question. With his large 6’8″ frame, the downward plane Sobotka gets off his high-90’s heater is difficult for hitters to properly gauge. He’s just as good with the pitch high in the zone for whiffs as he is lower in the zone for soft contact. Sobotka’s strikeout pitch is a sweeping slider that drops off the cliff as he reaches hitters. This gif from @PitchingNinja is slowed down and shows how much bite the slider has.

Is Sobotka here to stay? Did the Braves, a year before grabbing Minter, make a similar high-risk, high-reward pick that is going to pay off big? It’s quite possible. Sobotka is eligible for the postseason roster and with the struggles the Braves pen has had of late and Sobotka’s high-end performance, it’s difficult to imagine Sobotka not appearing in the postseason should the Braves do as they are expected to and wrap up the NL East soon.

You can follow me for more Braves updates at @WalkOffWalk1.