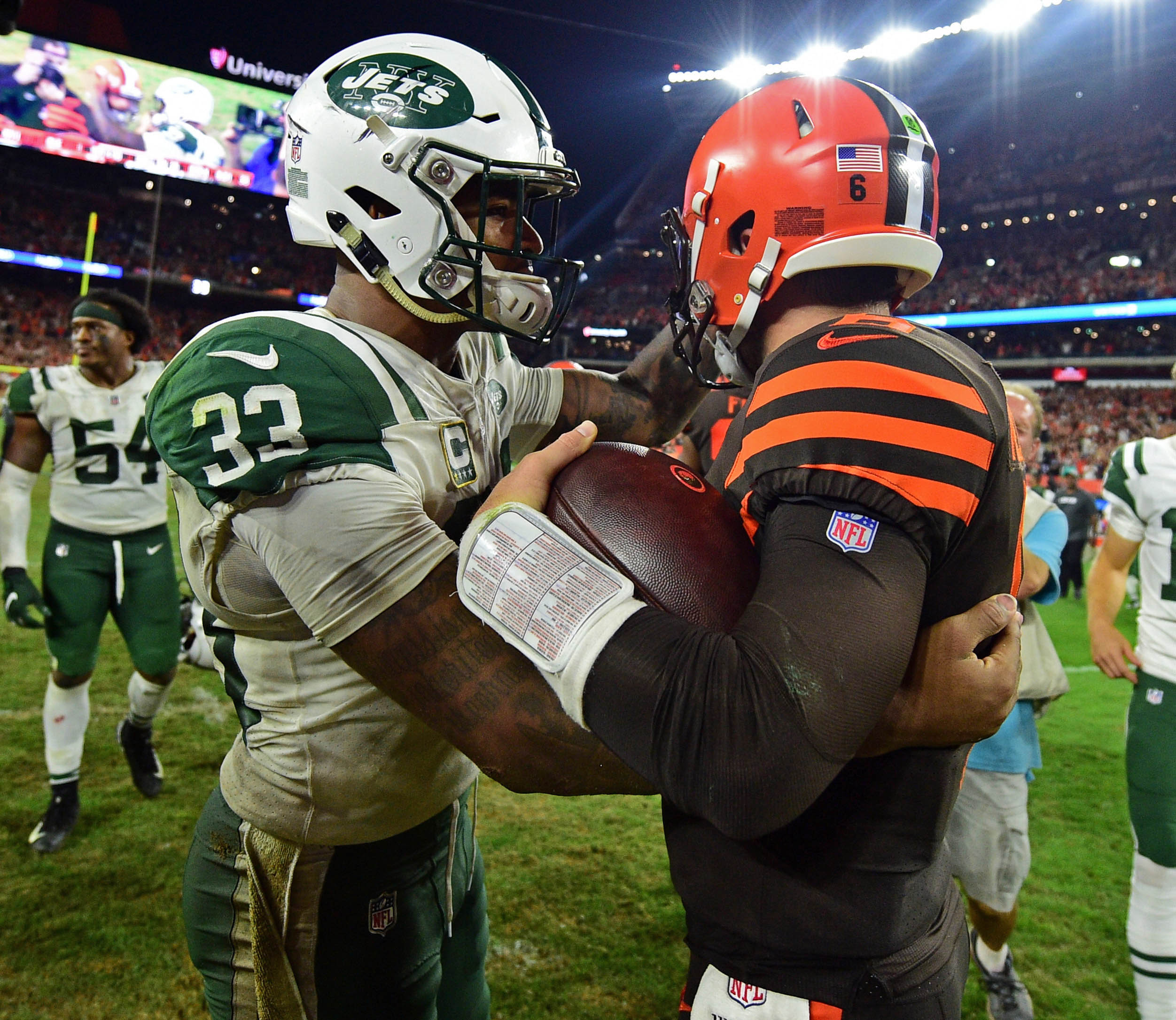 Be careful what you wish for, folks. As your wishes just might get granted. I’m sure by now every single NFL fan has seen this past Thursday’s game. If not, at least you know what happened. The Cleveland Browns defeated the New York Jets to pick up their first win since 2016.

Okay, so that’s old news. But just in case you weren’t satisfied with the overload of Baker Mayfield’s major debut, here’s a story that you will love. Apparently before the game, last Thursday, the New York Jets defense had a master plan that was key to a victory, or so they thought. They wanted to make (former?) starting quarterback, Tyrod Taylor’s night miserable.

Not only did they want to make it tough for Taylor, though. They wanted to specifically make sure that he does so bad that he gets benched for the No. 1 overall pick, Baker Mayfield. Well, the plan went accordingly. And boy oh boy, did the Jets defense have to eat their words.

Be careful what you wish for…

Want to know what the Jets defense wants? They want the Browns to have to play…Baker Mayfield 🔥🔥🔥🔥🔥🔥🔥#jets #browns pic.twitter.com/rXE5KT6Oim

Somehow, ESPN’s Dianna Russini’s pregame tweet did not garner a ton of buzz after the game. To put it just, this statement by the Jets’ defense did not age well at all. While they did hold Taylor to almost nothing (4-14, 19 yards), Mayfield brought in an entirely new life to the Browns offense and formed a comeback.

Mayfield came in firing the ball. He completed 17 of his 23 attempted passes for 201 yards. While he has yet to throw his first touchdown pass as a pro, he may have the best accomplishment by an NFL rookie playing in his first game. Mayfield caught a pass as the Browns attempted a two-point conversion.

It was at that point that the Jets defense knew they would regret what they said before the game. As soon as Mayfield took the lead, the Browns moved the ball with authority and gained a swagger that we haven’t seen in a very long time.